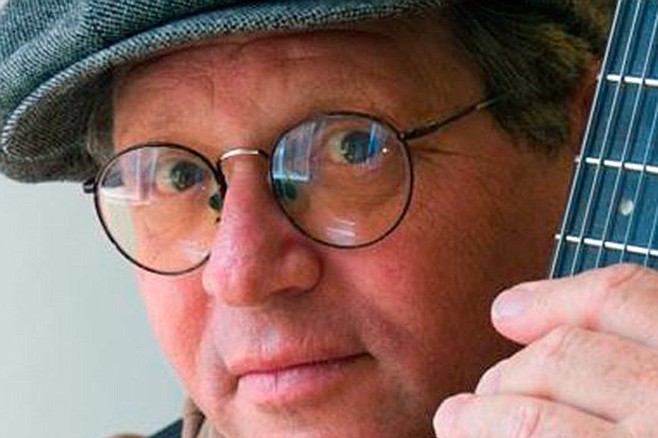 “Might have to hire some dancing bears or something for the occasion."

Rancho Peñasquitos punk metalheads Neurotic Mirage will premier Psycho Carnival at Navajo Live on May 5. “We're going to be performing the new album in its entirety,” says singer-guitarist Nathan Mansi. “Most of the songs have never been played live before.” The circus-themed record (“almost everyone is living in a Neurotic Mirage with tickets to the Psycho Carnival”) was recorded at local Double Time Studios with Jeff Forrest.

2019 SDMA Best Singer-Songwriter nominee Missy Alcazar, one of the dueling pianists at the Shout House, debuts a new single May 7, “Goodbye.” The accompanying video was shot in the Philippines, and an upcoming album release party (date TBD) will feature actress Gabrielle Maiden of the Netflix sci-fi series Stranger Things 2.

When Tori Roze & the Hot Mess plays Rosie O’Grady’s on May 18, they’ll be offering attendees a new cassette-shaped USB drive that includes all three of the band’s albums.

Blues singer-guitarist Robin Henkel, who has logged more gigs on the Reader’s Local Music Database than any other local (over 1000 in 10 years), will be backed by a full band when he debuts a new album May 24 at Dizzy’s. “Might have to hire some dancing bears or something for the occasion. Yep, it’s my 14th record release since 1979, but the first for the horn band, of which I’m very proud. Writing these tunes and horn arrangements is truly a life’s work.”

The High Gallery, featuring members of the Jones Revival, drops their High Gallery III album on May 24. "Being that this is the third release from the band, the artwork not only denotes this, but also encompasses the process of growth and enlightenment we embarked upon while creating this record," says bassist Mark Wiskowski (Swedish Models, Cape May). "We overcame personal difficulties and obstacles that occurred along the way only for us to come out the other side as stronger, more creative individuals and musicians." The album was recorded at the BabyshakerWest and Iacon Studios with engineers Frank Torres and Busfare and mastered by Maor Applebaum.

Psychedelic speed rockers Pharlee will premier their self-titled debut record May 15 at the Pour House in Oceanside, for a bill that includes LOOM and DJ Lexicon Devil. A new punk band called Bathwater Babies just released the first single off their upcoming debut album, “Doesn’t Matter,” though you won’t be able to see them play it live until they join over a dozen likeminded locals at the Casbah on July 13 for a Jim Rao Fanclub marathon.

Mrs. Magician guitarist Jacob Turnbloom started writing new songs last June, began recording in October, and reports “Today I’m a hundred percent done tracking this solo album. Ten original songs and one cover, all recorded in three different studios with my talented engineer and bff Tommy Garcia [Mrs. Magician, Drug Wars], then tracked a bunch of stuff at home in my bedroom while I watched movies that would inspire me: Mandy, The Void, Halloween.”