Formerly Second Wind Navajo, reinvented as Navajo Live, a nightclub with live entertainment and cocktails: live music, karaoke, and comedy. It opened in early 2015 in a strip mall on Navajo Road and Lake Murray Boulevard, a couple of blocks east of State Route 125 in the Lake Murray area of east San Diego.

“We made the stage larger, upgraded the sound system, and we never have a cover charge,” says operator Chris Heaney, who has also run venues such as Brick by Brick and Kadan. Daily happy hours, 4-7pm every day, with live Music six to seven nights per week. Must be 21+ with valid ID to enter. 24 hour video camera surveillance

My favorite local liquor hole! Wheather is always sunny and 2nd wind is always in season regardless of the day, or size of the crowd. Thanks for being there when I need to forget, Rich Taylor 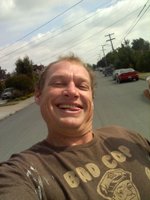