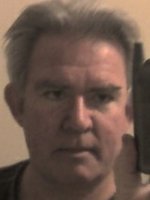 Matt Potter has been a staff writer and editor at the San Diego Reader since 1989. He reports on politics and local institutions such as the Union-Tribune, UCSD, SDSU, and the City and County of San Diego.

He is the author of the weekly Under the Radar column.

Besides breaking the Cheetahs corruption story a year before the FBI raided the offices of the San Diego city council, he has written extensively on governance, medical ethics, and human experimentation issues at the University of California San Diego.

A performance audit covering the period from August 2021, through last month has found that the U.S. Border Patrol, besieged by growing waves of immigration, has encountered big problems keeping track of more than a ...

UCSD’s costly EXCITE tests It was supposed to be a genius move: take advantage of the Covid-19 pandemic by offering virus testing to well-heeled private schools by the region’s biggest name in medicine. But now ...

Idyllic Spanish Village shaken by mystery stabbing “Then I heard male voices outside on the patio. I didn’t look up because I didn’t want to be noticed. The voices moved left to right. I never ...

A wonderful life in burlesque “She told me, ‘Go over to the theater, knock on the theater door, and ask them if they need any chorus girls.’ The chorus producer came and questioned me, ‘Can ...