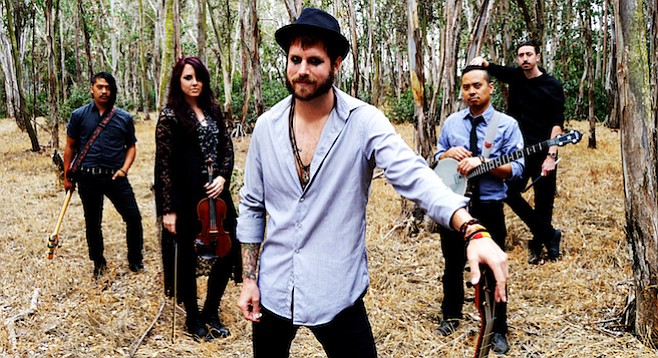 While no locals dominated the national scene in 2017, Unwritten Law, Clint Westwood, Cattle Decapitation, Little Hurricane, Quel Bordel, and Earl Thomas continue to tour the world. And while the fall-off in record sales continues to bedevil all musicians, a number of locals found in 2017 that there is decent money to be made by getting their songs placed in TV shows, movies, and commercials. Consider Lindsay Perry, the Surrealistics, Vokab Kompany, Sprung Monkey, and Super Groupie, all local artists who earned performance royalties in 2017. 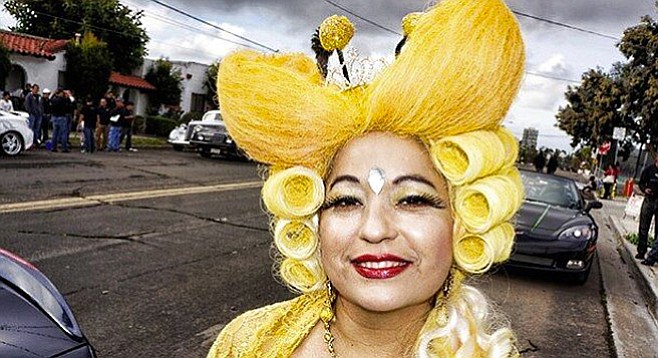 Although Alma Rodriguez says she is working on opening a second Queen Bee’s in Oceanside, the news was generally not good for all-ages venues in 2017. For seven years the 450-capacity Irenic in North Park was the favorite venue for the Soda Bar and Casbah to host national touring artists who had outgrown their own half-as-big venues. Besides, many of their more popular artists wanted to play an all-ages venue instead of a bar. Mission Gathering Church — the Irenic’s owner — did not explain why concerts by outside promoters were nixed as of December, but insiders think the church found weddings were more profitable and less risky. UCSD’s Che Café was closed for remodeling in March and its supporters hope it will reopen by the spring. The Industry, an all-ages 250-capacity punk/metal venue located in a Chula Vista industrial park, closed in January. It will reopen eventually, says founder Francisco Garcia-Velasquez, a Methodist minister. “I still believe in the passion of punk and hardcore,” he says. 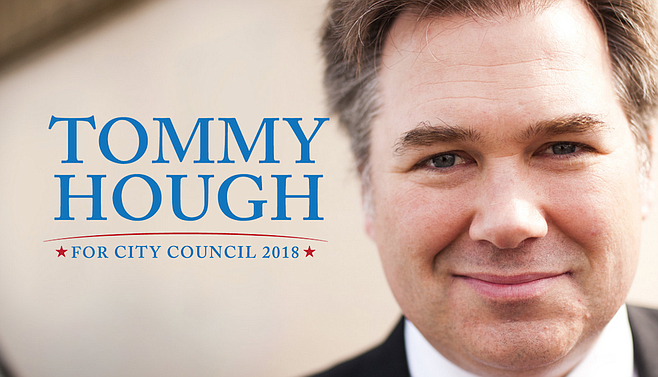 SD’s music and political worlds continued to intersect in 2017 as Tommy Hough, a local AltRock DJ since 2002, left his 91X morning-show gig and announced he would run as a Democrat to unseat District 6 city councilman Chris Cate. Longtime local bluegrass picker Dwight Worden assumed the mayorship of Del Mar last month. Meanwhile, self-professed music-lover and elected mayor Serge Dedina of Imperial Beach pledged his support for a daylong outdoor music fest near the IB Pier. Chula Vista rap-rocking headliners P.O.D. announced in October they would be headlining the Lower Left Fest in July 2018 during Sandcastle Days. Last month it was learned the Lower Left Fest would probably be moved to a date in the fall. 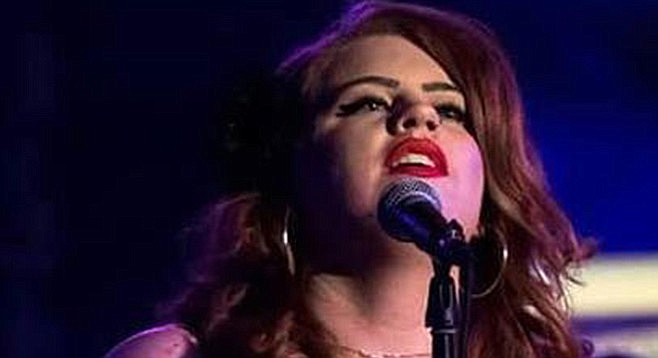 While most cities have no locally produced TV shows dedicated to pop music, San Diego has two. SounDiego and Unherd will return to the airwaves Saturday nights in 2018. Meanwhile, Tonight in San Diego, styled after the Tonight Show, et al., continues to tape a new show before a studio audience each week even though it lost its broadcast TV platform in March when XETV (channel 6) went off the air. In 2017, Tonight in San Diego had local bands such as Behind the Wagon, Casey Hensley, Skyterra, and Shay and the Hustles perform on the internet show. 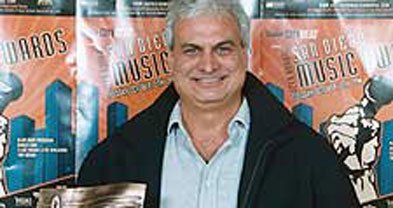 Based in Encinitas for 13 years, heavy-hitting talent manager Pat Magnarella was fired by his biggest client in September. Green Day axed Magnarella after his 21 years of career guidance that led to 12 albums that sold 30 million copies. The pop-punk trio went with New York–based Crush, which handles Panic at the Disco and Fall Out Boy. Also last year, Oceanside singer/songwriter Jason Mraz parted ways with former San Diego concert promoter Bill Silva, who discovered Mraz 18 years ago and guided him to multi-platinum stardom.

Manuel the Band won $5000 at the Del Mar Fair’s 2017 Battle of the Bands contest while third place Big Bad Rooster won $1000 for third place. They are both from Long Beach. After some controversy, it’s unclear whether the fair will restrict its contest to local bands in 2018. 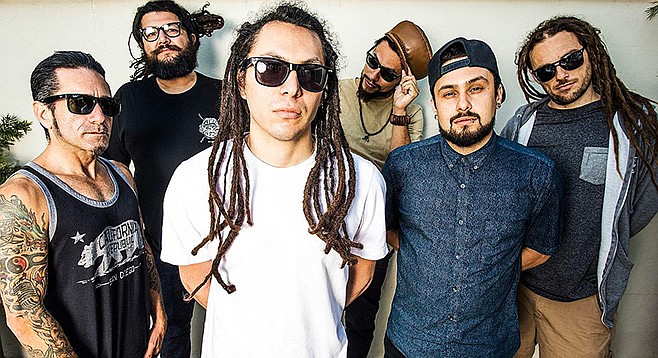 Reggae tunes didn’t get much regular-rotation radio airplay on local music radio last year. But a daylong concert series called “Beer X,” held at Waterfront Park, drew a sold-out 8500 with its reggae-based lineup in August, three times the amount that attended a punk-skewed Beer X the previous year. Rebelution sold out Mattress Firm Amphitheatre while Damian Marley sold out his headlining show at Harrah’s. Soulja, Cali Buds, and Stick Figure sold out their North Park Observatory shows. Steel Pulse drew over 15,000 to the Del Mar Race Track and local band Tribal Seeds brought in 13,000 in separate shows. The reggae buzz was not lost on the operators of the Sports Arena. They became co-promoters in the Boom Shaka reggae fest headlined by Tribal Seeds and co-promoted by the Belly Up. It was the first time in five years the Sports Arena was used for a President’s Day Monday reggae fest, previously known as Bob Marley Day.

Pacific Records, whose offices and studios are located adjacent to the Sports Arena, continued to operate its unusual label-with-a-venue relationship. Based on its arrangement with the Sports Arena, Pacific booked its own bands to play at the Sports Arena lounge (long known as Players Lounge) to entertain wandering concertgoers. Last year Pacific presented its own artists, including Ottopilot (playing during Ed Sheeran’s show), Sandollar (Hall & Oates), and Felice Garcia (Green Day). Pacific will continue to book acts during 2018, providing lounge entertainment during shows by Sports Arena headliners such as the Killers and Lana Del Rey. Pacific will also continue to host its roster artists in the lounge during Friday Gulls hockey games. 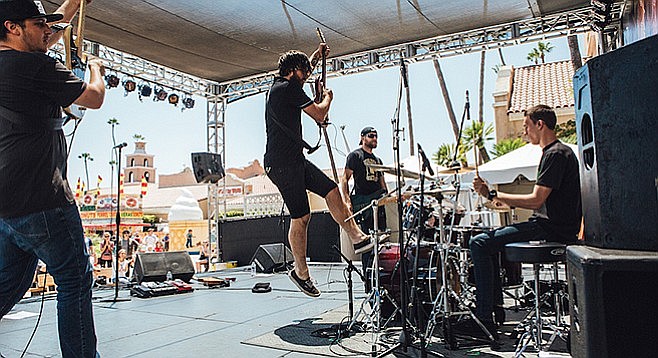 Kevin Lyman announced in November that 2018 would be the last Warped Tour after 24 years. The action sports/trash music “punk rock summer camp” was credited with giving blink-182, Pennywise, and Bad Religion their first national exposure. Mainsail was the only local band to play Warped Tour last year. The final local Warped Tour date is June 22 at an as-yet-unannounced location. 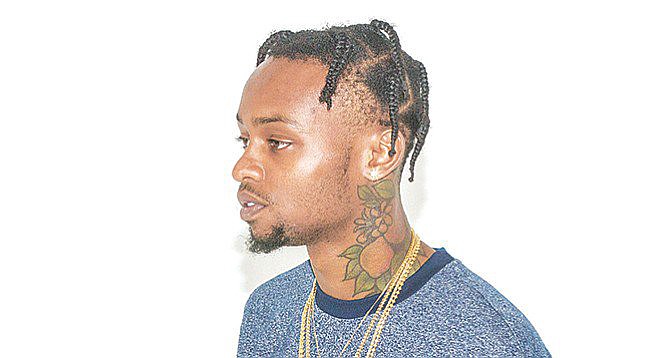 A hip-hop guy walks onto a stage...

The San Diego Music Awards was dormant in 2016. It returned last year, downsized to the House of Blues where it returns March 19.

2017 was a good year for the Belly Up, which was given the booking keys to the Music Box, the Four O’ Clock Fridays series, the Del Mar Fair’s Coors Light stage, and the Birch Aquarium’s Green Flash Concert Series. It awaits news if it will also be given the rights to book the 1900-capacity concert facility being built in the former Surfside Raceplace facility on the Del Mar Fairgrounds.