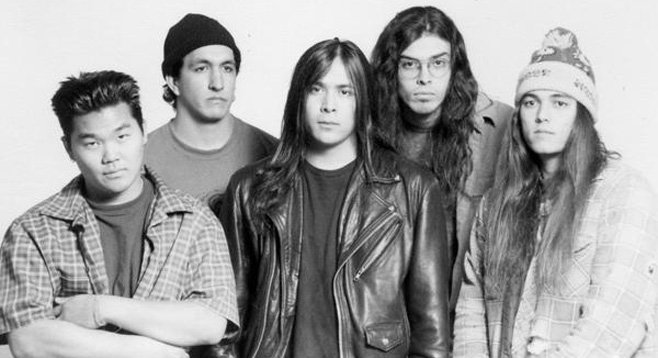 Sprung Monkey have been hittin' it hard for a decade. From the early days of selling CDs (over 30,000) out of their trunk to their breakout success on MTV, Sprung has kept true to their sound -- melodic yet crunchy, poppy yet kick-ass. Through the years, Sprung has become a staple in the Xtreme arena -- appearing on the Vans Warped Tour, ESPN's X-Games, and contributing tunes to many surf, skate, and snowboarding films.

"We sold around 350,000 albums [worldwide]," says Sprung Monkey drummer and cofounder Ernie Longoria. "We cracked the Top 20 on Billboard's Modern Rock chart. We got MTV play."

Originally active from 1991 to 2002, Sprung Monkey scored radio hits like "Get 'em Outta Here," "Naked," and "What's That You Say," before disbanding for several years.

"I guess we were missing something," says bassist Longoria. "Maybe it was the timing factor. We ran out of juice. We needed a break." Longoria and bassist Tony De Locht have been active with former P.O.D. guitarist Marco Curiel in Accident Experiment. Longoria says Accident Experiment is "...still on full force."

Sprung Monkey reunited for a few shows in 2005, with new recordings in 2006. They remain extant, if somewhat inactive. Besides Accident Experiment, members and ex-members of Sprung Monkey have also played with Unwritten Law and Media Lab.

They regrouped again to play Sycuan on June 15, 2013, for ParkerPalooza, a benefit for six year-old Parker David Shaw (battling stage 4 cancer) that included Perro Bravo and C-Money & Players Inc., featuring members of Slightly Stooped. A video was released for the title track of their next album Dead is Dead (Pacific Records), as they hit the road for a tour with Suicidal Tendencies that wrapped up December 21, 2013, in Ventura.