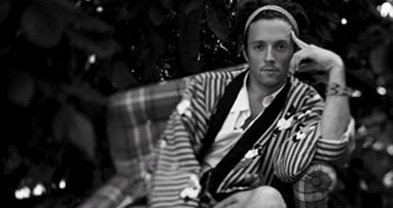 In 2002, Mraz signed to Elektra Records, returning to Virginia to work with producer John Alagía on his major label debut release, Waiting for My Rocket to Come, which would be certified platinum by the RIAA in July 2004 and reach #2 on Billboard’s Heatseekers chart. His first single, “The Remedy (I Won’t Worry),” was co-written by music production team the Matrix. Mraz also collaborated on the album with friend and former roommate Billy “Bushwalla” Galewood, who co-wrote “Curbside Prophet,” the album’s second single, and “I’ll Do Anything.”

On July 26, 2005, he released his second major-label album, Mr. A-Z, for Atlantic Records. It entered the Billboard 200 album chart at #5. That December, the album earned a Grammy Award nomination for “Best Engineered Album, Non-Classical,” while its producer, the prolific Steve Lillywhite, received a nomination for “Producer of the Year.”

Mraz began his long-running tour in support of Mr. A-Z at the San Diego Music Awards on September 12, 2005. The tour featured a variety of opening acts, including Bushwalla and Tristan Prettyman, which whom he had co-written the duet “Shy That Way” in 2002. Mraz and Prettyman dated briefly, co-writing the song “All I Want for Christmas Is Us.”

In November, Mraz opened for the Rolling Stones on five dates during their 2005–2006 world tour. In May 2006, Mraz toured mostly small venues and music festivals in the U.S., along with a few shows in the United Kingdom and Ireland.

Mraz began 2007 by debuting his new single “The Beauty in Ugly,” an earlier track entitled “Plain Jane” that he reworked for the ABC-TV show Ugly Betty. The song was featured as a part of ABC’s “Be Ugly in ‘07” campaign, which sought to promote self-esteem in women, especially young girls. He has since released a song in Spanish entitled “La Nueva Belleza (The New Beauty).” Carlos Olmeda helped him with the Spanish lyrics; while able to speak in several languages (e.g., Czech, Yiddish, Swahili, etc.), Mraz is not fluent in Spanish.

In 2007, American Idol contestant Chris Richardson performed "Geek in the Pink," which subsequently garnered the song mass recognition and increased downloads at the American iTunes Store. “Geek in the Pink” peaked at #22 on the U.S. iTunes Store on March 10, 2007, but was ineligible for the site's Hot 100.

His song from the album “I'm Yours” peaked at #6 on the Top 40 in the U.S., and it went all the way to #1 in Italy, Sweden, Norway and New Zealand. It also charted in Germany (#8), the Netherlands (#5), Australia (#3) and Lithuania (#2). In addition, the song was covered and released as a single by Sindre Dybvikstrand, of Norway.

His follow up single, “Make it Mine” was less successful, reaching #34 on U.S. Adult Contemporary Charts and #24 in Sweden. The radio version runs 3:35, while the regular version runs 4:03.

Mraz was nominated for 2009 and 2010 Grammy Awards, for Best Male Vocal Performance. The 2010 nod was for “Make It Mine,” and he was also nominated in 2010 for Best Pop Collaboration with Vocals, for his duet with Colbie Caillat, “Lucky.”

On October 2, 2010, Mraz performed at Farm Aid 25 in Milwaukee, alongside Willie Nelson, Neil Young, John Mellencamp, Norah Jones, and Dave Matthews. A few days later, he released Life Is Good, a digitalconcert EP with live versions of four new songs, as well as a live version of “Coyotes” from Mraz’s last studio album, We Sing We Dance We Steal Things. Mraz and his band recorded the EP on the first three dates of the tour, in Bangor, Maine, Utica, NY, and at the Life Is Good Festival in Canton, MA.

In late 2010, his song “I’m Yours” was accused of sounding suspiciously like a Jonas Brothers tune, “Introducing Me.” In response, Mraz told PopEater “I noticed a few similarities in the melody.”

His recording of “Winter Wonderland” was released for the first time in the U.S. on November 23, 2010.

He joined an all-star Japanese earthquake benefit staged August 7, 2011, at Shoreline Amphitheatre, near San Jose, alongside Jackson Browne, Crosby Stills & Nash, Bonnie Raitt, Kitaro, the Doobie Brothers, and others. Unannounced, he joined Taylor Swift onstage August 25 at The Staples Center in LA, to sing his song “I’m Yours.”

His 2011 world tour with percussionist Noel Toca Rivera hit North America, Europe, Africa, the Philippines, Taiwan, Thailand, Indonesia, New Zealand, and Australia, celebrating the tenth anniversary of their Live At Java Joe’s album. His two sold-out shows November 25 at Carnegie Hall included a third performance, a kids matinee, with support from Nick Jr. idols the Fresh Beat Band. Mraz performed his own material alongside favorite songs from his childhood, before returning home to play the Spreckels Theatre on November 28 and 29.

A video for his new single “I Won’t Give Up” debuted online February 16, 2012, as he was performing several acoustic shows with longtime musical collaborator Toca Rivera.

His April 2012 full-length Love Is a Four Letter Word includes the single “The Freedom Song,” with an official lyric video directed by Elliot Sellers, who also helmed the video for another tune from the album, “93 Million Miles.” Love is a Four Letter Word debuted at number two on the SoundScan/Billboard 200, with sales in excess of 100,000, and his single “I Won’t Give Up” surpassed one million in sales.

On June 15, Mraz performed with Daryl Hall on the Live from Daryl’s House web series and nationally syndicated program. Hall and Mraz blended harmonies on Hall’s solo song “Eyes for You,” the Hall and Oates classic “So Long,” and Mraz tunes “I Won’t Give Up,” “I’m Yours,” and “The Remedy.”

Said Hall, “Jason has a high, clear voice and contributes great harmonies. I really enjoyed singing the verses of his songs, too. It was a lot of fun.”

A video for his Autumn 2012 single “Living In The Moment,” from his Love Is a Four Letter Word full-length and directed and produced by Derec Dunn and Shannon Toumey, features the letters L-O-V-E making their way across iconic New York landscapes. A video for “93 Million Miles,” directed by Jeff Coffman, was filmed during a tour stop at Red Rocks Amphitheatre in Denver, CO.

His December 16, 2012 concert in Burma, aka Myanmar, was the first time an international artist had performed an open-air concert in that country. The free outdoor concert was launched in order to raise awareness about human trafficking. The show drew 70,000 fans and aired live on Myanmar national television, as well as being set to broadcast internationally on MTV properties the following year.

His song “I Won’t Give Up” was included on the Now Love Songs compilation, released in January 2013. That was followed by a video for his single “The Woman I Love,” directed by Elliott Sellers and featuring graphics by Blend Studios. He also appeared on the Straight No Chaser album Under the Influence, released in May 2013.

Later in 2013, pop producer/rapper Travie McCoy (best known for 2010′s “Billionaire” featuring Bruno Mars) released a single called “Rough Water,” featuring a vocal duet with Mraz produced by Benny Blanco (Katy Perry, Wiz Khalifa). In addition, Mraz appears in a video from Hunter Hayes, “Everybody's Got Somebody But Me,” filmed in one take at the YouTube offices with seven hand-picked YouTube creators.

Before finishing his new album, he did a short west coast acoustic tour with Raining Jane, beginning March 15, 2014 in Santa Cruz and concluding March 31 in Redding. His subsequent full-length Yes! (released July 15) features the all-female folk group Raining Jane. The acoustic album, which includes cello, sitar, ukuleles, and other small stringed instruments, was preceded by the single “Love Someone.”

He supported Yes! by touring the U.S. with Raining Jane in August, followed by tours of Europe, Asia, Australia, and South America. He also played The Tonight Show with Jimmy Fallon July 17 and The Today Show on July 18.

August 19, 2014, was officially known in San Diego as Jason Mraz Day, according to a declaration from Mayor Kevin Faulconer. That October, Mraz won Best Music Video and Artist of the Year at the San Diego Music Awards. The following February, he played a series of intimate shows in Florida, before embarking on a world tour that took him from Aimes, Iowa, on March 9 to Asian dates in Thailand and Hong Kong.

In 2017, after nearly two decades with the management team run by former local concert promoter Bill Silva, Mraz parted ways with the firm. That November, he turned up onstage in a Broadway production of Waitress, composed by his friend Sara Bareilles, playing lovelorn singing gynaecologist Dr Pomatter. His Evening With Jason Mraz Solo Acoustic Tour kicked off in Raleigh, NC on March 8, 2018 at the Raleigh Memorial Auditorium, winding up in Little Rock, AK, on March 31.

His 2018 album Know was preceded by singles for "Unlonely," "Have It All," and "Might As Well Dance," the latter featuring a video that includes footage of his wedding to Christina Carano, with whom he was living on his Oceanside avocado farm.