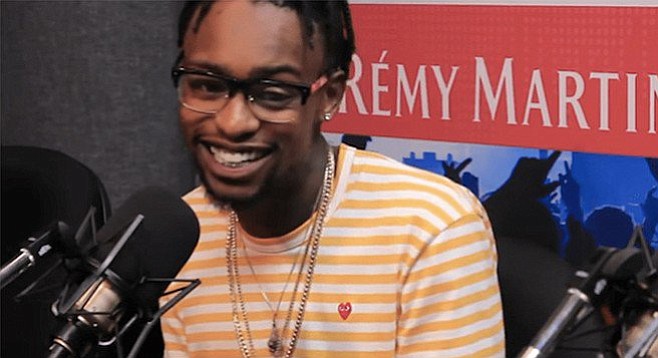 Jaylen Robinson, aka Lemon Grove rapper Rob Stone, came up as a member of the 1207 hip-hop collective. After a brief time living in Atlanta, GA, he returned to San Diego and released his debut mixtape Straight Bummin’ in 2015.

Stone scored a hit single in 2016 with a Straight Bummin’ track called “Chill Bill,” inspired by and featuring samples from the film Kill Bill. Said to have been written in the back of a police car, the song reached number 29 on the U.S. Billboard Hot 100 chart, as well as scoring millions of plays on Spotify, SoundCloud, and YouTube. A remix featured rappers D.R.A.M., Denzel Curry, and Cousin Stizz.

After releasing his I'm Almost Ready mixtape in September 2016, he toured as an opening act with A$AP Ferg. The following year, he was featured in a new designer footwear line being released via Creative Recreation.

His 2017 album Don't Wait For It was preceded by single releases for “Holy Grail” and “Two Spoons Freestyle.”