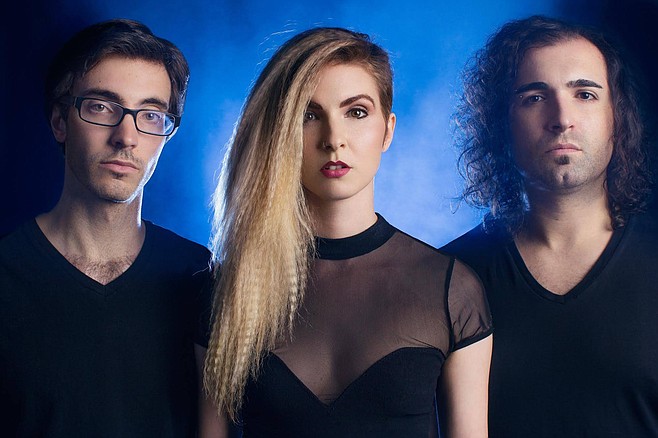 Skyterra is a piano-based, futuristic rock/alternative, electronic band created by Chetan Sky, Melissa Evans, and Jon Stone, later joined by Carlos Morales. Two of the members (Sky and Evans) are accomplished classical concert pianists and they all share a love for current and forward-thinking music. Sky helped launch the San Diego Piano Academy.

Their sound contains atmospheric synths and bass intertwined with acoustic piano, electronic and acoustic drums, and both male and female singers. Their debut EP Rise was released in November 2016.

According to the band, "Skyterra's mission is to spread awareness, self-acceptance, and oneness through the power of music while challenging and influencing the notion that high art can excel in a popular medium. Our lyrics draw from today’s current events and culture and are influenced by social awareness, connectivity, and activism while including subjects of love and coming of age. Nearly all of the music comes from current autobiographical themes. While the group aims to spin things in a positive, hopeful manner, we also enjoy exploring the dark side."