I guess “make it yourself” has never been in my vocabulary.

Kids and their moms are in there behind the white security grill buying small stacks of tortillas, made right here. Plus groceries and veggies.

I come in because I’m thinking fresh tortillas. So much better than store-bought, like Vons, Albertson’s.

Liz the gal at the counter says they make about 1,000 tortillas every day. The place is like a little grocery store upfront, but the back is this mobie series of metal trays and racks and conveyer belts, so you know they really make them here. 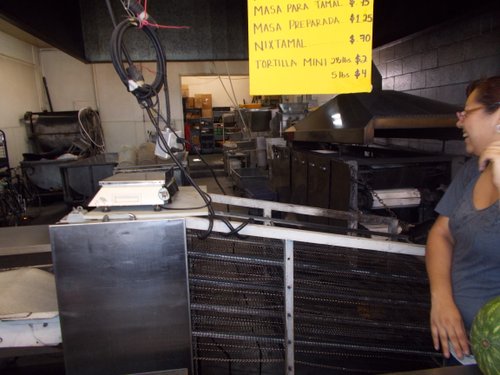 But this is late, maybe three in the afternoon. 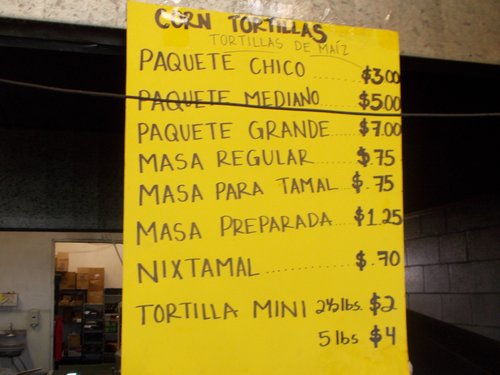 And now, all I see on the counter is a plastic bag with three of those thick corn tortillas with their edges curled up into a lip to hold in, well, stuff. 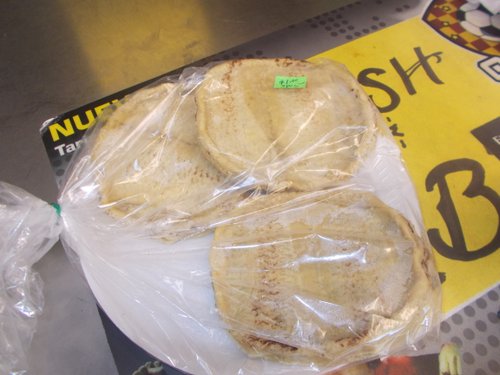 Except it seems they’re thicker, and fried just enough so they have a slightly crisp skin that will not fall apart when you put a whole lot of sloppy stuff in it. Like frijoles, grated cheese, maybe shredded beef, and salsas.

“No, but we have some of the things you need,” she says.

“Well, there are all sorts. Every region of Mexico has its favorites, but this will make a good sope,” she says, and starts listing out the ingredients: shredded beef, grated cheese, sour cream, salsa with tomatoes and onions, avocado, shredded lettuce and frijoles.

Result, a few hours later, a little mountain of stuff riding in this round barge of thick masa. 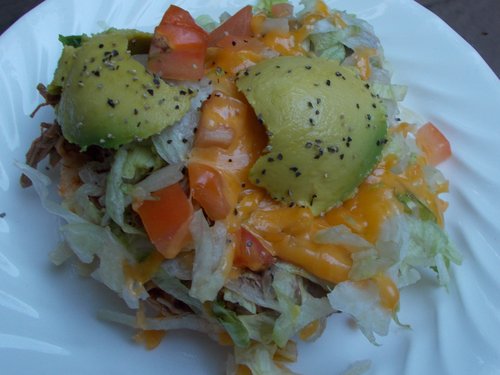 So yes, it does cost a few bucks to assemble everything. But, gotta say, actually doing it yourself and not ending up with a disaster? What satisfaction. What gustation. What a beautiful mess! 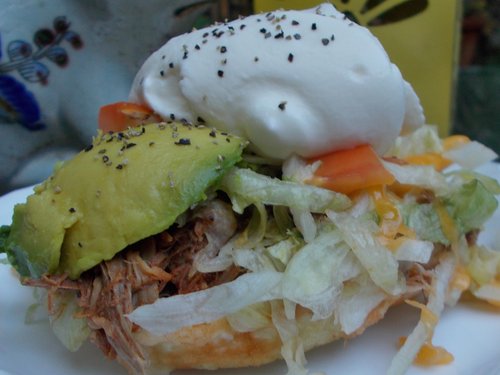 Even the lovely Carla appreciates the fact I did this with my own fair hands.

And given that you can actually put what da heck you want into the little boat, I can see the sky’s the limit, now I’ve got the idea.