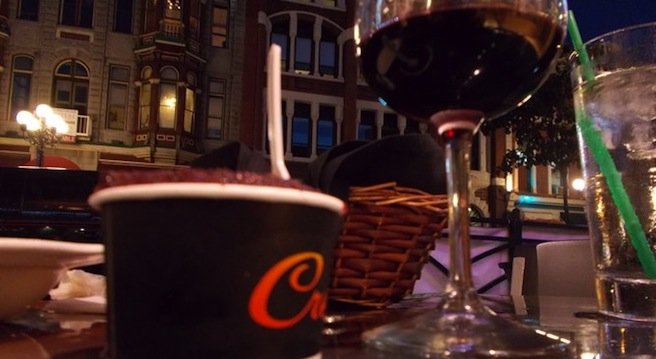 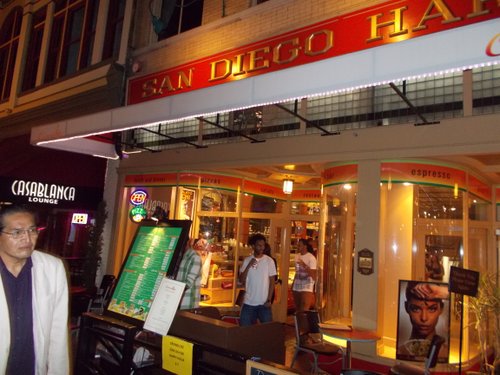 Been here before, now I think about it, but trying to remember, a happy hour beer?

Oh yeah, now I see it underneath. Smaller name on the awning: “Cremolose.” 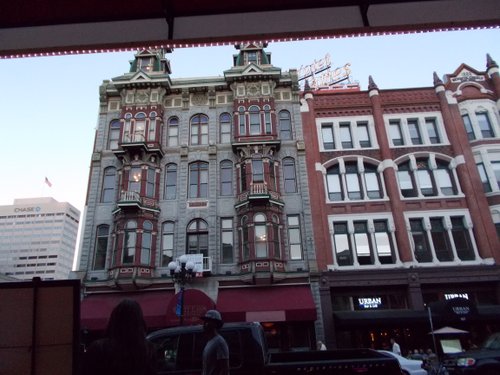 Looking across Fifth you're in...Amsterdam? 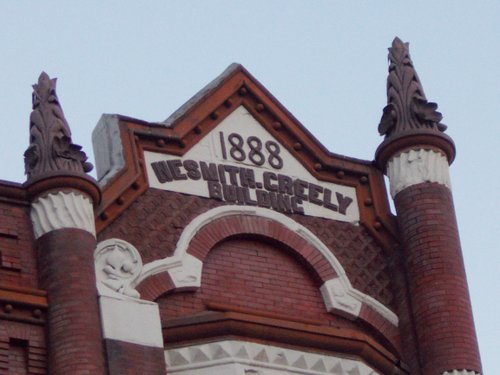 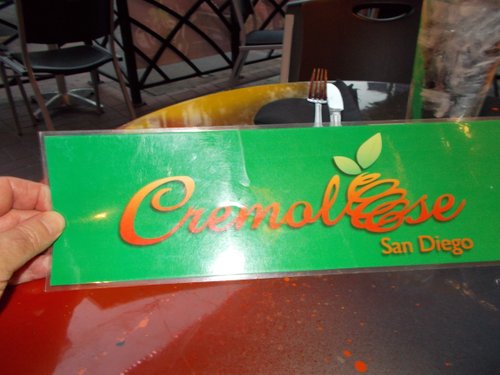 But I can’t resist looking at the long cool row of sorbets and ice creams on the left as you come in. It’s just what I need right now.

Something to cool me down.

And more than that, flavors.

“These sorbets in this cabinet are actually from Sicily,” the guy behind the counter says. The green pistachio’s one that almost gets me, but then, on the Sicilian side I see a dark browny-red one called Prickly Pear, and another called Mulberry.

So I decide to come back for this, but first, Joseph, the barman says they have happy hour house wines for $5, and when I can’t decide between a cab and a merlot, brings me out a glass for each, to try before I buy.

I go for the cab.

So now Joseph has seated me outside at a sidewalk table, where all the humanity trundling by really makes for a heckuva show. The best in the county, I swear.

He lays out heavy silverware in a black linen napkin. Classy. Scares me as to what I’ve gotten myself into till he shows me the happy hour menu. 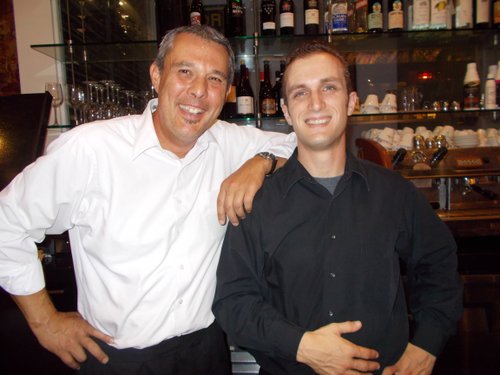 But I go for the four-dollar arancini – “small meat and rice ball plated with marinara sauce.”

And guess what? Dave the waiter brings it, and you actually get three of the meat and rice balls, and the marinara’s delicious. Good with the cab, too. 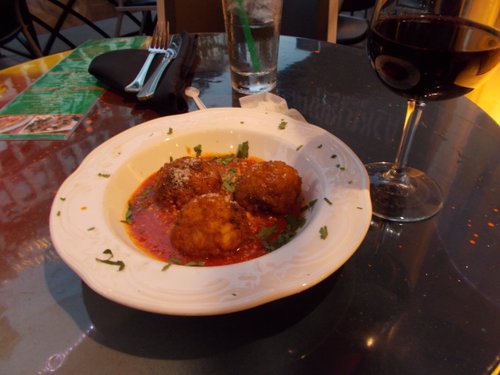 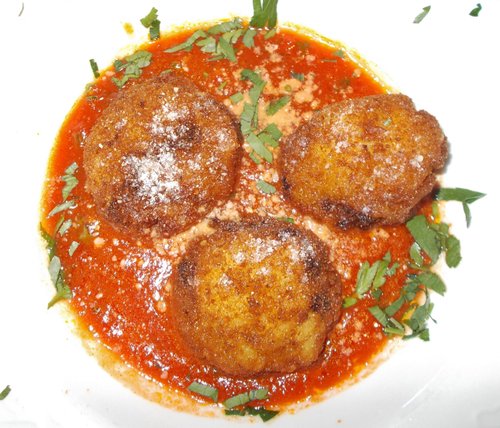 And you get bread too, if you ask for it. 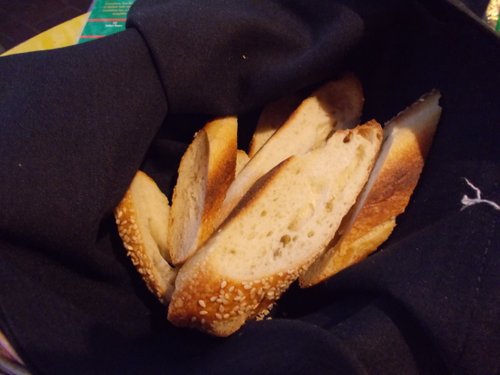 I’ve saved half the glass for that. Get the mulberry ($4.50 for a small pot, which is way big enough). All the way, can you believe, from sunny Sicily. 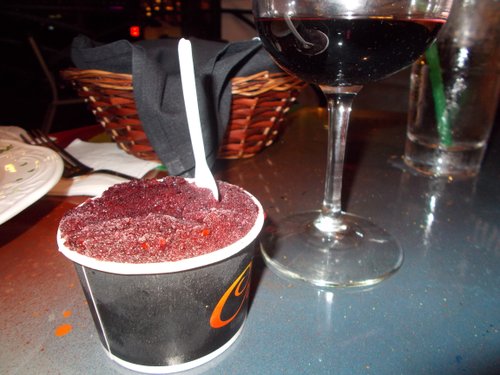 Tastes like actual mulberries from gramma’s garden. Memories flood back. Slurp of cab – and how well those two marry, almost as well as a chocolate gelato and merlot would – and I’m starting to get all soggy-sentimental about gramma and gramps.

'Course drinking wine with sorbet dessert woulda been unthinkable for gramma. She was a country gal.

Whatever, the sorbet is tart and delicious, and keeps me cool enough to up and run the two blocks to Broadway and just catch that 7.30 bus.

Not bad for what you get, right in the middle of conventioneerland.