Cuatro Milpas: Love the smell of lard-fried tacos in the morning

Had to check the Most Beloved Taco Shop in the Galaxy.

That it had re-opened, that is. 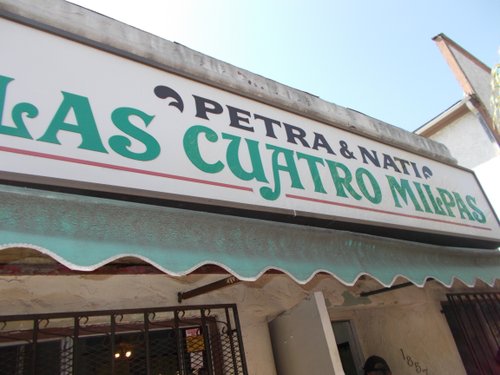 But restaurants often do that, and I was suddenly worrying if the three sisters, Margarita, Sofia and Doria, might get to enjoy putting their feet up. After all, hey, they were practically raised in here, around the feet of their grandparents Natividad (“Nati”) and Petra Estudillo. 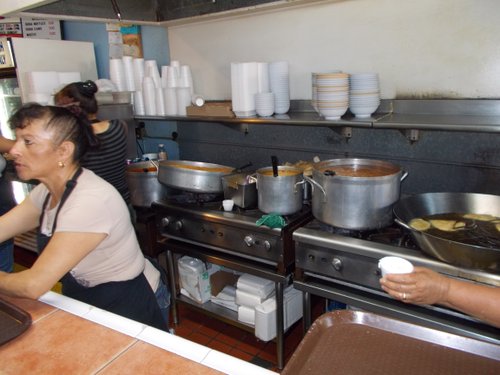 And those two had been making the unbelievably delicious and wicked (wicked because the tortillas are deep-fried in manteca, lard) since at least 1935. 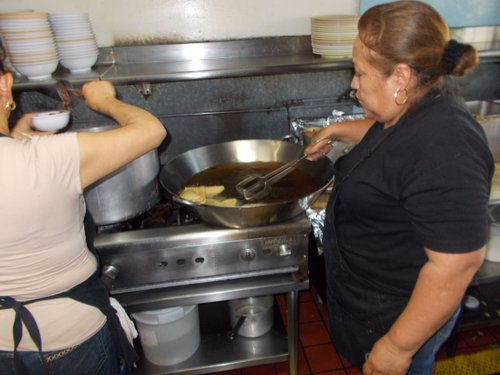 Dipping the tortilla in the hot lard

But – whew – they re-opened on schedule on Monday.

I meet Ron, chomping into a pork taco… 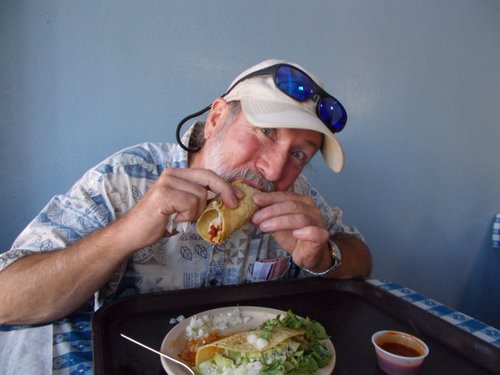 Ron’s living proof of the lifetime customers they boast. He’s an architect and journeyman carpenter. He's hongry. Had to wait in the line... 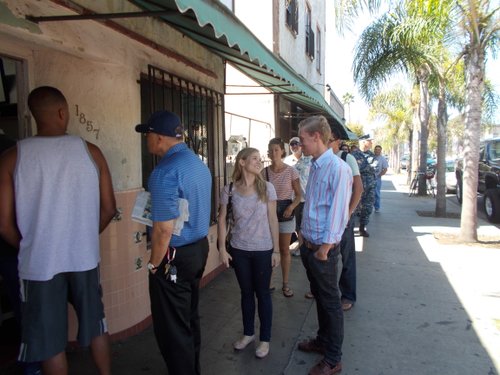 ...that always stretches outside, every lunchtime. “Plus I rode up from Chula Vista on my bike for this. Took an hour,” he says.

I see it has pulled pork, cheese, onions and cilantro inside.

"And 'Mexican butter,'" says Ron. He's looking at the bowl of home-made chili hot sauce he's pouring into it... 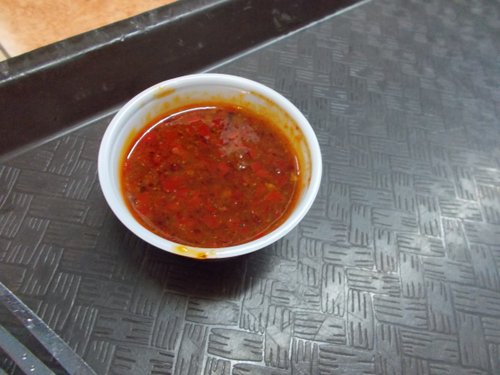 ..."That was Petra's name for it. And believe me, this is hot, but it's watered down, compared to what she made. Hers was high octane."

So Nati and Petra were still here, when he first came?

"Yes. Always. They were hard workers, just like their grandkids. I was a teenager then.”

Actually, Ron looks far too young to be 59.

“Well, this in moderation,” he says. “And today, for the first time, I asked for the tortilla not to be fried in that lard. It took a while to persuade them.”

Plus, you have to figure: riding a bike an hour up from Chula Vista and an hour back for a single taco, that exercise has to, uh, exorcise any sins committed here.

They're open. That's the main thing. I head back to the line to order my own pork taco.

Can only say that the first time I experienced the magic, about 20 years ago after living in San Diego since '74, I was sold and have done everything possible to educate the ignorant masses ever since. What about the basic rice and beans that totally stand on their own, eh? Chingoneria de comida corrida!

So right, Fatcat. When you think they could have gone the normal route and smartened up the place, franchised, let others run it, and, shock! Horror! even given up the Manteca, we've got a lot to be thankful for. And yes, I keep telling the beautiful Carla, we'd live cheaper and healthier if we just went every day and had rice and beans direct from The Four Cornfields. Saludos!