The big orange warehouse looms on the left.

That’s me hollerin’ to the driver.

’Cause I suddenly remembered. This is Wednesday. Market day. San Diego Public Market day. The brand-new one here in Barrio Logan. 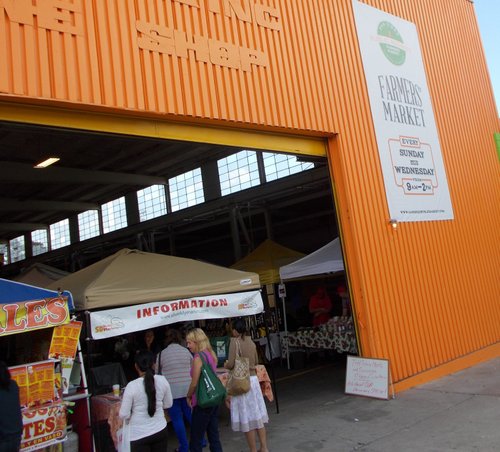 So now I’m outside the freshly painted orange warehouse with the welcoming cow, and an information desk right beside a tamale stand.

“Fresh produce on the left, fresh food on the right,” says the guy at the info desk.

I hear music. Accordion music echoing through the warehouse.The space is filled with tents and tables. And boy, it does have interesting stuff, from crepes to almond farm stands to goat cheese to homemade cookies.

Music’s coming from Smiling Jack, the accordion player you can also hear at Fabrison’s French eatery in Little Italy. “It weighs about 35 pounds,” he says, when I ask him about his accordion. ’Cause it's big and he’s a small-framed guy. “It gets to your shoulders and back. But when you have an audience and you all get caught up in the music, you forget all about the weight.” 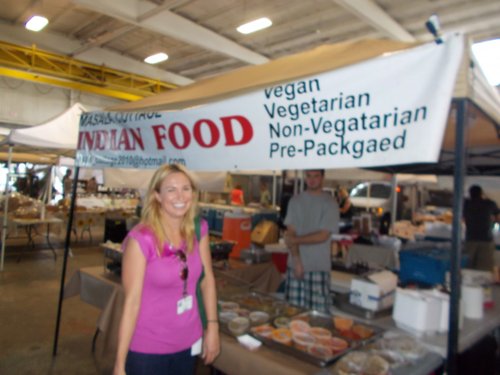 And two tents up, I spot the banner. “Masala Cottage Indian Food.” 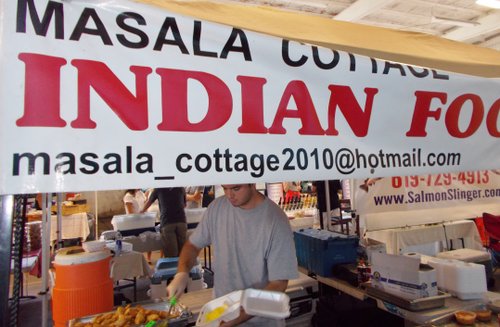 Man, my heart be still. A warmer full of golden samosas, northern India’s snack of choice. And next to it more warmers. Yellow basmati rice and three curries, looks like. 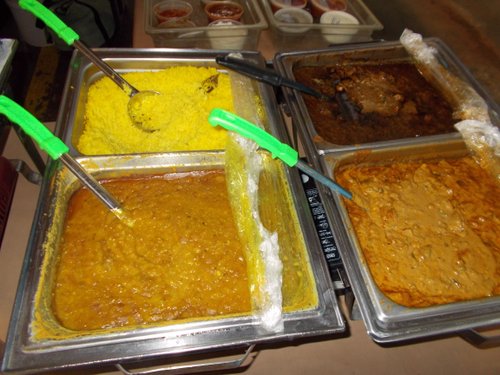 “This one is dahl, lentils,” says Casey, the guy behind the table. 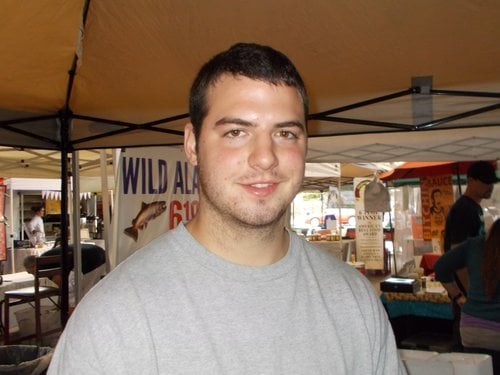 "This is chicken curry, using fenugreek and yogurt... 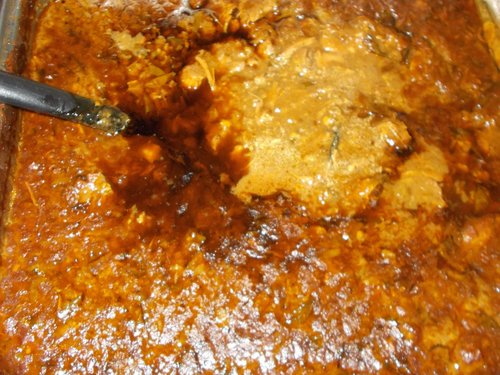 This one is navratan korma, which is nine vegetables in coconut cream.” 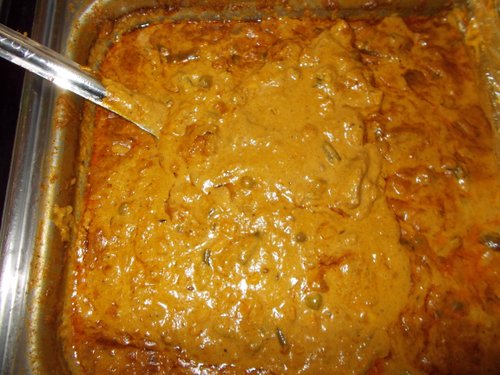 Wow. Turns out navratan means “Nine Gems,” because it consists of nine different veggies, fruits and nuts. Comes from Mogul India, the time of the great Muslim Khans, who built classics like the Taj Mahal.

“It’s Punjabi food,” says Casey. “The owners are Ranjit Singh and his son. They started two years ago. We only sell at farmers’ markets.”

Dang. In rush now to catch next bus. Gotta get curry and samosas. Carla will go crazy for all this.

The samosas are little pastry triangles stuffed with anything from beef to chicken to veggies. Casey says these ones have potato and peas inside. Cost $2 each, or three for $5. 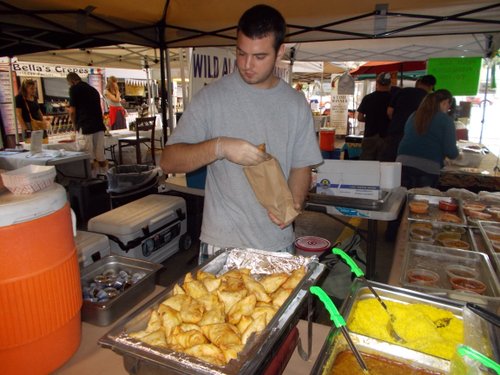 I get three of them, and two curries, the chicken and the navratan korma (korma’s kind of another word for curry). 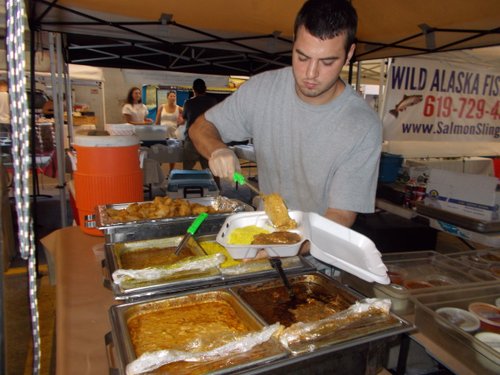 I pay up, and then notice John Ford.

He’s an Alaskan fisherman selling smoked salmon he swears he caught himself in his own boat off Alaska. He starts showing me some pretty dramatic iPhone video of him and his crew in seas with nets out.

Wow. Got to come back to talk with him. He says he’ll be here again Sunday (this market’s only open Wednesday and Sunday mornings so far).

Meantime I just make the next bus, and within 45 minutes I’m sitting down with Ms. Carla.

And the curries? Carla’s the carnivore around here but she really goes for the Nine Gems. “Must be the coconut,” she says.

We dip everything in the two pots of sauce, specially the samosas. One sauce is green, maybe that fenugreek. The other’s deep brown, got a currant flavor. So good with the chicken.

She asks it like a question, but I know it's an order.