Women: Too hot for sushi?

Kate Murray's up against one of the last male bastions

"'Women don't do sushi,'" says Kate Murray. "That's what they told me. When I started at sushi school in LA seven years ago, they said 'Women are warmer than men. They cook the raw fish in their hands. They also contaminate it with perfumes.'" 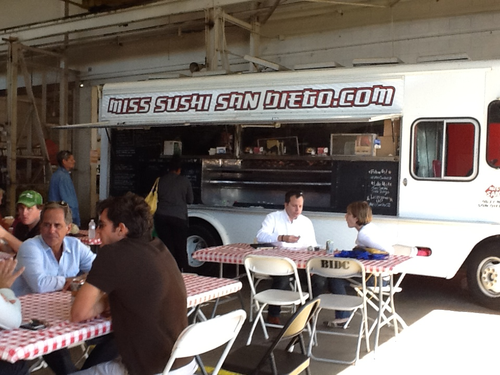 She's telling me this... 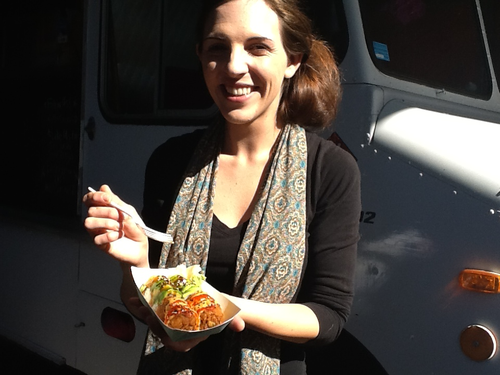 ...as I'm chomping into two of the most beautiful sushi I've had. 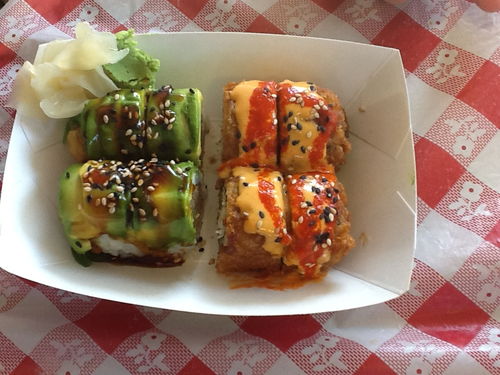 And the four pieces for $6. The green and yellow-striped one's a tempura fried veggies with seaweed salad, the red and yellow's got crab inside. Lots. And so-oo tasty. 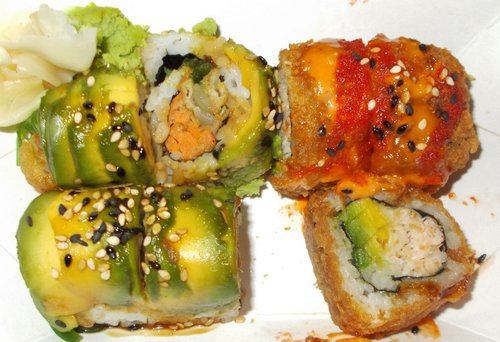 After I've chomped it a bit

"It's real tasty because it's real crab." she says. "Pacific Stone Crab. From Baja. Everything I use is organic and local."

This is happening at her gastro truck inside the new San Diego Public Market (1735 National Avenue, Barrio Logan, between Beardsley and Sigsbee), right now on Wednesdays and Sunday mornings from nine to two, but pretty soon becoming permanent and every day. She has it here whenever the market's open. 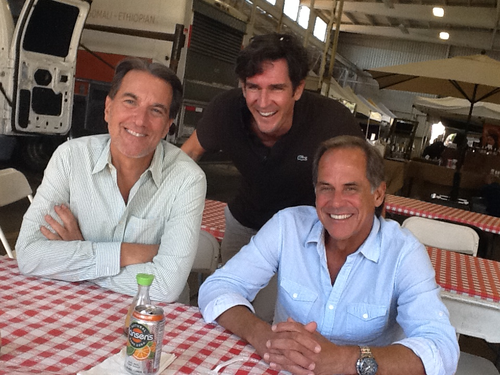 These three customers, Ron, Patrick and Raul, turned me onto Miss Sushi

Turns out she also stars in a crazy-funny book called "The Story of Sushi," by Trevor Corson.

"Women are warmer than men. They cook the raw fish in their hands."

That is totally hilarious. I can see some old-school, cantankerous chef delivering that pithy bit of "wisdom" to an aspiring your sushi chef-ess with the utmost conviction.

Yes. Goes right along with fishermen saying that having a woman on board makes the seas angry.