Chicken tikka masala competes with pizza at 10th and Broadway

The floor tiles at the entrance read “Broadway Linoleum and Carpet Co.”

That must have been a long time ago. Because this is something completely different. 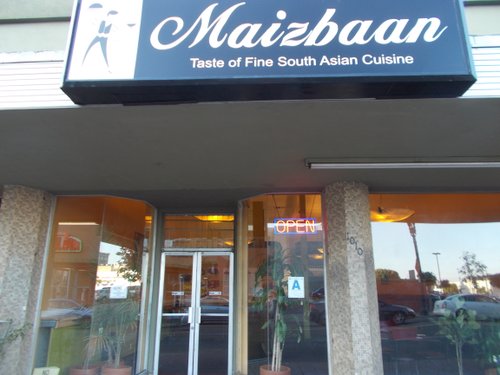 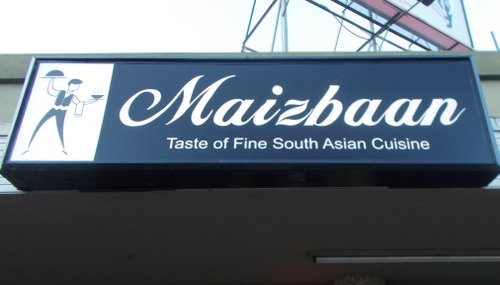 Last I remember of this place, it was a kind of volunteer-run eatery for people getting counseling around the corner. Now, it’s big, clean, empty, with butter-colored walls, green skirt boarding, some tables and lots of booths. 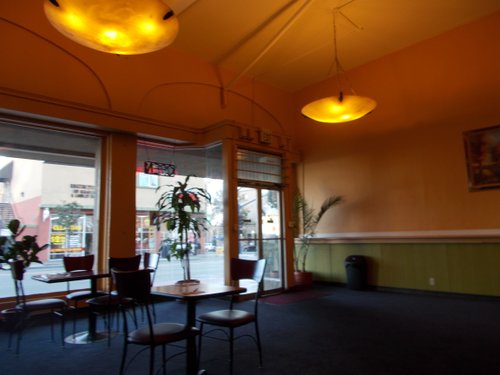 The waitress takes me to a booth and hands me a menu. Her name's Saba.

Half a dozen potted palms help fill in space, and so does a kitchen jutting out from the left wall. 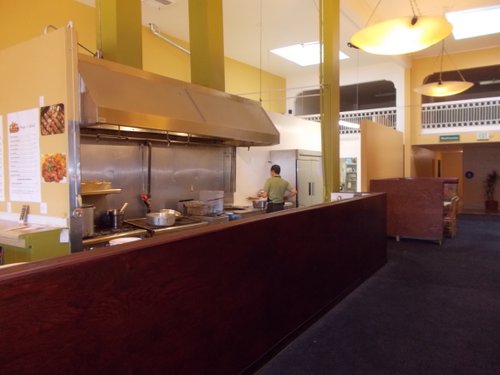 The cook, Kshabby, is preparing a kebab on a long spear. 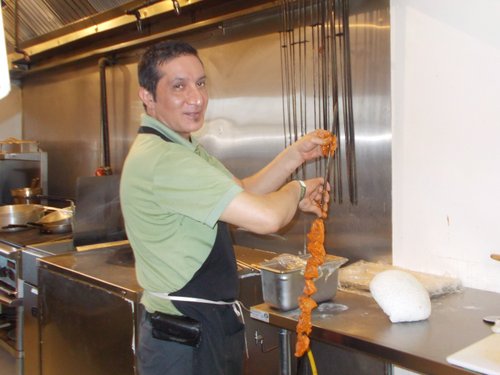 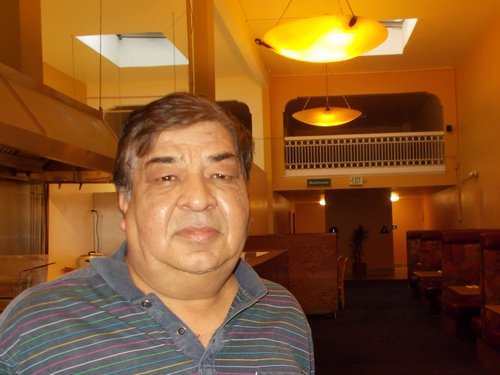 So this is a Pakistani place. That’s a first. “Pakistani food is generally hotter, spicier than Indian food,” says Yawar. I guess he’s talking about northern Indian, ’cause those Madras and Vindaloo curries from the south, man, they’re hot hot.

But it’s not an issue here because I’ve got my eye on two not-so-spicy things the beautiful Carla loves. And also she’s a way better judge of south Asian food than I am.

Long and short: I get a plate of three vegetarian samosas ($4.99), the fried pastry triangles stuffed with peas, lentils, potato, onion. 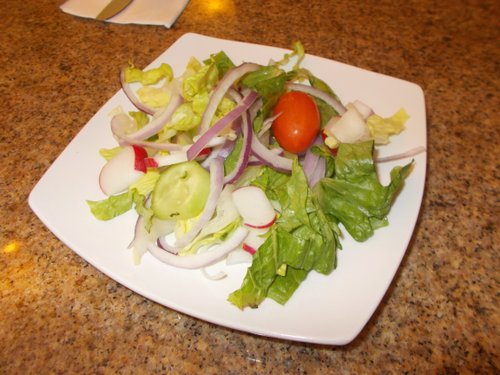 So chicken tikka masala? It’s probably just the most famous dish from the en-tire subcontinent. 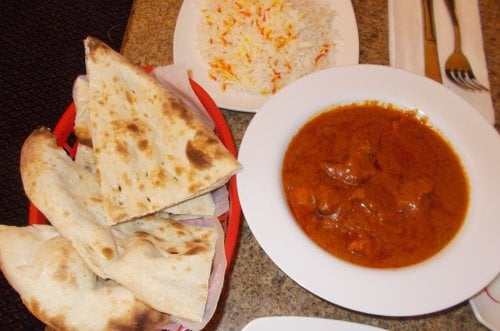 But how can you not love the creamy orange sauce and the chicken chunks marinated in yogurt and all kinds of spices and baked in an actual clay tandoor oven?

And Yawar says yes of course they have one.

So, now I know that, what the heck. I order a naan bread ($1.99). That’s the one they slap raw against the hot clay wall and bake in a matter of minutes.

The samosas are not bad... 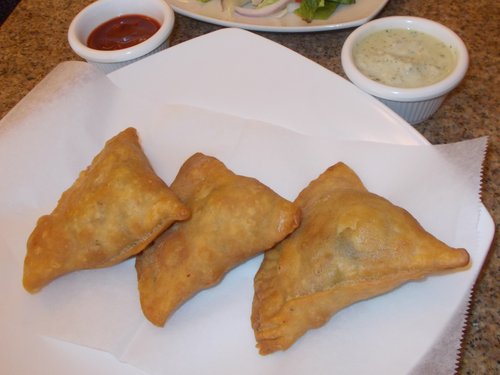 ...but they definitely need the little pots of red tamarind and raita (the yogurt and green chili mix) to ramp up the taste.

But the chicken tikka masala? Hea-ven-ly. No other word. The whole creamy, tomatoey (I think), coconutty (I’m guessing) yogurt combo is addictive.

But it seems this is like chop suey is to Chinese cuisine. Chop suey was invented here in the States for Americans by Chinese immigrants, so they say. Chicken tikka masala may have happened thanks to a Pakistani chef in Glasgow, Scotland. He created it by accidentally mixing yogurt, cream and spices.

That guy should be a millionaire. Maybe he is.

She didn’t have nuttin’ to say about the samosas because somehow I finished the danged things off right at the restaurant. So hey, they can’t have been that bad.