Zia: Pizza is a wrap unrolled

Son of an Afghan immigrant creates fusion pizzas: Taste the old country in his toppings

I’m asking Khaled Waleh. Last year his dad Zia decided to return to his farm in Afghanistan to live. He missed it too much. His family here was worried sick. But he was happy. To him, Afghanistan isn’t a war, it’s a beautiful country where he passed an idyllic youth before the troubles.

I’d come here about a year ago and discovered Khaled’s arty Afghan takes on pizza, where, as he said, the sight is almost as important as the taste. That’s why he changed from wraps to pizza. “Pizza is a wrap uncurled. So all the beautiful filling is exposed to the eater. With a wrap the most beautiful part has been hidden away from sight. Crazy!”

So I was passing and suddenly remembered Khaled (who’s a UCSD graduate in visual arts and an artist himself) and his view of pizzas as art. 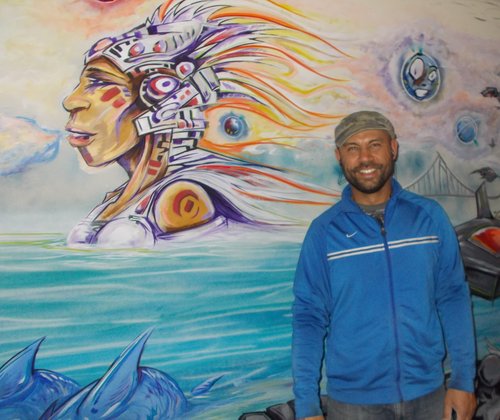 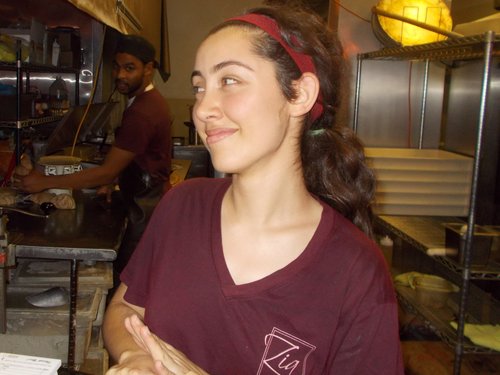 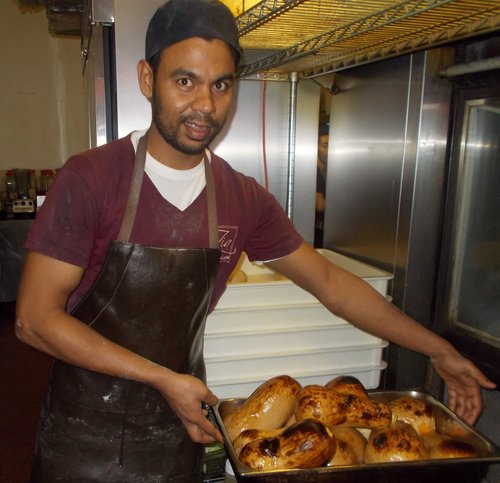 Zawzaw with butternuts he has just prebaked

Popped in, and there was Zawzaw, Khaled's Burmese-American chef, just taking out a big drawer of fresh-baked butternut squashes from the oven. Somiyah his sister was serving customers.

“Any butternut pizzas ready?” I ask. I see that slices are still $3, same as last year, and that they still slow-bake their pizzas at 400 degrees.

“Well we’re working on one now,” says Khaled. “It’s got sweet spice, and a salty yogurt sauce, like tzatziki. Right now we don't have one. But come see others."

I head for the counter to look. From what I can work out, the Afghan influences you see in Khaled’s pizzas are the raita - salty yogurt - and then sweet influences like currants, pears, chutneys.

I end up taking a $3 slice of “Papay” pizza (a play on “Popeye”, for sure, because it comes with baked spinach, plus mozzarella, garlic, capers and yogurt sauce). It’s a thin crust and is loaded with a ton of peppery flavor. What you taste most is the spinach and capers and garlic. The yogurt’s a kind of light relief. Oh man. Would go so well with some dry white wine. 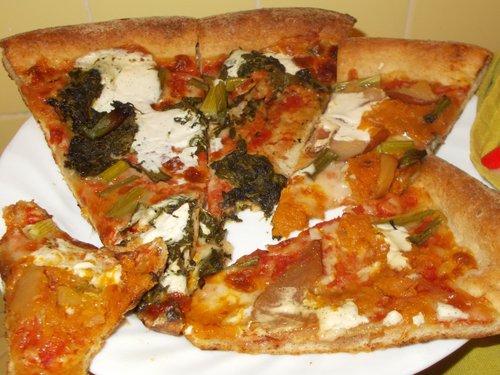 Papay and Bosque pear pizzas, (slightly chewed already, but you can see the colorfulness)

Then I go for a slice with caramelized Bosque pears, scallions, red sauce and mozzarella on whole wheat. Deelish. Almost like a dessert. It has that peppery edge again and the tzatziki twang from the yogurt, but those pears make it sweet and seductive. 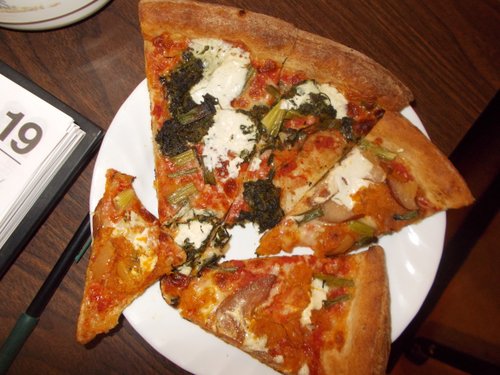 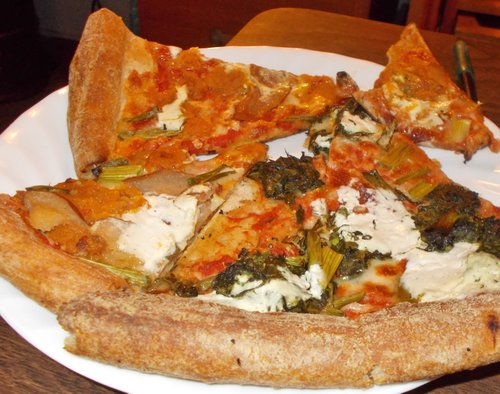 I notice the place has been covered in snazzy murals. Next project: the lounge behind, which Khaled is creating with his own hands. That’ll be a full-service kind of cool hangout with beer, wine, food, music, late nite, the whole nine yards, according to Khaled. He says it will be open in April.

“Oh. He’s back here in San Diego,” says Khaled. “But I think he’s just waiting for summer. He's enjoying himself too much over there. His farm, his friends, his horse... His heart’s in Afghanistan.” 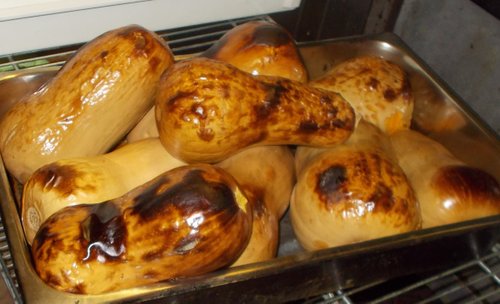