The Pasha of F Street

The street guy takes the blind woman inside the café and says she needs a drink.

The owner doesn’t scoot them out, but asks them to “please wait.” The two wait outside. A little while later, the owner comes out with what looks like an ayran-laban, a yogurt drink, or maybe a jallab, made from fruits and rose water.

She says “Thank you,” and goes off on the street guy’s arm. 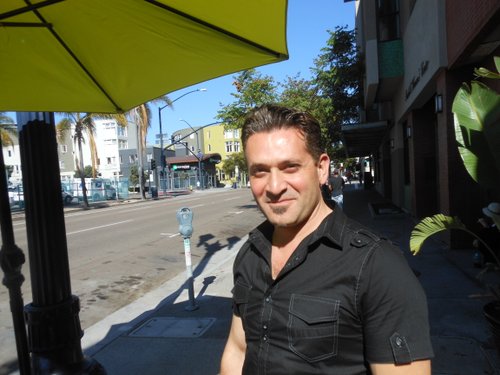 I’m impressed. Name's Sam. He didn’t have to do it. The menu says these drinks are worth $2.99 each. 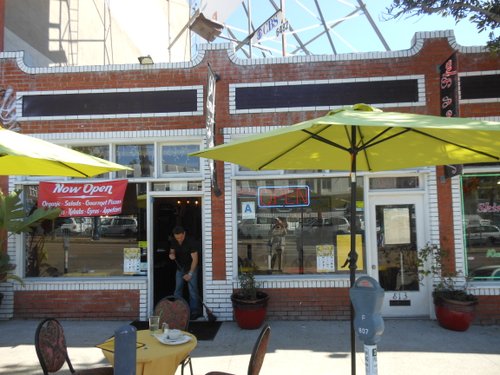 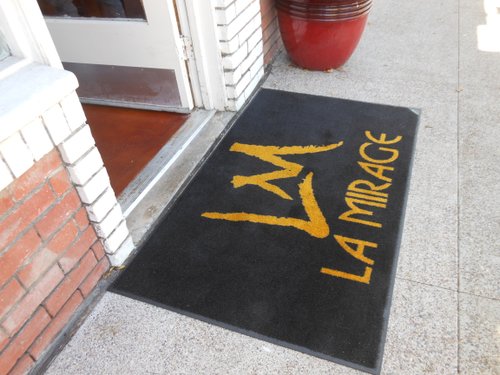 Actually, the yellow umbrellas up here, and the green ones down there are starting to wake this block up, make it feel kinda cool and welcoming.

Me, I’m sitting here eating what you might call a “Beirut Burger,” because the guy, Sam, is from Beirut, Lebanon. He’s been open here two months, but before this, he owned a place called Pasha (“Lord” in Ottoman Empire days, it seems), up in Hillcrest. 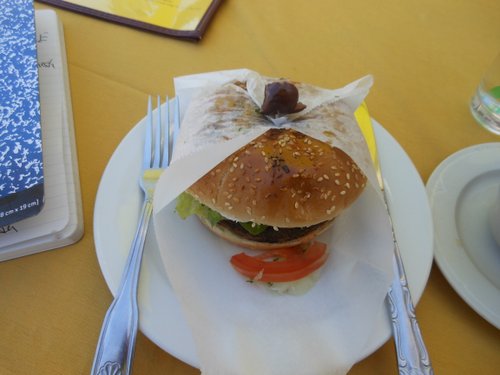 Burger comes with a bonnet, and a kalamata olive

It’s a pretty standard boiger: meat patty with lettuce, raw onions and tomatoes in a sesame bun, except for one thing: no, two things. One, Sam has put a garlic sauce over the patty, and two, he added a house dressing, kinda sweet, like thousand island. Result: Sweetmeat! But with that garlic tang. “Beirut is very international,” says Sam. “People accept new things. This is an experiment of mine.” 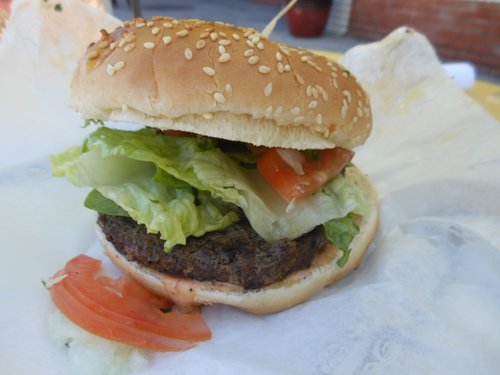 Actually, Sam came over young and now is totally American, got a degree in economics, think he said, at SDSU. But he stays curious, foodwise. Partly because his wife, Tuba, is Turkish, and brings her ideas about kabobs and healthy eating to the party.

“She comes up with dishes like the Iskender kebab ($8.99), named after ‘Iskender,’ Alexander.”

Alexander the Great? Maybe not. Apparently it was a 19th century guy named Iskender Efendi.

Whatever, it’s a famous dish from northwestern Turkey. Wide, thin slithers of grilled lamb, traditionally, with tomato sauce and yogurt in there somewhere. I’m hot to trot on this, except I’ve already got the burger ($5.99), and a cup of lentil soup ($2.99)... 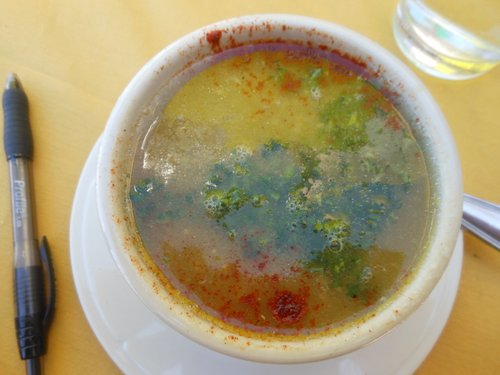 ...which, if you add a dash of salt, is dee-licious with da boiger.

“The meat in the burger is organic," says Sam. "No hormones, anything. And we make sure the animal has lived a good life, not trapped in barns and fed corn. The lentils are organic too. This is healthy, home-made food. Ketchup and soy are about the only prepared things we go out and buy.”

I almost ate inside, because it all feels classy and has cream table cloths and Moroccan lanterns and paintings and nooks that feel straight out of 1001 Nights. 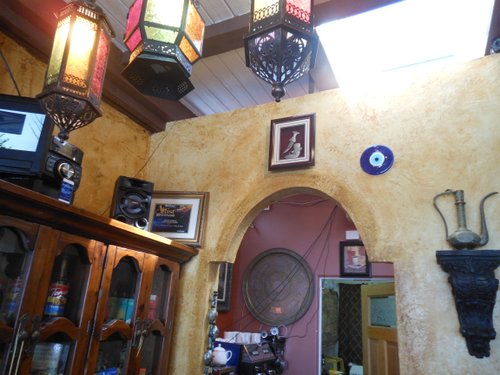 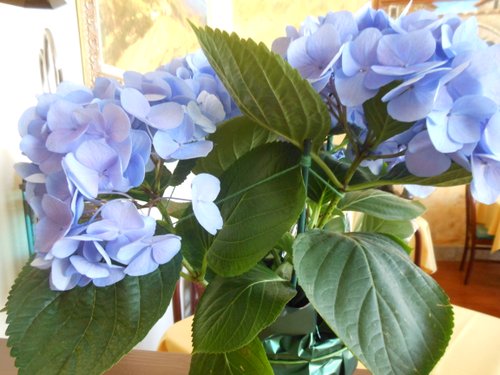 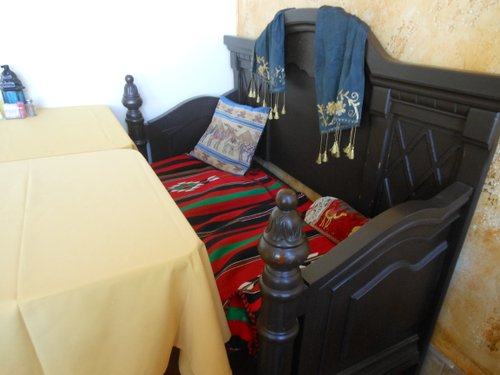 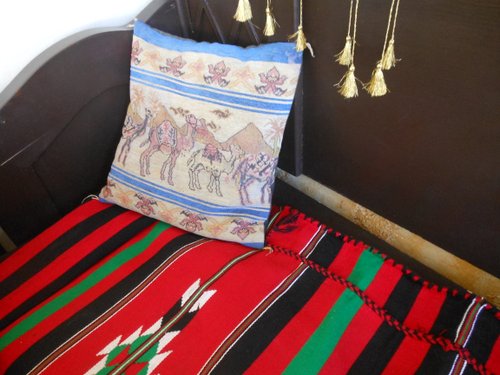 But in the end, the street calls. Swank, cloth-covered tables on a not-so-swank street. Nothing like it. Munching away, you feel like, well, a Pasha.

OMG :::))) This is the owner of the previous location PASHA in Bankers Hill,,, SAMMYYY!!! whats up man... I missed the food, i've been lost to where to go since you guys sold your old place, let me tell you this man, you have the most amazing food in the arena,, i will stop by Tomorrow Sunday and have the Shish kabob Mix with my wife, my father, he also missed the Chicken Shawerma plate... And that Fresh mediterranean Lemonade, Yummehh :)).