So wow. You know you’re in sophisticated circles just from that. He's mixing the yellowish French liqueur in with a bunch of other stuff, including absinthe. Me, I'm happy downing my Old Viscosity, an American Strong Ale from Port Brewing. Echoes of bittersweet chocolate, coffee bourbon, vanilla, oak...

Uh, I'm reading that last part from the menu. Let's just say it's a pretty nice li'l stoutly thing. Three bucks, happy hour. But what I'm really waiting for Christian to hand over is my other three-buck-each bargain, my two corn dogs. 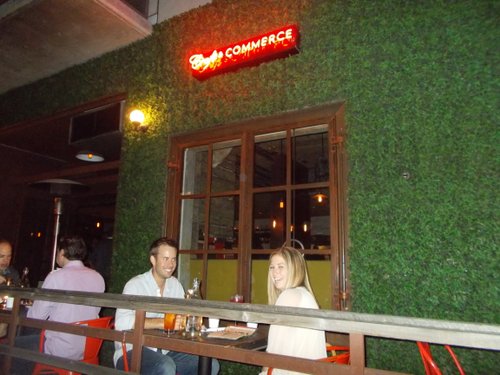 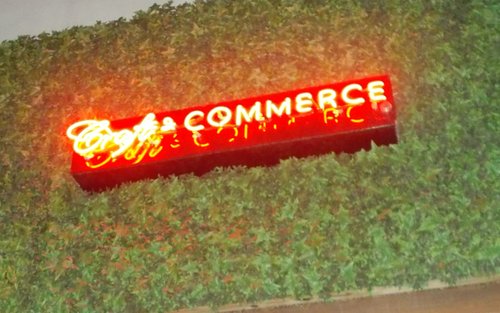 This is happy hour and everybody’s happy in an understated middle class way. 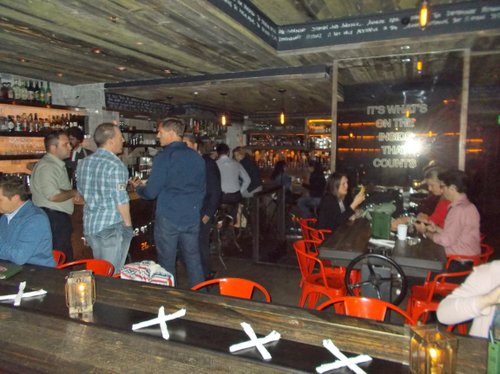 The walls are filled with books, zebras, lunging bears... 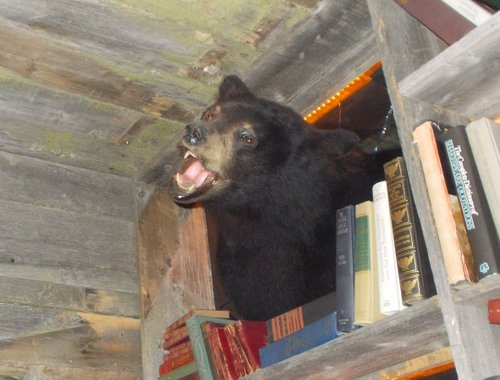 ...and wizzicisms, like the mirror that has “This mirror is supposed to make this room look bigger than it is.”

And everybody’s talking to their barkeep.

“I was down in Oaxaca in November,” our bar guy Christian is telling Vince, the guy next to me munching on a delish-looking burger (“Ode to the Burger: aged cheddar, onion marmalade, tomato, lettuce, house sauce, $11”). 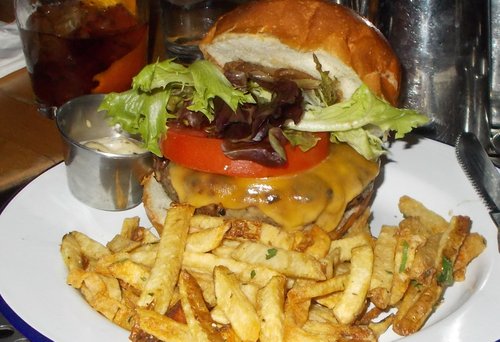 “We had this pachuga mescal. Like, chicken breast mescal. They prepare it with all kinds of fruits soaked in it, apples, grapes, all the ‘benefits of the harvest,’ …plus a chicken. It tasted of fruitcake, and chicken.”

He grabs a bottle of mescal. 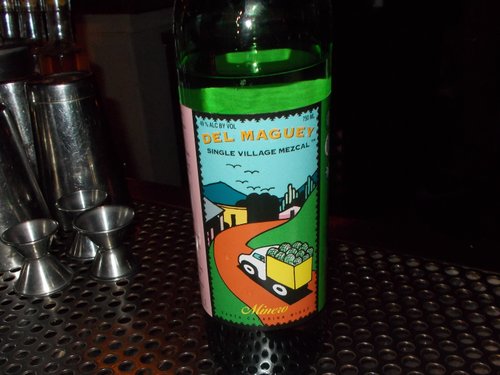 Ninety proof. “You can tell how strong it is by shaking it and waiting to see how long the bubbles take to disappear. The longer they do, the higher the alcoholic content.”

And he does just that with this “single village” bottle. “Like a single malt whisky,” he says. “Each village has its characteristics.” 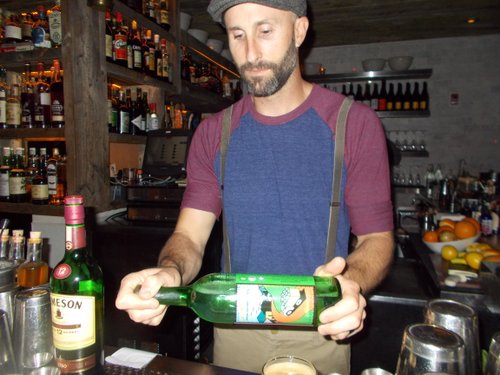 The bubbles take a while to pop. He pours us a sample from it. I’m no expert, but it tastes smoky, like, well, a whisky.

Ah. This is when my corn dogs appear. Doggone, so elegant. They’re like drum sticks for a kettledrum. They come with two pots filled with gunk. “Spicy cheese fondue,” Christian says, pointing to the first pot. “And the other’s whole grain mustard.” 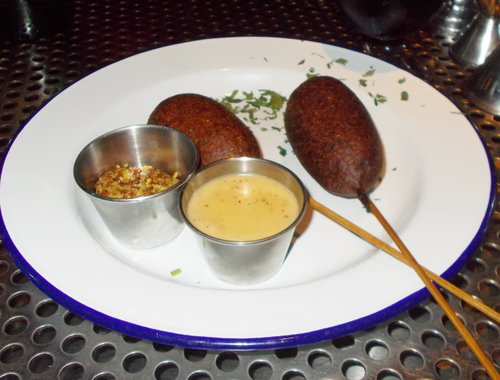 And the dogs? “Cheddar-studded bratwurst.”

Whatever da heck they are, I swear, these are the most delicious hot dogs I can remember. The dips make them, but the meat flavor itself is just so interesting. 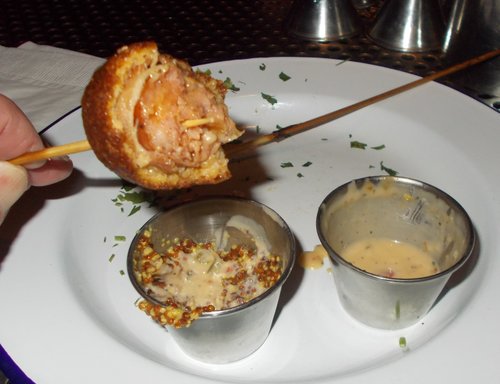 Remains of the dog...

Or maybe it’s that this guy Christian’s so interesting he makes everything interesting around him. Guess that's what we're mixing here: craft and commerce.