Ed bargain-hunts on the Street of Dreams

Whew. Made it to the last stool at the bar. This is game day in da Gaslamp.

Sit down next to a guy named Travis.

“I eat here, because inside Petco Park you’re going to pay at least double,” he says. 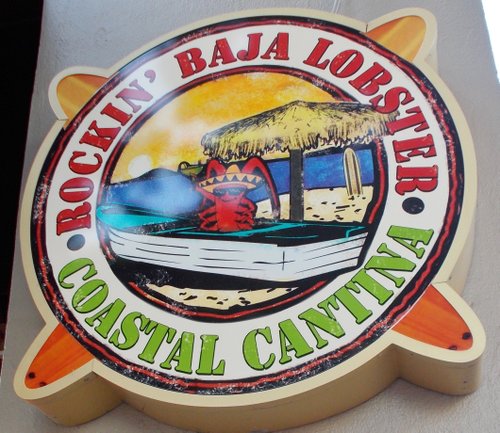 We're here inside Rockin’ Baja Lobster (310 Fifth Avenue, 619-234-6333, at 5th and K.) Easy walking distance from the ballpark. Travis is going, but not before he fills his belly, at happy hour prices. 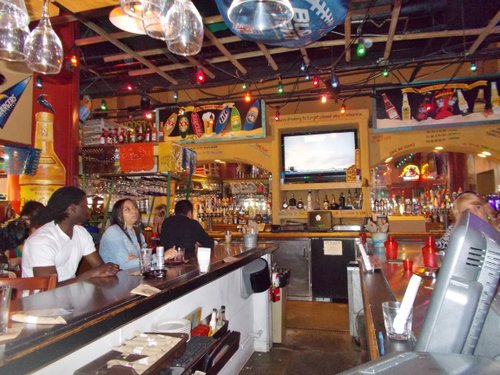 I get me a beer. Bud Light…dammit. I find out just after I give Chelsea the order that I could’ve had the same size (14-ounce) glass of draft Dos Equis Amber or Tecate for the same price. Four bucks.

“If you’re drinking to forget,” says one of a zillion signs on the wall, “please pay in advance.”

Walls have great Baja atmos murals painted on the brick. 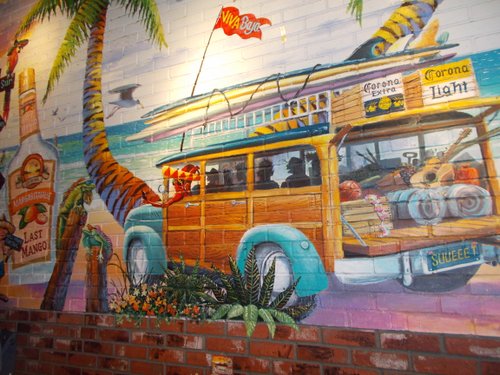 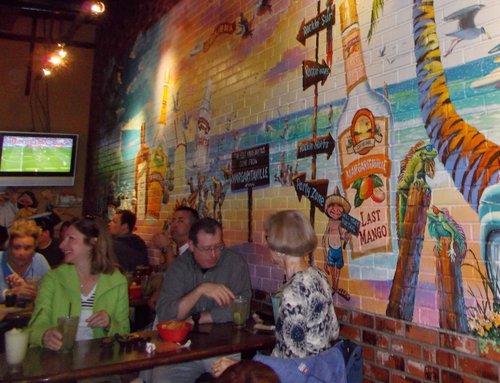 Travis is chowing down on a plate of Gnarly Nachos ($7), with chicken added for an extra two bucks. Plus “sweet and spicy” calamari ($7). In a china handle-plate. Pretty cool. 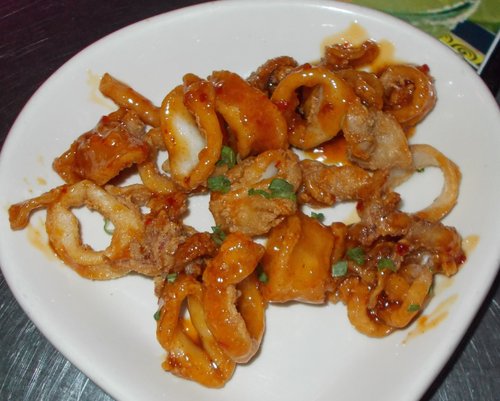 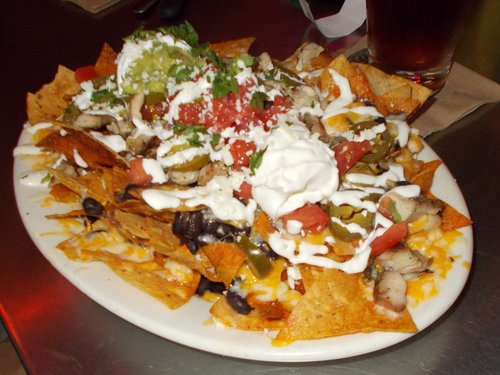 Me, I’m trying to decide from the happy hour menu.

I do lift one from his plate. It’s great, squelchy, a little hot, and sweet.

But seven bucks…I go for one of the $3 “outrageous” tacos. Choice is surf and turf, portobello mushroom, fish (grilled or crispy-fried), taco fritos, or one called “taco chingones.” Not sure what’s in there, and things are so flying around here I don’t want to lose Chelsea when she arrives with my beer.

So I just say “Surf and turf,” and before you can say “taco chingones,” the chef’s putting it down, steaming hot, in front of me. 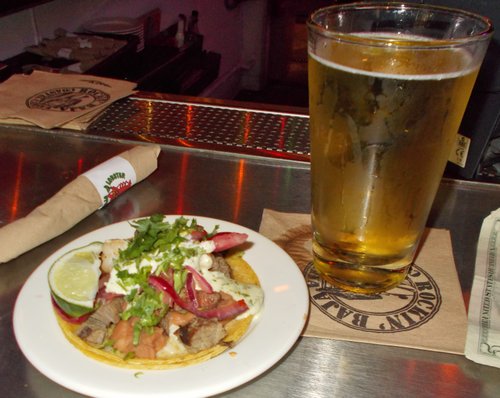 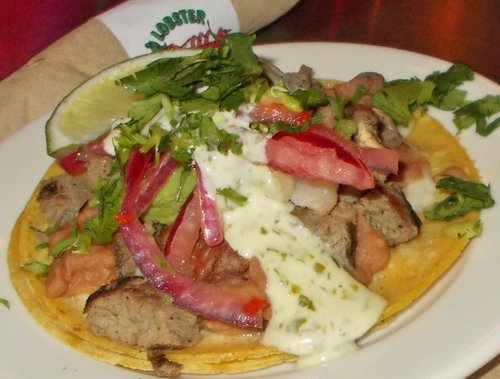 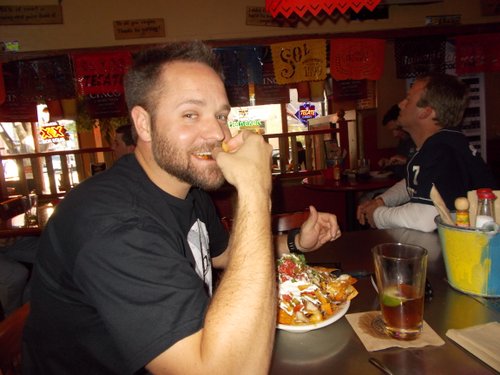 ...at his chicken nachos. He works for an aerospace company. Some kind of a rocket scientist, I bet. “I’ve been sent to Georgia. It’s beautiful there, but this, I miss.” 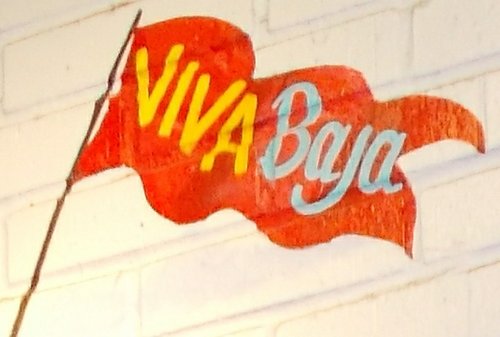