I’m crunching into a truly dee-lish bruschetta, loaded with big sloppy caramelized onions that sit under bigger, blacker, splayed-out wild mushrooms which are topped with bubbling, golden, toasted blue cheese. Plus a wild crown of watercress on top, green and fresh. Scrumbulicious is the only word for this little masterpiece. It's a total treat. Six bucks for four. 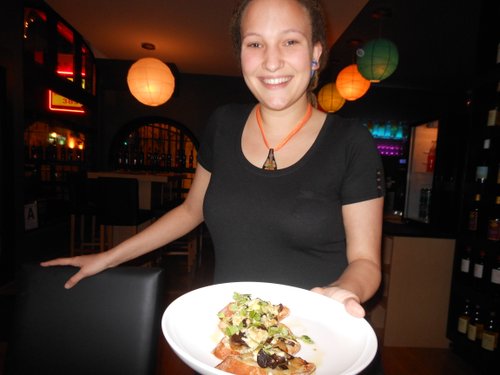 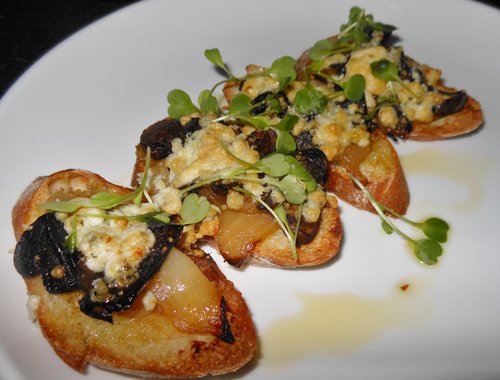 This is night time up in Hillcrest, in the new place where Caffe Vergnano 1882, then Taco Banh had their short lives. I always thought the eats and décor here should follow the spirit of the louche, New Orleansy-style balconied building it’s in. And outside, that's just what Urban Eats (3850 Fifth Avenue, Hillcrest, 858-729-4588) does...

Yet inside, it's spare, techno, wine bar-looking. 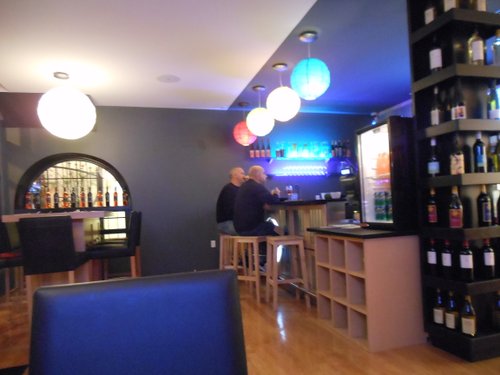 But hey, after one bite of my Bruschetta Blue, I’d forgive any sin.

Of course it’s only an appetizer. Two guys at the next table have been into the real thing. Like evening-scale platters? Vinny, who’s Guamanian and should know pork, has been chowing down on a plate of “Niman Ranch low, slow pork,” with polenta, bacon, Brussels sprouts, and a honey mustard glaze. He says it was great. Cost him $10. Not bad for an upscale kinda meal. The other guy, Ron, had braised kobe beef with blue cheese, smashed potato, roasted mushrooms, spinach and au jus. Cost $12.

Jes' finished when I came in. Now they're eating fresh-baked chocolate chip cookies, with caramel syrup and cut-up strawberry. On the house. 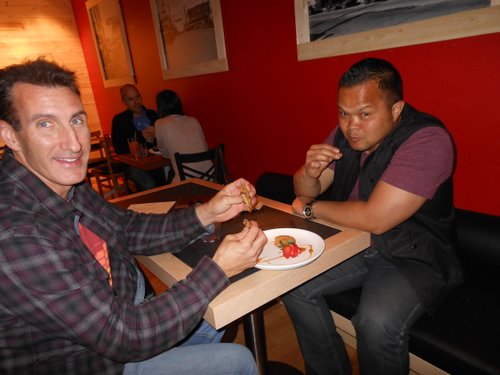 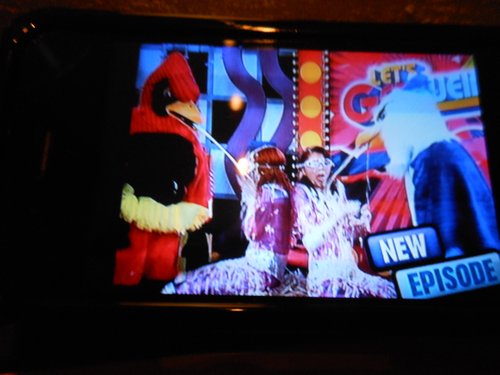 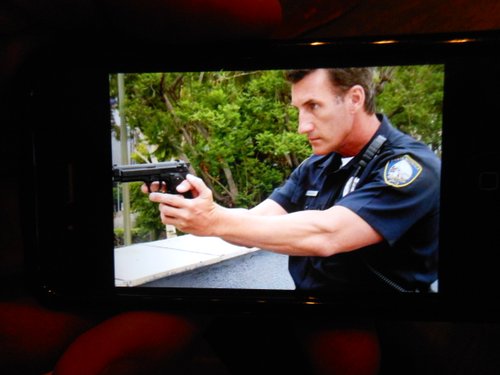 Teddy Wickersham, the manager, comes up to see how we’re all doing. 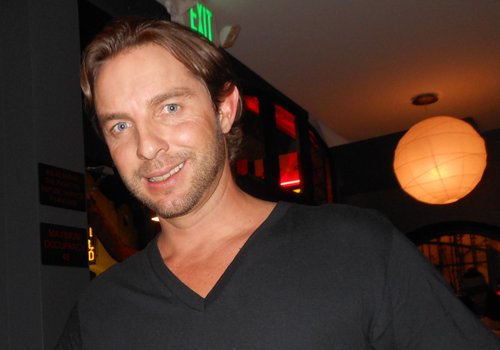 "Taco Banh was Chris Sayre the executive chef’s idea," he says, "but this neighborhood has so much of Asian, Mexican, he decided to go to traditional comfort foods with his touch. And believe me, he puts his soul into this.”

“Well he sure put it into my bruschetta blue,” I say. “But what’s with the wine bottles and the bar, but no drinks?”

Teddy sighs. “We have the application, everything. Just waiting for the word.”

Big surprise at the end is Shannon the server brings me a plate of two fresh-baked chocolate chip biscuits too. Free. Even after I've only had an appetizer.

Introductory gift? I'm not sure. But I'll take it. They're a hot, fresh, beautiful end to the meal.

And I get out of there just $6.47 lighter in ye old pocket. Honestly feel I’ve had a deal.

Next time? Hey, why not the one with caramelized onions plus brie cheese and honey, plus slices of granny smith apple?

They call it Bruschetta Green, of course.