For Guinness’ sake: Straight burger and no monkey business!

Yeah yeah yeah. It was the Jewel Box and now it’s Monkey Paw. Apart from that, same crowd, same sunset blinding everybody looking out the front door. 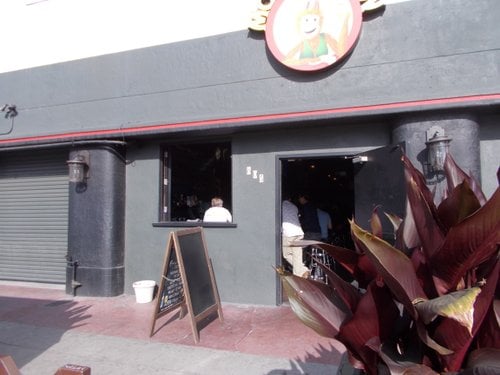 Monekypaw: Not exactly the brightest façade in the world, but who's worrying about the outside? 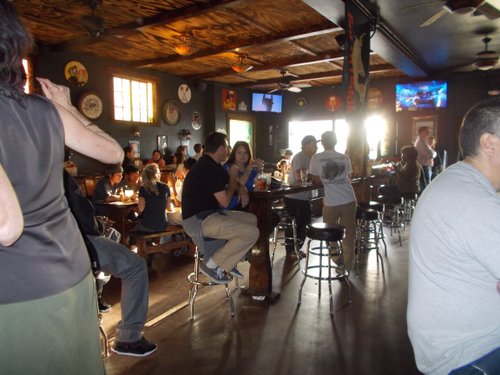 Big difference: beers. They make half of them right here, in the tiny room next to the bare-bones saloon. And the rest are interesting craft brews, not your big-chain disguises like Blue Moon. 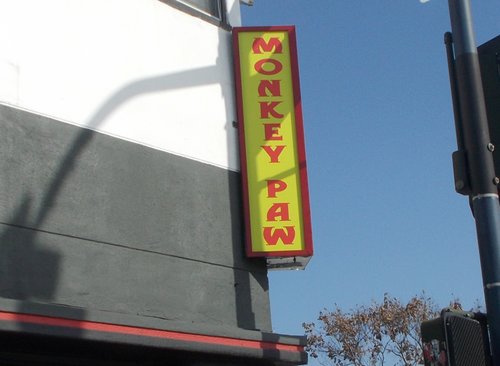 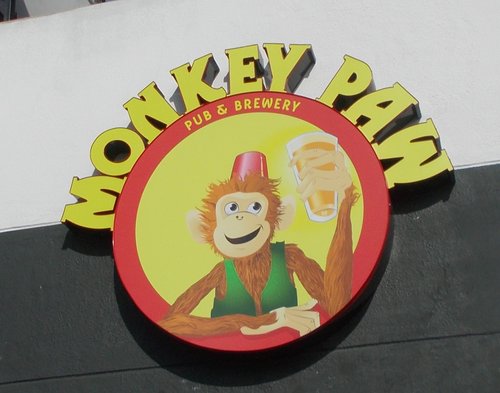 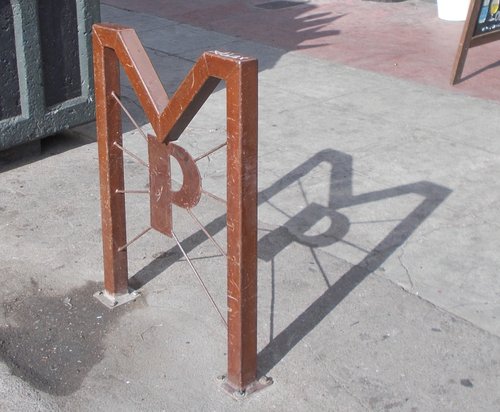 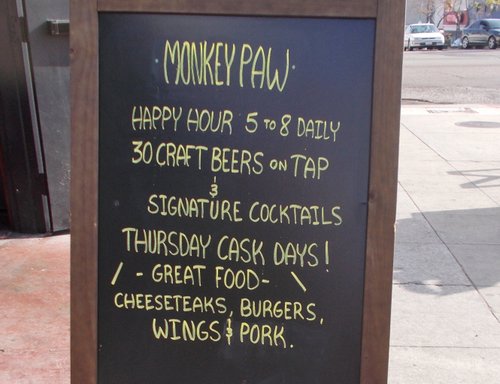 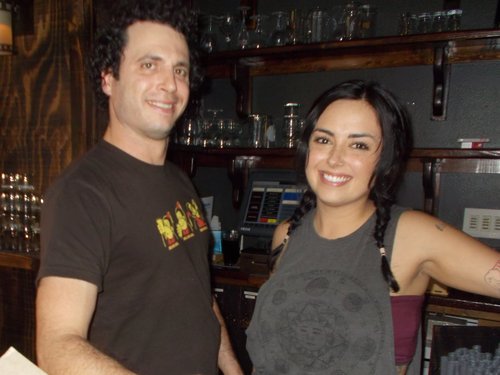 Cosmo and Jess, the food gal

He started February 27th. And here he is serving behind the bar while he’s brewing out back.

They pretty-much let him have at it with the half-dozen brewing tanks right behind this wall... 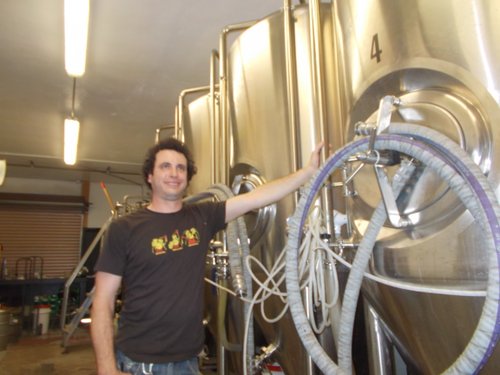 Cosmo and his fermenting tanks

...but the other thing he likes about this job is its location.

“This has been my zip code for 26 years,” he says. “I went to high school up the road. This is my neighborhood. And now I get to play all day in it.” 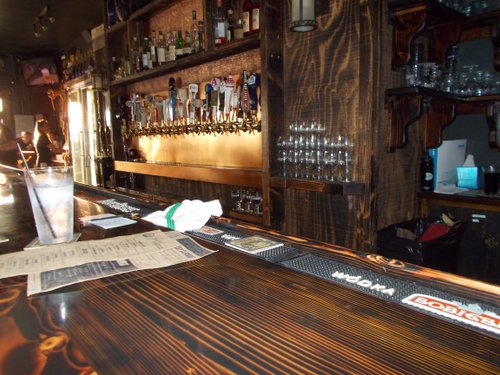 I end up getting his Guinness look-alike ($4 happy hour, dollar off regular price). 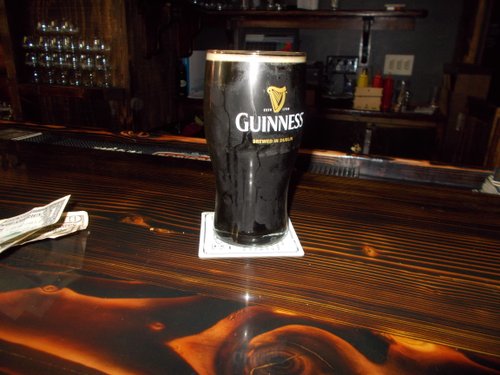 He calls it “Downs Family Irish Stout” after the Gospel group. He gives me a one-gulp taster of the real Guinness to show the difference. I can’t tell.

Then when I mention I gotta have something solid to help this down he points to a little hole in the wall. “That’s the order hatch for the food,” he says.

Menu’s full of greasy kid stuff. Everybody says their cheese steaks are great, specially the Naughty Monkey with their own sauce, plus pepperjack, spicy Serrano, and onion slaw. Comes with waffle fries. Except it’s $12, and I need to go cheap tonight.

Jess, the gal behind the food hatch, says the cheapest thing is their custom burger ($6). “But that’s like, bun, burger, fries. No frills,” she says.

So I’m halfway down my un-Guinness when Jess turns up with da boiger... 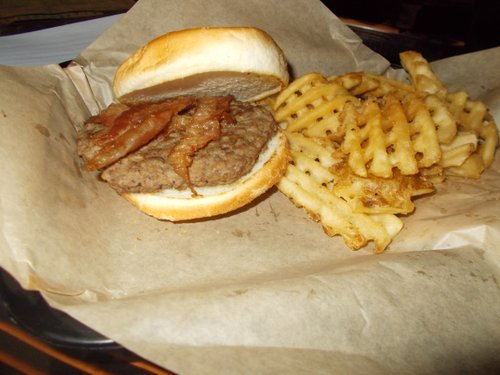 ...She was right. Bun, burger, bacon. You’d get six McDoubles for these same six bucks.

But hey, not just paying for the food here. Plus, ketchup to the rescue and we have some color in there! Also malt vinegar squirted over the waffle fries, and flavonoids start sparking. 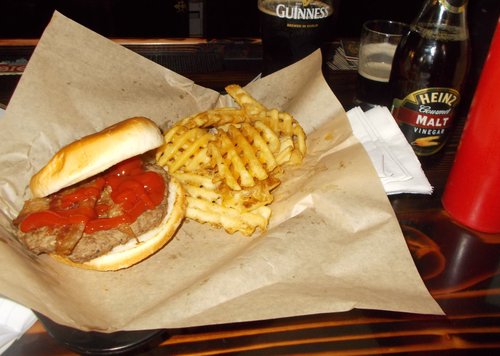 And here’s the thing. Without the usual mountain of stuff, lettuce leaves, slippy tomato slices, flick-out dill pickles, it’s actually a pleasure to eat and just taste the meat.

I hear it’s the guys who own Hamilton’s and Small Bar who took this over. With their fanatical interest in on-the-spot beers, I swear it’s the best thing that could have happened to the late-lamented Jewel Box.

Cosmo says he prefers hoppy to malty, and he's got a bunch of his own concoctions coming out over the next few weeks. Can't wait.