The Counter has a deal of a meal…uh, might bring your microscope

This is so typical.

I’d been watching this corner – 6th and G – for months, waiting for these guys to open. 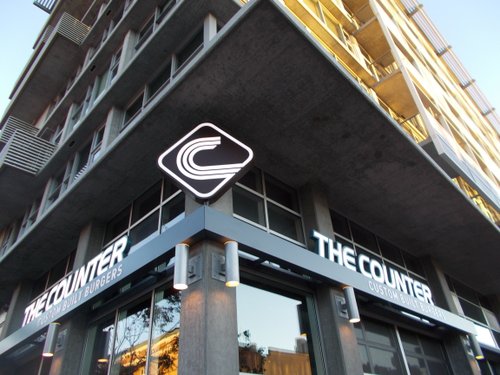 Then when it happened, I blinked, got distracted. It’s only t’other day, when I’m wandering, lonely as a cloud, that I notice an arresting face at the, well, counter. 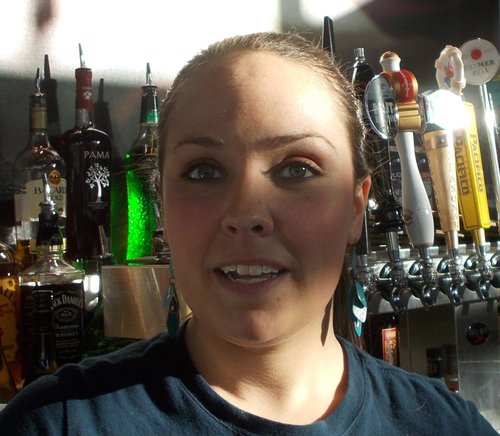 Sarah. Says they’re open. Have been since October.

It’s in a brand new building, but it’s all gray-blue industrial, with roll-up streetside windows and a big U-shaped counter in the middle. Guess I'm going to sit down, 'cause now I'm curious. 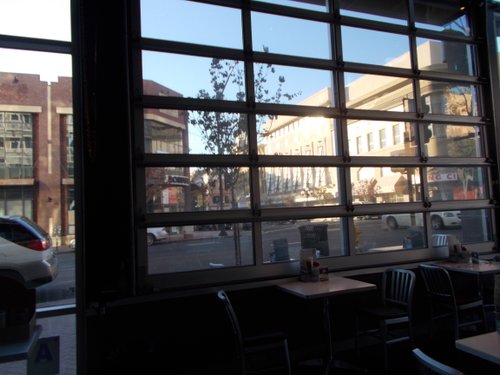 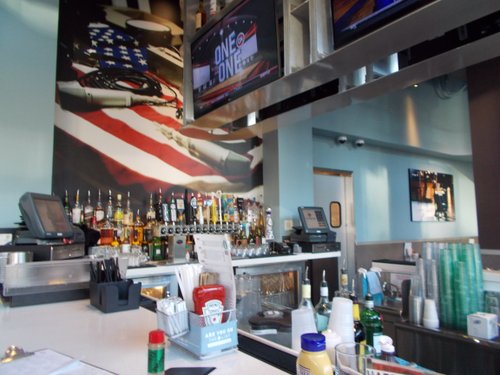 The idea is like Which Wich sandwich places: you get a chart on a clipboard and you check off exactly what kinda burger you want, Like 1/3lb? 2/3lbs? Beef? Turkey? Blue? Feta? Baby spinach? Pineapple?

The basic seems to cost around $9.

Hadn’t intended to eat right now, but as they say, a burger in hand’s worth two in the bush, and besides, Sarah has already handed me the menu and - hey! – a happy hour menu. 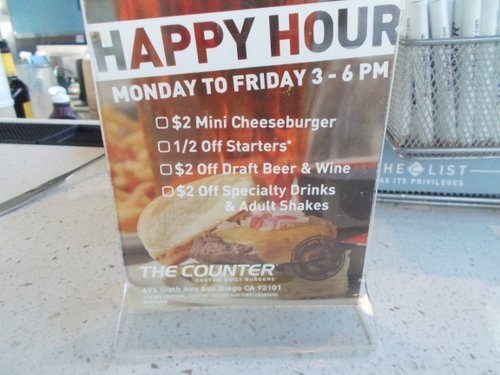 Turns out this place is party of a mighty chain. Dozens and dozens. Like, over two dozen outlets in California, more in half a dozen other states, plus still more in a dozen other countries, including the UK and half the Middle East. Dozen get bigger than that, heh heh.

So big chain, but turns out it has the smallest boiger I’ve ever eaten.

I’m here around five at night, and feeling more snack-seeker than mastodon hunter. I keep my eyes on the happy hour menu. And first thing that pops out: wow.

Okay, so when it comes, this little burger... 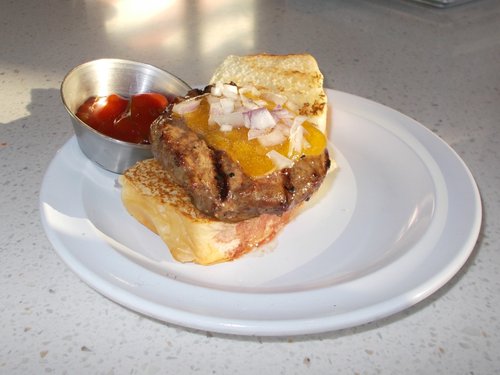 ...is on a little plate but, well, actually it’s not so little. It’s thick, nicely grilled, with golden melted cheddar, looks like, on top, plus chopped red onions, and a pot of sweet red relish.

I thought it was gonna be gone in one gulp. But nope. Actually I stretch it out to quite a few scrumptious chomps. And by the time I’m done, I could leave satisfied. Best two bucks I’ve spent in ages.

’Course, never could leave well enough alone. The menu’s still standing in front of me, and next time Sarah comes by, I order the chili cheese fries. 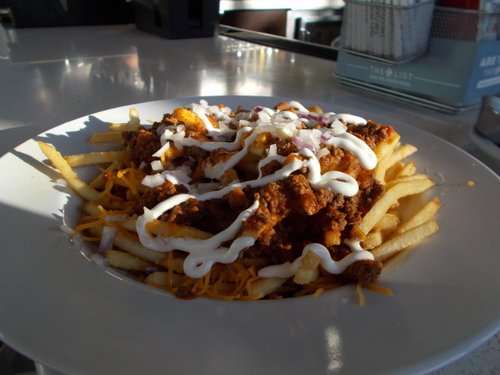 I mean, $2.75, not even Job in the Old Testament could resist that.

And yes, it’s big, the thin fries are crunchy and there’s plenty of chili. This would’ve more than done it as a meal on its own. But once I’m back on the street, it’s the thought of that beautiful little burger that stays with me, that I’d come back for.

Maybe that’s why these guys are spreading like kudzu all over da woild. 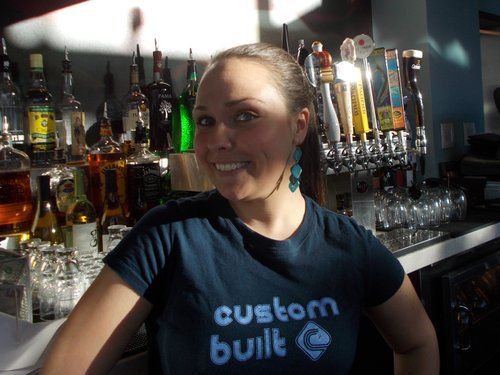 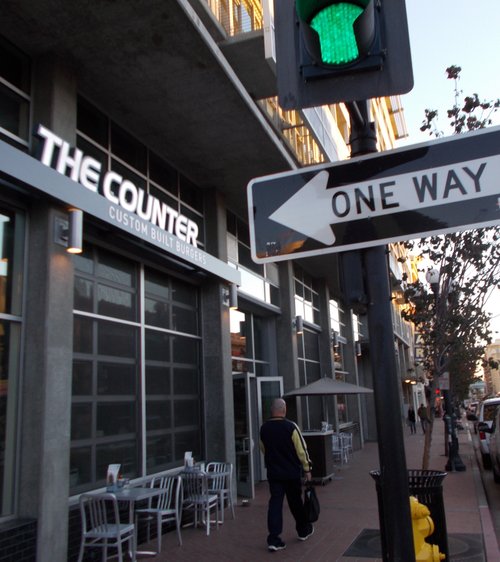