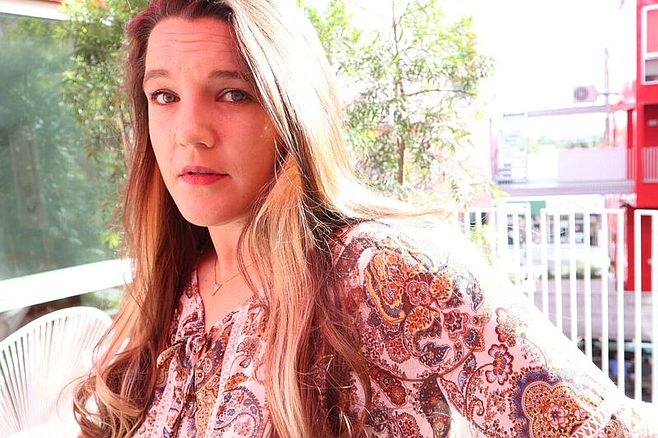 20 acts on two stages, along with vendors and interactive art

Lindsay White is organizing a local women’s music collective known as Lady Brain Presents, in part to combat “the toxic comparison and isolation social media often breeds, [which] can leave you feeling like you’ll never be talented or pretty or cool enough to get ‘there,’ wherever that is.”

The seeds were planted for Lady Brain while dealing with a personal loss. “When my mom died two years ago, my whole perspective shifted in terms of where to find joy, self-worth, and success as an artist. We can spend our whole lives looking up the road for it, or we can stop for a moment and acknowledge how creative, valuable, worthy of love, and capable of service we already are. The Lady Brain Collective doesn’t discourage ambition by any means, but we are set up in a way that facilitates genuine relationship-building in real time.”

The collective website touts five things White is passionate about: Lyrics, intersectional feminism, grief support, LGBTQ+ issues, and mental health advocacy. “Our first meeting near the end of 2018 was very low-key and casual; it was a simple breakfast I hosted for a bunch of musicians I invited from my folky and queer bubbles. It was a mix of people I’ve known for ages, like Cathryn Beeks, Steph Johnson, Tori Roze, and Allegra Duchaine, along with people I’ve befriended more recently, like Jules Stewart, Miki Vale, MC Flow, Whitney Shay, and Paige Miller. Our first meetup was just a bunch of women sharing their stories, experiences, and challenges. Just a few months later, we're so much more organized. There are different ways to be involved, [including] physical meetups, a private Facebook group, a shared Google resource doc, community gatherings and showcases, and more. Depending on where you look [online], there are about 40 to 60 active members.”

White, who usually performs solo or in acoustic duos and trios, will stage a full band performance at the Whistle Stop on April 17, during the launch party for Lizzie Wann's new poetry book. “My bassist James Staton and guitarist Steve Nichols have been with me for a very long time, but the full band was on the back burner throughout most of my time with the Lovebirds, my folk-pop duo with Veronica May that disbanded in 2016. Our original drummer Joel Mendoza got stationed in Japan, so we recently brought in Jules Stewart…. I still play a lot of solo gigs — libraries, listening rooms — but I love having the option of that bigger sound when the venue or festival calls for it.”

White recently released a new video for "The Hound," recorded with longtime producer Alexander Dausch of Studio Studios and inspired by a Game of Thrones-themed songwriting challenge, based on the character Sandor Clegane. She's just come back from playing the Tucson Folk Festival last Saturday. "One of my primary music goals is to establish myself as a notable songwriter in the national folk scene, and folk festivals are a great way to get in front of large audiences who really pay attention to quality of lyrics and caliber of songwriting. Booking festivals is so tough without representation, though. It's rare for festival bookers to take a chance on unknown independent artists, but I'm doing my best to make the necessary connections via touring, songwriting contests, associations, house concerts, etc."

"My hope is to make enough of an impact where people might start to vouch for me in those influential circles. I'm confident performing in a solo or duo configuration, but full band sets are ideal for festivals. It all just boils down to travel expenses and availability."

Her efforts to self-book festival dates are intended eventually benefit others in the Lady Brain collective, whose members openly share contacts and leads. "Every month, we host a donation-based community gathering, which is basically a fancy, neighbor-friendly way of saying music and art showcase. Some of these showcases are held at private residences with limited or exclusive seating...other gatherings are at public venues and available to all."

Of course, with enough contacts and ambition, one can always launch their own music festival. The debut Lady Brain Fest happens July 7 at Heritage Ranch in Encinitas, featuring 20 acts on two stages, along with vendors and interactive art.