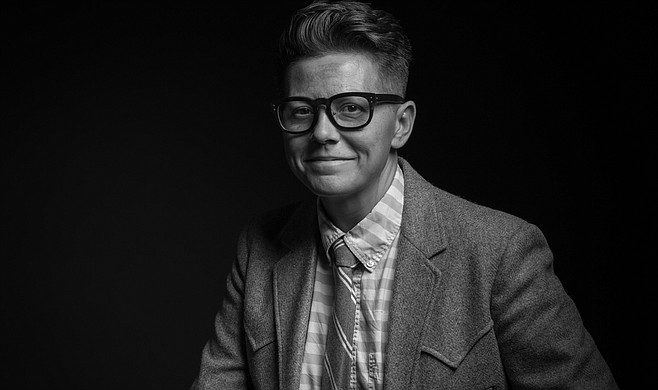 Veronica May has been playing piano for over 20 years, percussion for over a decade, and guitar for several years. She grew up in a small town with big love. Her mom and dad played in a 1970s band called the Flatlanders.

In San Diego, she particularly loves Ocean Beach, a place she loves to take out-of-town visitors. “I would have them all blindfolded on the way. I would walk them to the edge of the shore and announce regally ‘Unveil yourselves!’ When they took off the blindfolds, made of organic materials, they would see the ocean. I would have a tape cassette cued up with Enya’s ‘Only Time’ playing. There would be tears...”

May won Best Acoustic at the 2008 San Diego Music Awards. In 2011, she became the new Glee Club Director at Clairemont High School. She and Lindsay White have also performed and recorded together as a duo called the Lovebirds.

May has been very open about her battles with bipolar disorder. “I had a manic episode this past July,” she said near the end of 2011. “[I’m] about a week off of Zyprexa and I can't sleep. I feel as though I have drank a tub of coffee. But less meds equals more me...the process of recovery has begun.”

She describes her time in a mental health ward as being “Tackled to the ground and pumped with sedation. Taken to the pits of the ward. So confused. Staying up all night paranoid that they were all coming to kill her. Hearing footsteps down the hall. Staff opening the door every hour on the hour, flashing a flashlight in my eyes to make sure I was still alive. To make sure we were all still alive.”

The message May wants to spread is one of hope and recovery, a promise she is living by example, not only for her friends and fans, but also for anyone whose life may be affected by bipolar disorder.

“I have to make sure and stay alive. To experience what it's like to summit and stumble. For I have seen the spectrum. Like God holding hands with the devil. The very left hand of God touching euphoria and the very right hand of Satan clenching his fist around my lungs.”

She released a new album in 2017, Awakened, featuring guests like Jason Mraz, Jeff Johnson, and Jeff Berkley of Berkley Hart. As of the following year, her band included Berkley and Johnson, along with drummer Josh Hermsmeier.