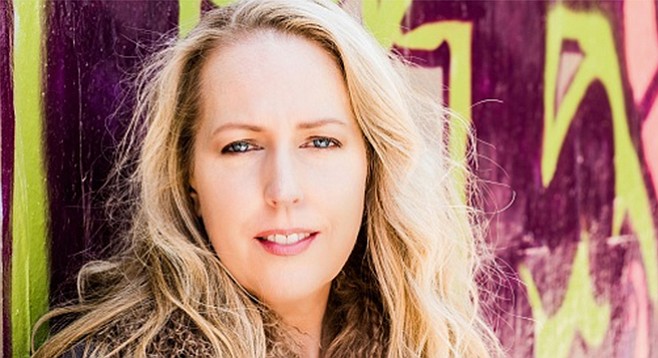 “Before we started this nine years ago,” says vocalist Allison Adams Tucker, “many San Diegans had no experience with Brazilian culture — the language, the music, the dances. Now it’s become a part of the local tapestry and it keeps getting bigger each year.”

...live at the Blue Note in New York City

Tucker is referring to Brasil Jazz Festa, the celebration she’s presenting this Sunday (February 19) at Dizzy’s in Bay Park. Tucker got her first taste of Brazilian music when she was teaching English as a second language at MiraCosta College.

“I had a lot of Brazilian students,” she recalls. “One of the ways I would teach them was to share songs. I really love the energy of the language and the music and the way it makes you feel — the stories behind it. The country has been through some hard times politically and economically and that comes out in the lyrics even though the music and the melodies are very uplifting. I fell in love with the dichotomy.”

But the roots for the Brasil Festa were really sown when she attended an intense workshop in Cazadero, a one-hour drive north of San Francisco.

“A bunch of us [San Diego musicians] went up to California Brazil Camp, which is held every year in August. They bring masters of Brazilian jazz, traditional rhythms, and samba dancing. You can even learn Portuguese under the huge redwoods. It’s a great way to hang and absorb the culture.”

Tucker’s show seeks to replicate that intensive experience in one four-set evening.

“Two of our artists come from São Paulo. Téka Penteriche sings and plays traditional sambas and bossa novas on the guitar, and we’re bringing in a new percussionist, Bruno Moreira, who just moved to San Diego.”

Pianist Danny Green, flutist Lori Bell, and Tucker will each perform a set.

“He was the headliner. On the final evening we have a grand performance and I got to play with him. Brazilians are very warm and affectionate, and afterwards I went to hug him and he surprised me by planting one on my lips. I didn’t see that one coming and was kind of on cloud nine for a while after that!”