It’s Luciano. He’s sitting with a bucketful of Dos Equis. I’ve just sat up at the bar. He’s at the next table, under the peg board scattered with pictures of past parties here.

He’s already opening a bottle for me, so hey, I transfer to his table. This is around five in the afternoon. All around us, guys, mainly, are drinking a few, singing along with the karaoke, playing pool, dancing with some gal, going outside to order tacos from Carlo, who’s got his taco cart in what used to be the driveway. Ranchero music.

“I work seven days a week, two jobs each day, landscaping, Luciano says. “But sometimes I need to get away from my lawnmower.” He’s from Guatemala, sends money back to his parents. Doesn’t have an easy life. Doesn't have any social life, outside of rare visits to places like here, he says.

This is what I love about Chiquibaby”s. It’s a little bar on this little street you wouldn’t notice in a thousand years. Dewey Street, in Logan Heights, not far from 25th and Commercial. 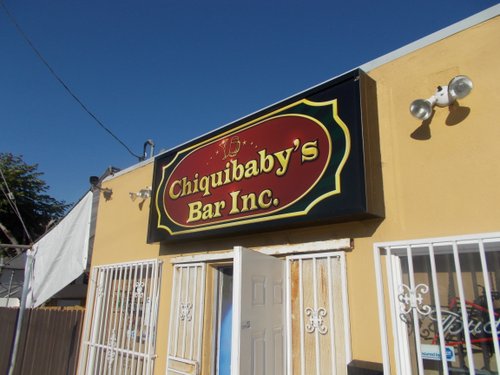 I was in here in February, later at night. Kinda different crowd, but still cracking those pool balls, lots of laffs and quaffing of beers. The whole family who own this were working the tables and kitchen and bar. They gave it a neighborhood feel.

Lorena comes over. I figure the best way I can do my part is to order some food. Pretty soon she's sitting down talking with Luciano. 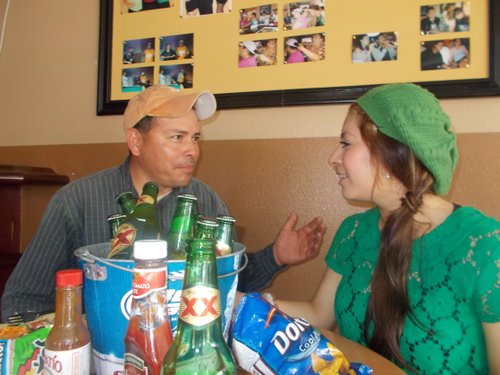 No contest…okay, contest. I end up getting an adobada taco... 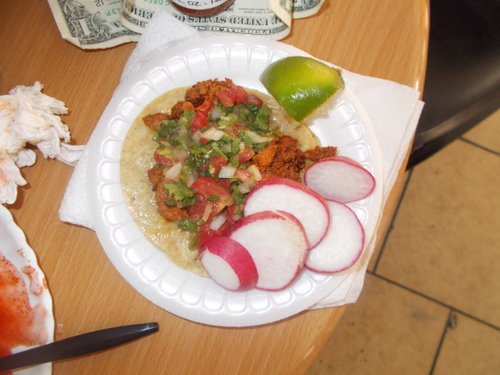 ...a tostilocos, and the tostada. The tostilocos – the Tostito bag cut open and filled with chopped up cucumber and cueritos – pork skin strips, and chacachaca – spiced tamarind - is the winner. Just can’t get enough of that cueritos-Dos Equis combination. 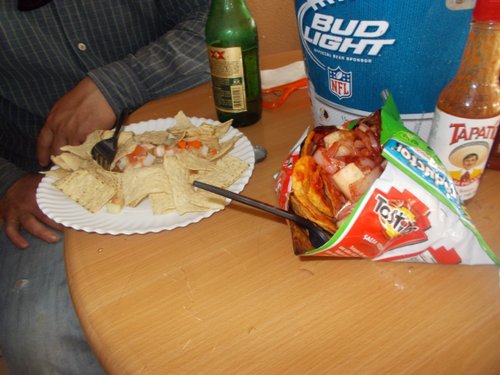 “Sometimes you need company,” says Luciano. “Doing this work, sending money to my parents, it takes all your time, and it's lonely.”