But my buddy Hector buzzes through the calles like a kid heading for the toy store.

We’re in his li’l red Hyundai, a model I’ve never seen before. Back plate says “Atos, by Dodge.” He says it’s a design out of India. Does 45 to the gallon. Bought it here, about $9K.

Whatever, by now we’re not far from Quintana Roo, I know that. And Agua Caliente. You can see some office buildings sprouting out every now and then.

Then we’re parking in a spare lot and heading towards a square tent on its corner.

Huh. A food truck anchors one side. “We’re open!” says a banner in Spanish. “Seafood tacos. Come and try us!” 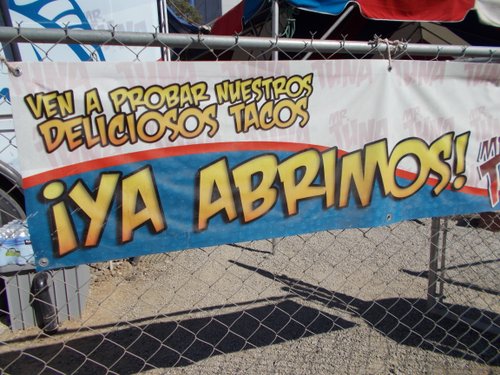 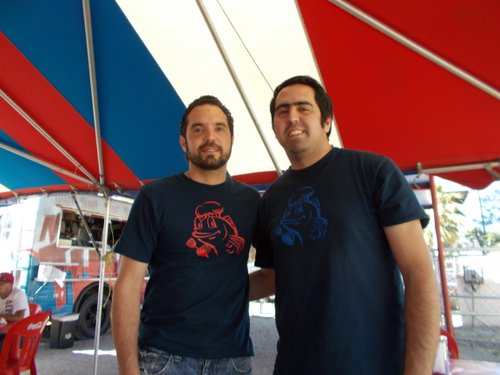 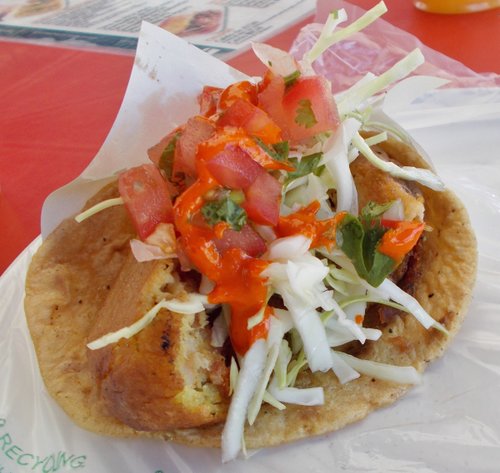 And I’m munching into THE most delicioso octopus taco I can remember. Not the usual rubbery suckers you get, but a kind of little stew, with parmesan cheese, ground almonds, cilantro…itr’s so danged delicious I forget to take a photo before I’ve chewed through half of it. Costs about $1.50. 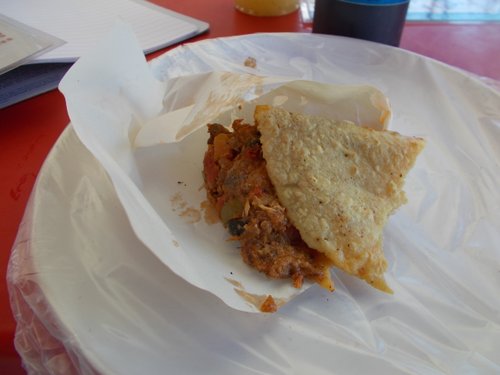 But that’s just the beginning. The drink’s pineapple-celery, and next up is a fish tostada, tuna stew… aargh! Need more time. Check for a coming Tin Fork.

That looks different! Always nice to be surprised by a dish, I always say.