Down by the Otay river, swordfish plays with Ed’s taste buds

So how come I’m eating the most scrumptious swordfish taco I can remember, and right here? 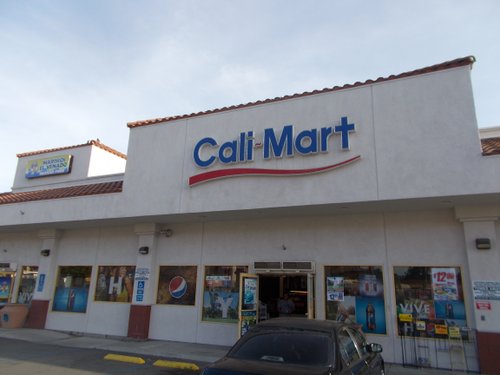 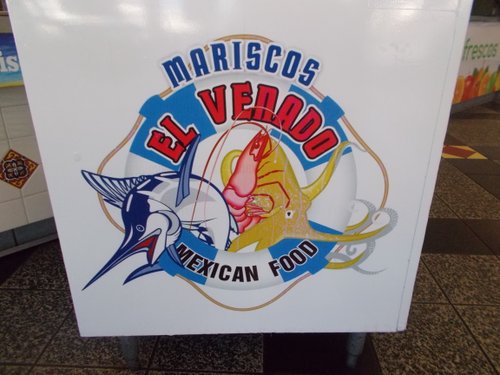 Can't help noticing: It's a seafood place, but it's called "El Venado," "The Deer." Think "Venison."

Turns out they have plenty of standard land food too, from a pollo asado plate ($6.99 with rice and beans), to rolled tacos (three for($2.99). 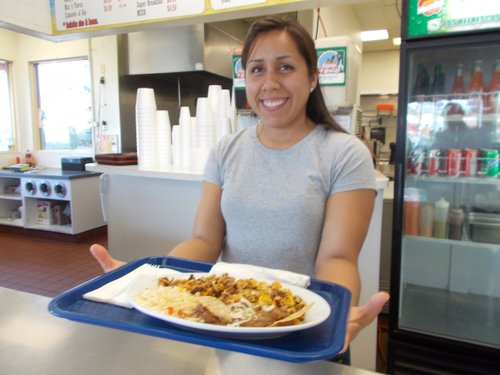 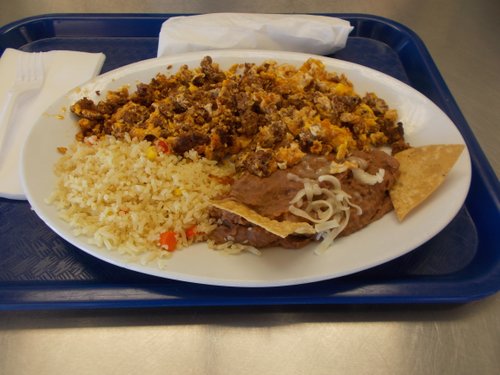 It goes down well.

But the beautiful surprise comes when I decide to go for one seafood thing. Hey, this is a marisco place.

Gonzalo the cook says everybody loves their swordfish tacos and burritos ($3.49 and $7.99. The burrito comes with rice and beans). 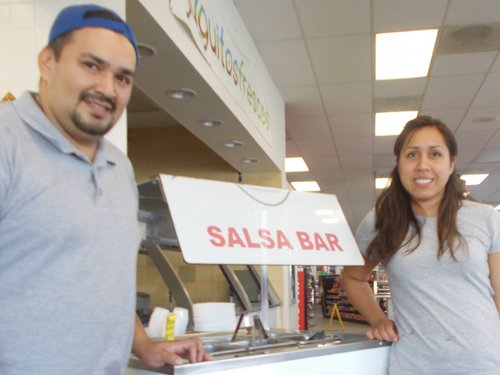 Can't resist. I go for the swordfish taco.

“Actually it’s marlin,” says Gonzalo. “We get it from the Sea of Cortez.”

Pretty soon, Gonzalo comes out with the marlin taco, and ho boy. This is truly a marisco masterpiece. The saltiness of the reddy-pink chunks of marlin is their natural taste, he says. No salt added. 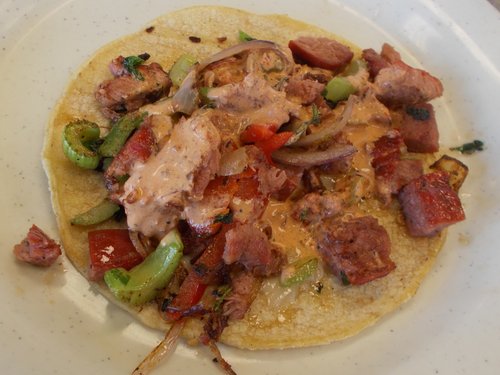 The whole little corn tortilla circle is dotted with crunchy green and red bell peppers, celery, red onion. And the crowning glory is the sour cream and chipotle sauce that comes in a pot. Orange color. I pour it over, and man. Beautiful, fresh, tasty, zippy-hot.

Honestly, I haven’t had a better one, nowhere.

I mean, who knew? Gastronomy at the gas station?

Ed : Keep up the great work and come back to Tijuana soon.

Thanks Jose Luis. Tijuana has so much going I can't get across anywhere near enough. Please let me know any ideas you have. Best, Ed