Comicon: This place rings my bell

Tin Fish wins as Ed's most atmospheric eatery in Comicon, for the second year. 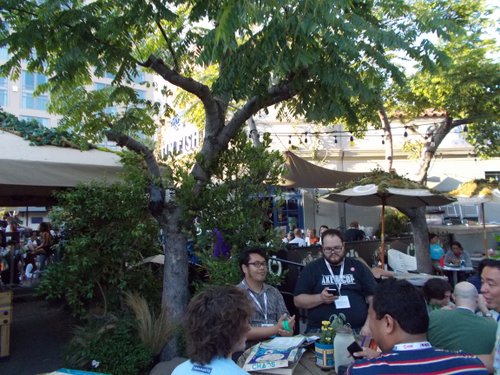 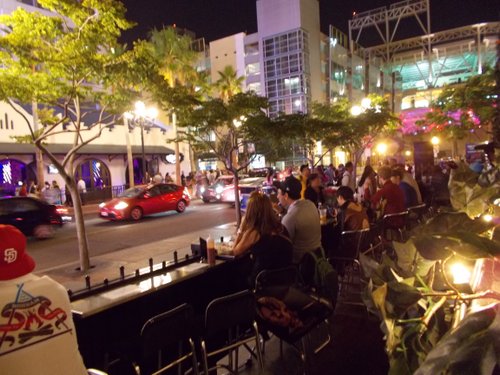 This time, “Revolution” had taken it over... 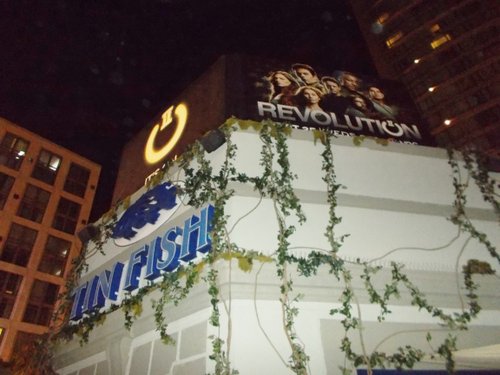 ...covering the place in vines and ancient temples... 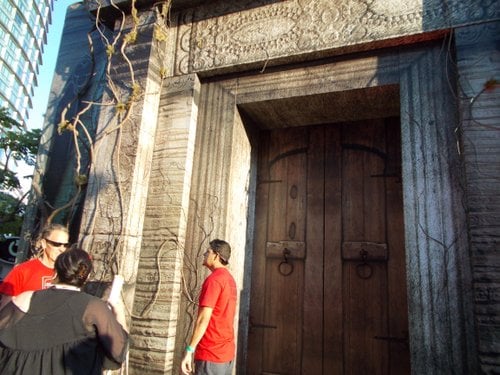 ...and even cell phone-charging stations probably supposed to look like Texas after the apocalypse. Great. Man, I wish Tin Fish could keep up this décor all year, instead of just those clattery aluminum and black chairs and tables they usually have.

But are they charging Comicon prices or standard prices? Your intrepid reporter fearlessly sallied forth to find out.

“How much was that?” I ask this gal Benet. She’s attacking a shrimp burrito that does look pretty messy and beautiful. 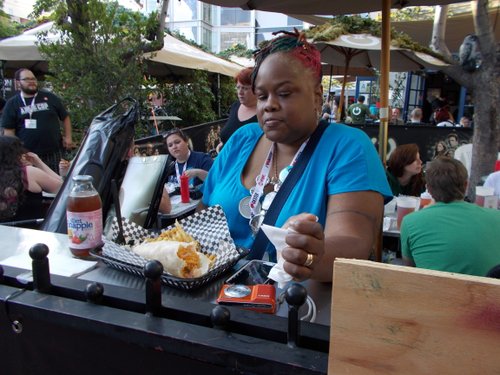 “Not really," Benet says. "That’s with cole slaw, fries and this Snapple. Seems reasonable. This is my third Comicon. They've never gouged me here. And look at all the shrimp you get."

Vanna and Carissa are across the other side... 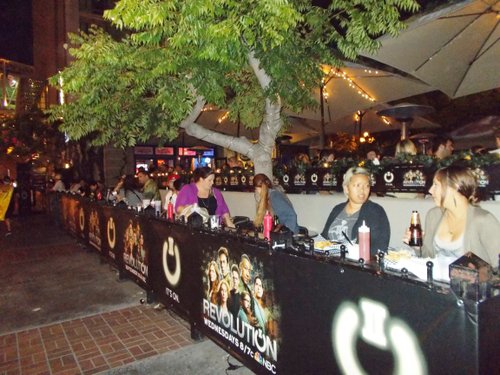 “Eighteen dollars,” Vanna says, when I ask. “It’s the seafood platter. Has everything.” 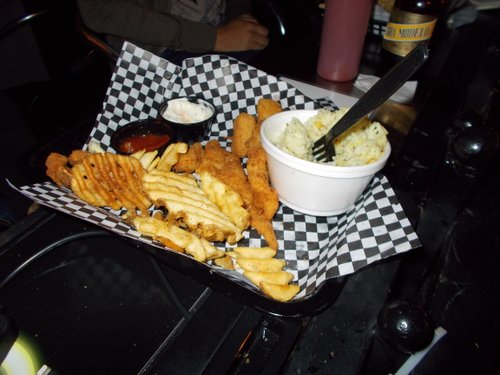 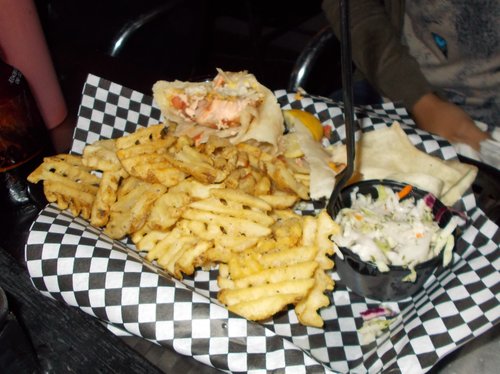 My problem? I’ve only got thirteen Washingtons left to my name as I line up to make an order.

Hmm. Can't complain about that.

Long story short, I go crab cakes. Even have enough over to drop a Washington in the tip jar.

Then, whoa, Crystal heads over to a brass ship’s bell and grabs the rope.

She whacks it loud and clear. 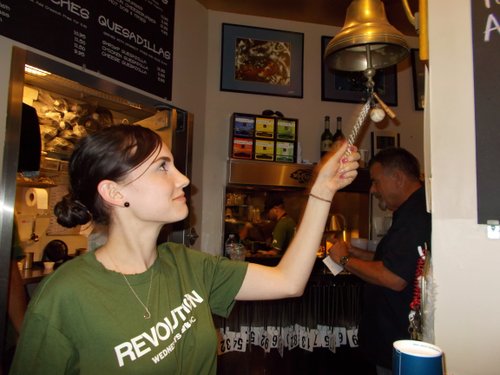 “That’s our tip bell,” she says. "We want everyone to know what kind of a guy you are.”

Wow. Amazing how good that makes you feel. Almost worth the whole night for that.

Rich turns up with my crab cakes... 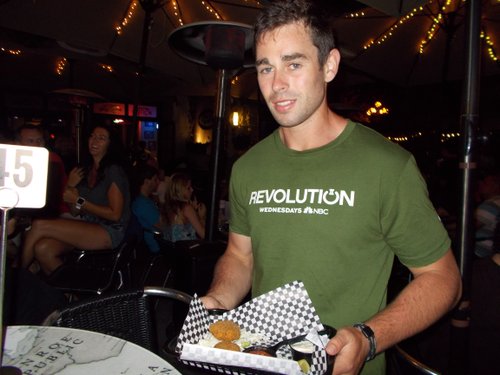 Rich with my crab cakes

And they're tasty, have real crab in them, I'm pretty sure, and are even quite filling. You get a lemon to squeeze and two good dips with them: tartar and the red seafood cocktail. Kinda ketchup plus spices. 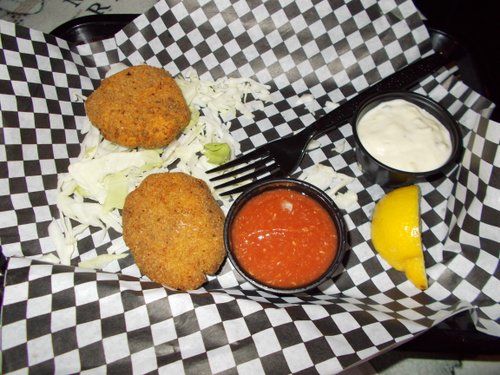 I'm coming back. Day to be down here? Saturday. Everybody's going to be dressed to the nines. And you can bet Crystal's going to be ringing that bell all day long. 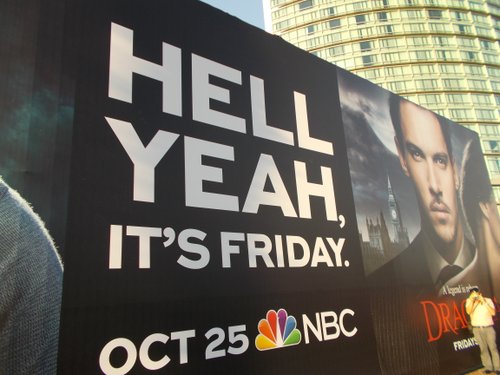