Oh man. What a night.

You had to be there.

And I mean outside Comic-Con, not inside.

This was around seven in the evening.

I get off the trolley at Gaslamp Quarter, and there, okay, for a start, crowds, of wizards, Vaders, drummers, 10-foot stilt dancers, a guy who’d do back flips for you for two bucks…

But the biggest surprise was Tin Fish, the reasonably-priced eatery right there in the plaza across from the Hard Rock Hotel (Tin Fish Gaslamp, 170 Sixth Avenue, by Gaslamp trolley stop, 619-238-8100) , where the makers of the TV series "Grimm" have decorated the whole patio like a forest, with lichen-moss umbrellas, a wrap of the Tin Fish building with photos of giant trees, and even a “get lost” path through a mini-forest of real trees.

And first nite anyway everybody, but everybody (okay didn’t see no movie stars) was there. 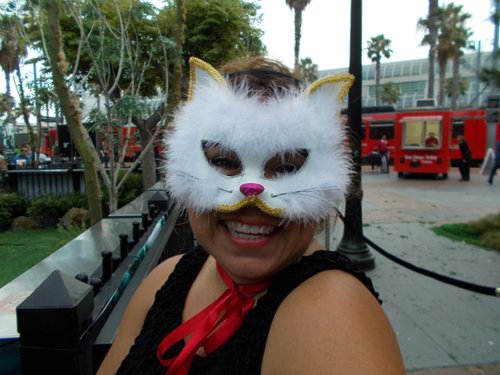 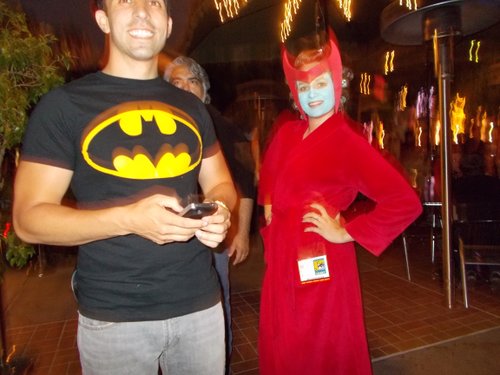 The good news? Tin Fish hasn’t upped its prices for the duration. I could’ve had a regular $4 cod fish taco. Instead I got me a $7.50 taco platter with the cod taco plus their dee-lish crosscut French fries and cole slaw. 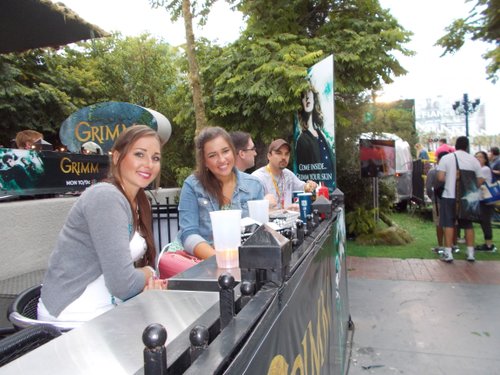 Sisters Carnela and Ronalda eat tacos near the Grimm Forest... 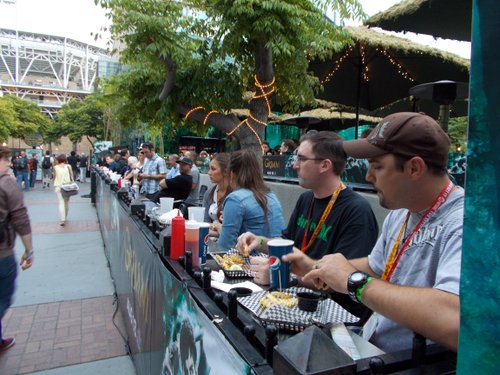 ...along with maybe 20 fellow fantasy feasters. 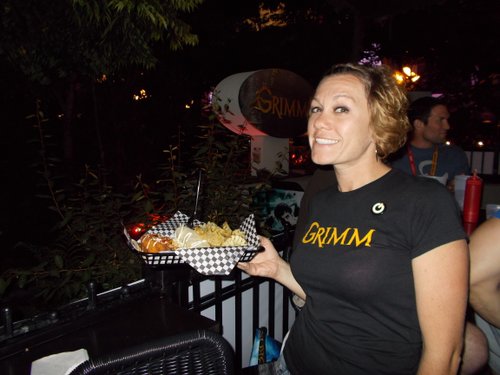 Jessica the waitress also brought out a bottle of hot sauce, but the white sauce-salsa-batter-fish combo was so tasty I didn’t use it. 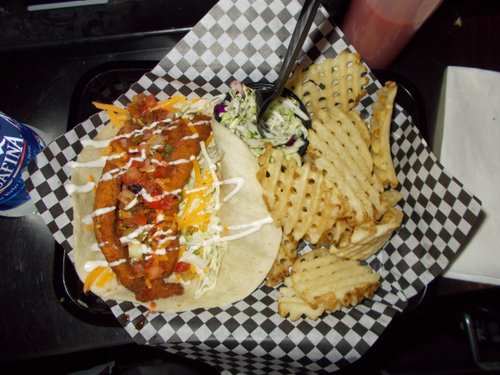 Rest of the night, living the fantasy everyone had created. 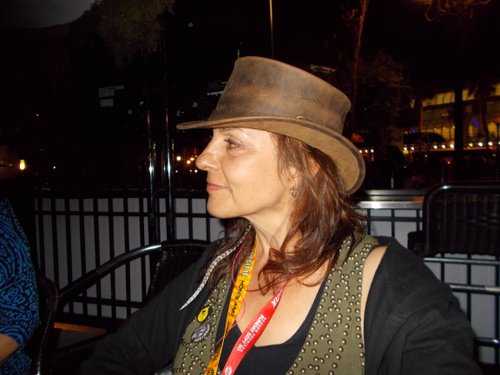 Lori, who's into vampires, won a ticket to Comic-Con in a radio contest. She has her own special dietary needs. They involve her friend Estelle... 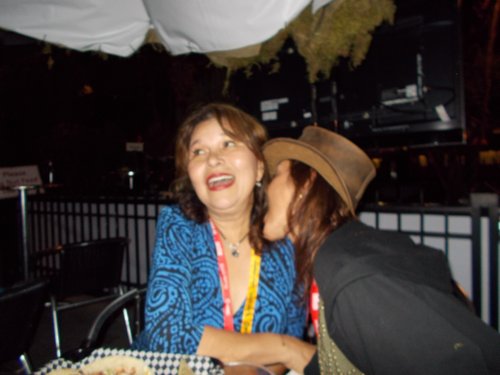