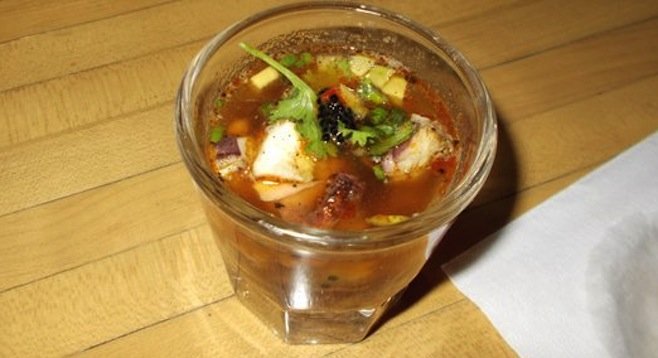 El Colegio is a class in Baja-Med cuisine

Up on Revolución, thinking about maybe Chiki Jai for a Spanish snack.

But at Fifth, kitty-corner from Caesar's, whoa, brand new eatery. 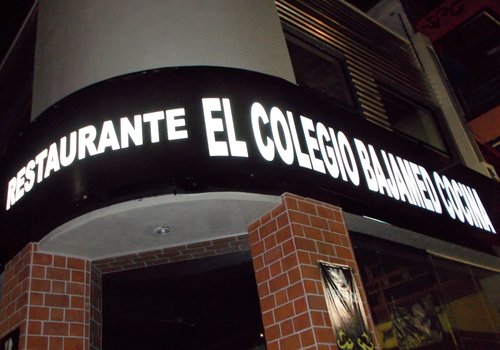 Has that semi industrial feel of places in Diego like Blind Lady. But all new, with things old too. Like a coat of arms, and the title “El Colegio.” 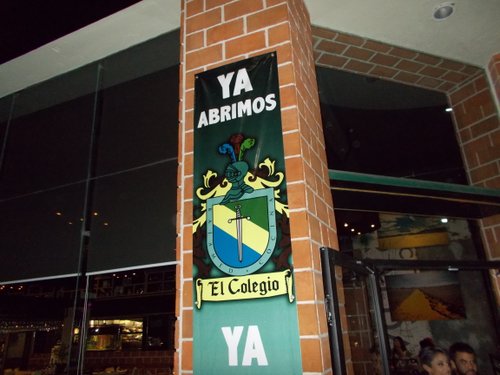 College? College of what?

THE Miguel-Angel Guerrero? Like, the most famous chef in Baja., maybe all of Mexico?

The same. I’d come in, sat up to the bar, and ordered what the server gal Erika had recommended. Shot Cabo. It's an entrada. “He is an outdoorsman,” she told me. He collects things, tries them together. This is one of his best combinations.”

So I’d grabbed a cerveza, Negra Modelo - $49. No panic. We’re talking pesos. Maybe $3.50. The shot’s $70. Say $4.50. And what it is is shrimp, octopus, vodka, salsa, sashimi, blond beer, cucumber, avocado, and wow: caviar. All in this whisky-size glass. Comes with baked bread slices and salsas 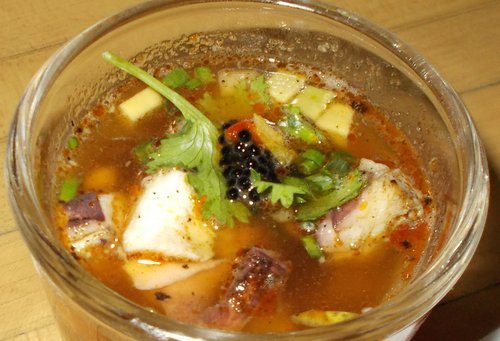 Two amazing things: how complex the whole taste is, how filling it is, and okay three things, how Guerrero, the most famous chef in Baja, just happens to be coming through the bar with his wife Judith. 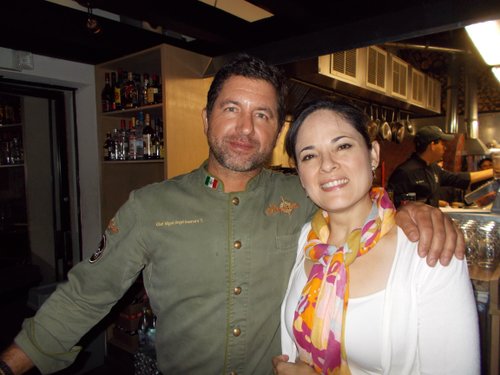 He says he's just back from three weeks’ backpacking, hunting, fishing throughout Baja.

“La Querencia, my first restaurant,” he says, “is me. I just cook what I want there. Here, it’s to educate people about Baja-Med. The whole locovore idea. The influence of local food from Baja's incredibly rich year-round sources; of oriental cuisine - the Chinese influence in Mexicali for example is really big; and of the Mediterranean inspiration. Olive oil. The Spanish heritage. We want to introduce this fusion to Mexicans as well as tourists. That’s why I do dishes here that lead you gently in." 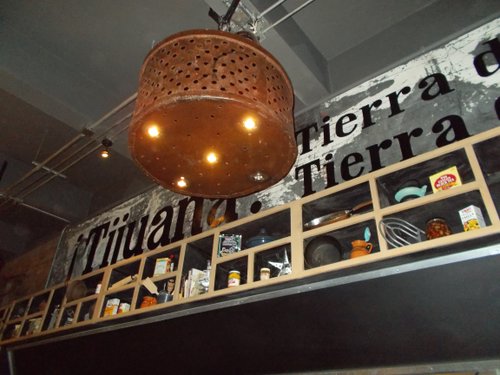 The cocktail's liquid, Miguel Angel says, is definitely oriental in flavor, with sesame, ginger and scallions.

One of the thrills of my “cocktail” is the three sauces that come with it. Left one's hot as Hades, second one’s red, uncooked mole. “Pure chile,” Miguel Angel says. And the third is a kind of spice-aluvias bean mix. Totally delish.

Man, I wish I’da known what I was coming to. Gotta go. But I’m definitely coming back. Carry on the conversation. Put it this way: I’m a willing pupil and this was my enrollment class. With the head teacher. 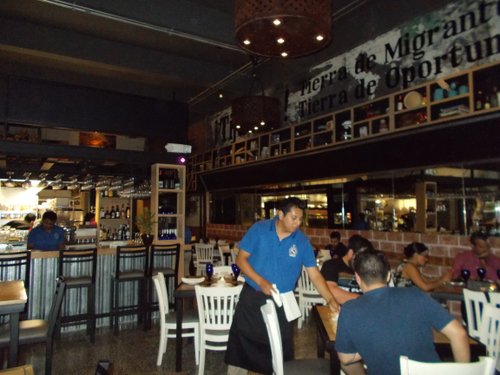