Sushi Deli 2 downtown: If you could bottle their secret…

Is it a rock star? Is it an iPad 5 launch? Is it their soy sauce?

This was the scene downtown at 3rd and Broadway, next to the Spreckels Theater. 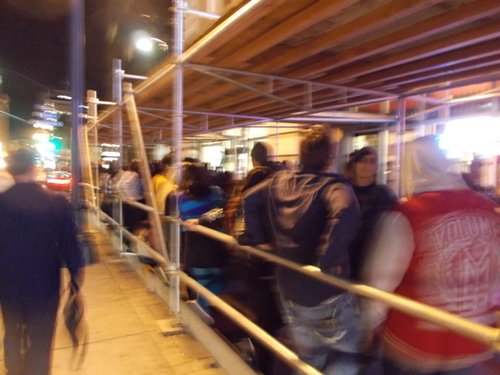 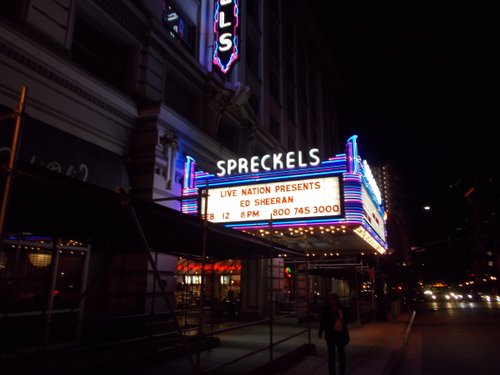 Except this crowd has nothing to do with rock stars or showbiz.

They’re lining up to get into Sushi Deli 2.

A rough sampling of the crowd.

Hayley: “It’s the prices, and the amount you get. It’s huge.”

Anna: “It’s the food and the atmosphere. Just look around you. Everybody’s always kind of excited. We know who we are.” 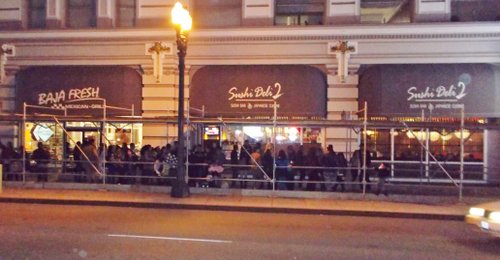 Spare a thought for poor Baja Fresh, next door.

All those people right outside the door, so near, but so far.

Hey, and let's not forget 99-cent Bud Lights. Wish I knew more about sushi so I could judge it properly. All I remember is those 4 great mussels with spicy mayo for $2.50 that I had back in May. Let's do a visit!

I do have a soft spot for Sushi Deli, 'tis true. Almost always get a $2.50 green mussel dynamite when I'm there. I actually think the sweet plum wine is the ultimate Sushi Deli drink, but the under-a-buck beers and sake are tough to beat too.