“Southern food” means a lot of different things to a lot of different people. At Proud Mary’s Southern Bar and Grill (inconveniently located at the Kearny Mesa Ramada), it means Louisiana cooking. Back when Proud Mary’s opened, Naomi Wise gave it an enthusiastic three stars. The restau has since undergone a menu change and, from what I can tell comparing my experience to Naomi’s, things are a little less extravagant, though perhaps more sassy in some ways. 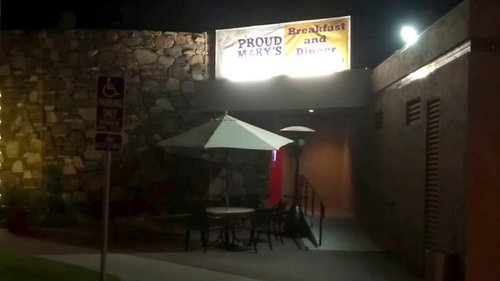 The “who’s your daddy?” gumbo ($11.99) hasn’t changed too much, though the rice is no longer served on the side. It was chestnut brown and very zesty, enough so that I (silently) applauded the kitchen for not mincing around and dialing it back for the weak-willed. Thyme, thyme, and more thyme dominated the dish, but the underlying deep and toasty flavors implied that somebody put the work in to cook the base long and low from the get-go. 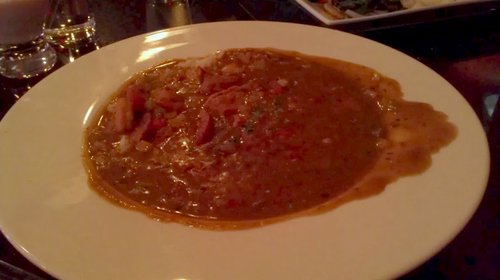 The fried chicken, listed as the house specialty at $16.99, could bury the stoutest appetite beneath a mountain of meat (half-a-bird’s worth), two biscuits, sauteed vegetables, mashed potatoes, and thick, white gravy. Easily two meals in one, the chicken sported a thick, zesty breading and a just-right amount of time in the fryer so that the meat didn’t get a chance to dessicate in the inhospitable world of 375-degree cooking oil. 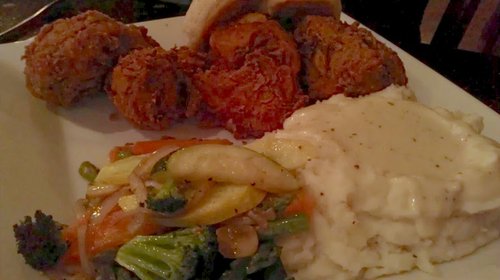 As was the case for Naomi three years ago, the appetizers were borderline entrees. The fried pickles ($5.99) could almost feed an entire person, if all he wanted to eat was pickles and chipotle ranch, which does not make much of a meal. Fried alligator called out to me, but at $10.99 for an appetizer and nearly twice the price of the gumbo as an entree, it wasn’t worth making my entire meal a fried food affair. 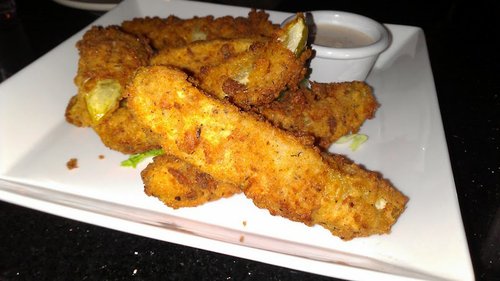 While the food was good enough, Mary’s did lack a sense of zest and lustre, as though it’s settled into being a hotel restaurant and lost some of the ambition that Naomi detected early on. A malaise hung over the dining room, as though the staff were tired of slinging gumbo, and that’s a pity. Considering the niche quality of southern eats, Proud Mary’s could be a destination. It’s still worth visiting for anyone who’s into gumbo and jambalaya, but without some zeal to back up the zestiness of the cuisine, it’ll be hard to win converts and build regulars.