I watched Dan Diego’s get built along Morena Boulevard as I passed by it a couple of times every week. The “coming soon” sign tantalized me, dangling a new restaurant out there. The only thing was that it looked a little silly, like a confused faux-Irish sports bar calling itself a “Euro cafe.” What is that, exactly? 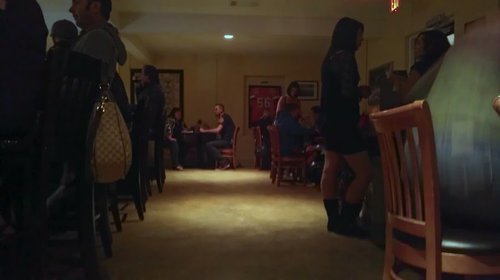 Well, for starters, it’s a family affair. Ryan, the chef/owner, named the place after his late brother Dan. I got the whole story from the genial pater familias, who cruised around the dining room, making guests feel welcome. I liked this. It felt genuine. What can I say, I’m a sucker for a good narrative!

And the food was good, better than “not bad,” even. The menu is a little wacky, with all the entrees priced at $10, no matter what they are, and a handful of appetizers to go along with. Fish n’ chips was cod in a crispy beer batter with fat, salty steak fries on the side. Covered in malt vinegar and the horseradish-hot tartar sauce, it was a good little fish fry.

The $10 pricing strategy falters a little when the item in question is a grilled cheese sandwich, even if it does have some tasty beer-soaked mushrooms inside and a choice of cheese from a list that includes whiskey cheddar, apricot stilton, smoky blue cheese, and house made mozzarella. At least it was, as my friend said, “F#$%ing good.” 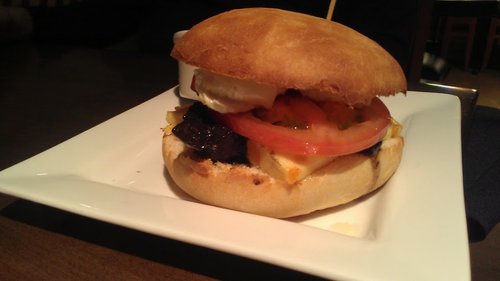 In addition to the good food, there were a couple hundred beers, wines, and sodas to drink. Lots of good stuff in bottles, too. A wine-sized bottle of Corsendonk dubbel? Heck yes! Dan Diego’s impressed me, outdoing my expectations. Everybody there was friendly and competent, which is a rare and appreciable thing. The vibe was way more chill than I would have expected and it had just the right amount of classiness to temper the pub aesthetic. Really, they hit all the right notes for a solid beer and grindage spot. 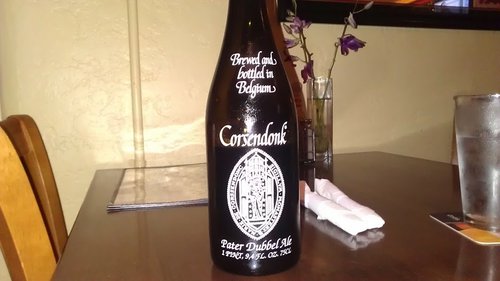 Well put, Ian Pike! Somehow I missed your review and just now found this wonderful neighborhood restaurant three weeks ago. I will start following you closely and look at the archives!
Dan Diegos It is a work in progress with Chef Ryan constantly trying new things that aren't on the regular menu. Today is a Fourth of July special marinated, smoked and BBQ'd Tri Tip I'll enjoy. I've also enjoyed Double Pork stew, the best ever Irish Soda Bread, the best ever Bread Pudding, a Corned Pork patty sandwich, Pepper sausage gravy on on steak fries, lamb pastrami, etc. Others have raved to me about the meatloaf, sheperd's pie and chicken alfredo pasta.
May I suggest a return visit!