Someone described Lee’s Garden (4055 54th Street, Rolando, 619-583-8208) as an Asian wedding destination. I even wrote that down in my notes, “Asian wedding destination,” wondering exactly what that would mean for me as a non-Asian person not shopping for a wedding destination. When I finally got to check out Lee’s, I ended up sharing the dining room with a full-scale wedding party--cake, tuxedos, piped-in quasi-Chinese muzak and all. Nobody seemed to care, and I gather that this kind of thing happens all the time.

Ordering seemed difficult at first, but the seemingly endless menu broke down into variations on a theme and not every dish was a unique preparation. One could choose between salted shrimps, salted squid, salted lobster, spicy shrimp, spicy squid, spicy lobster, etc. I tried to go for a whole, steamed fish, but alas, they were sold out.

Instead, a starter plate of fried shrimp was more “fried” than “shrimp,” and otherwise unremarkable.

Salted squid was a big improvement, with the calamari chopped into manageable pieces and fried in a light, crispy batter. Calling it “salted” is not a joke. The dish had about a year’s supply of sodium chloride sprinkled on it. Anyone who likes extra-salty meals every now and again will be delighted by Lee’s salted fish options. 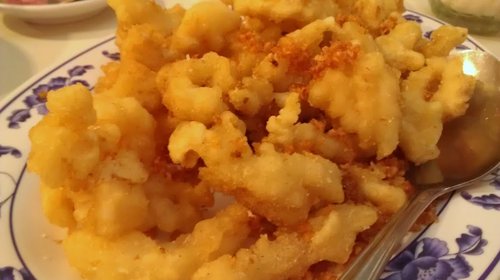 An order of fried beef ribs reined in the saltiness, although only partially. Not an elegant dish by any means, the ribs were chewy and fun to gnaw. The best part was the pickled cabbage and carrots that came on the side. They were sharply tangy and spicy in all the right ways. 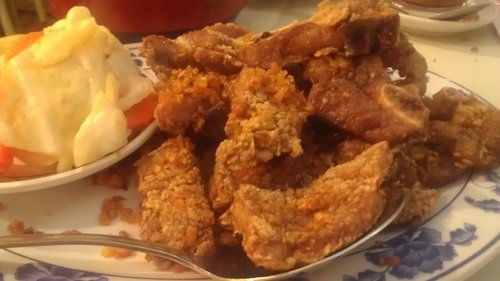 I also managed to score a crazy--but tasty--beverage. It was a mixture of condensed milk, soda water, and egg; basically a sweet version of the Rocky Balboa breakfast. 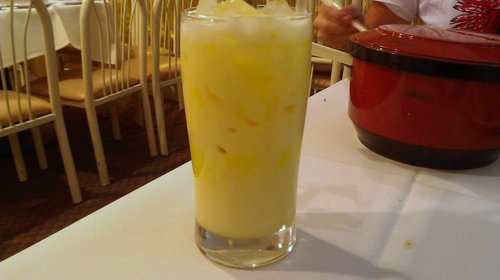 Everything was served with plenty of good, white rice and that’s about it. I wouldn’t call Lee’s Garden exceptional, but I would call it fun and inexpensive. Almost nothing on the menu was more than $10 and three people ate heartily for under $40 because the entree portions were shareable.