I was down at Café Moto buying coffee beans, and on a tight time schedule. Where’s a good place to grab a quick lunch?, I asked the ever-helpful Moto staff. They pointed me towards Rolando’s Taco Shop, just a half block down National Avenue.

The dining area is a lot bigger than most taco joints, there’s an oldies jukebox that plays vinyl competing with the television tuned to soap operas. I tried to ignore the fierce looking roosters having a face off on the wall. 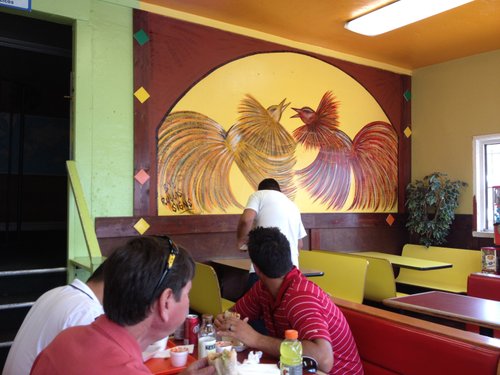 I ordered a fish taco plate ($6) and John got one with a cheese enchilada and a bean tostada ($6). We filled up little plastic cups of red and green sauce, hot carrots, jalapenos and onions, during the short wait for our food. 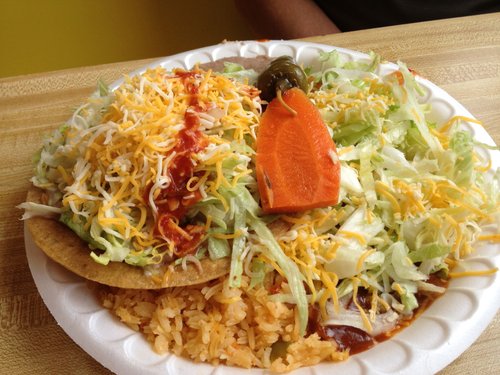 John’s tostada had a super crisp, brown tortilla that didn’t get soggy under its pile of beans and garnishes. The enchilada swam in a little pool of red chile sauce, covered with more lettuce and cheese. I didn’t taste them, but they disappeared pretty fast, so I’d say they were tasty enough. 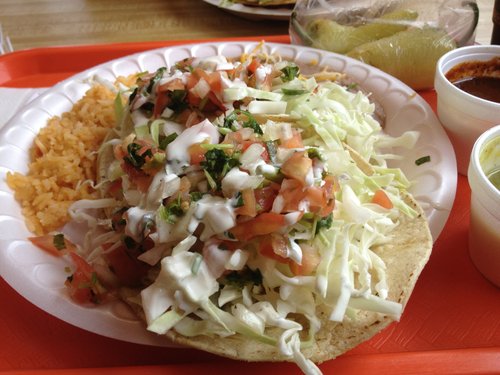 My fish tacos came double wrapped in tortillas, fat pieces of mild, flaky, battered white fish and an entire salad’s worth of cabbage, tomatoes, chopped parsley drizzled with tangy crema. The batter on the fish was a little thick, but I like it that way, it was really crunchy and golden brown. The rice and refried beans were okay, decent but nothing special. 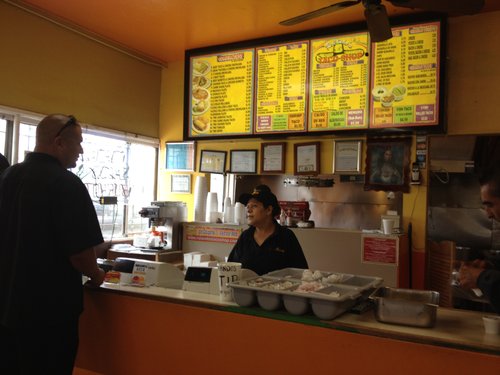 Need to know: Plastic is accepted, but there is a $.50 charge for debit and credit cards.