In the real world, fuggedaboutit. But we’re here in IB, where anything is possible.

So Joe the owner is standing behind the blue bar counter, and Pia the waitress is leaning on the stool beside me, waiting for me to decide. 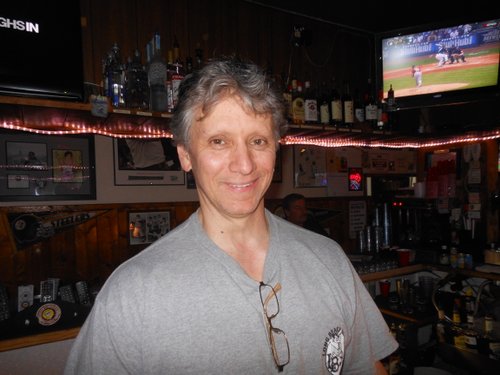 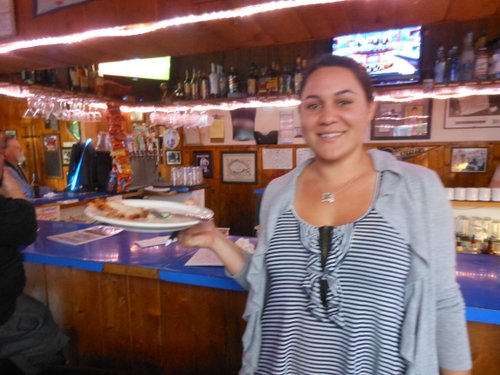 Pig’s wings or not?

They both nod, confidently.

“We catch them in their nests, high in the conifers, just east of Jamul,” says Pia. “Above where land-based pigs can climb.”

Actually, she doesn’t say that, but her expression does. 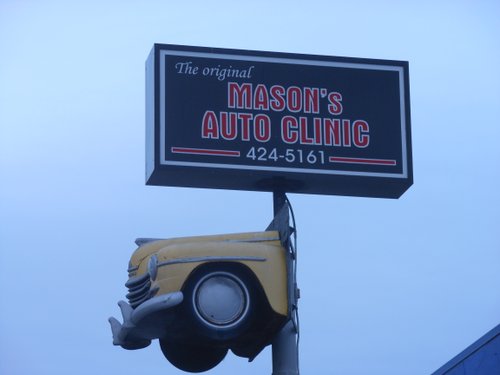 Right next to Mason's Auto Clinic... 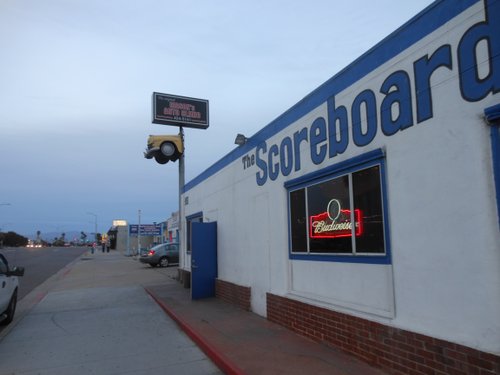 ...sits The Scoreboard, 24 years in this location

They mean it about the “sports” part. 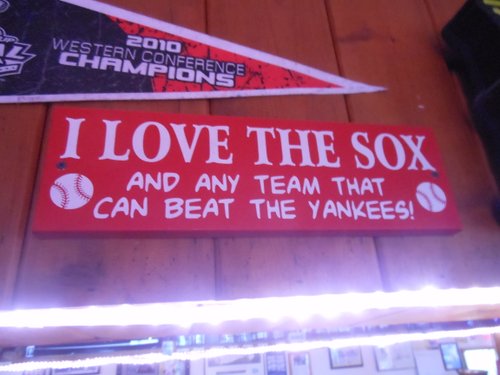 TVs above the well of the bar ricochet off each other. A huge screen rules over the part with tables and chairs. 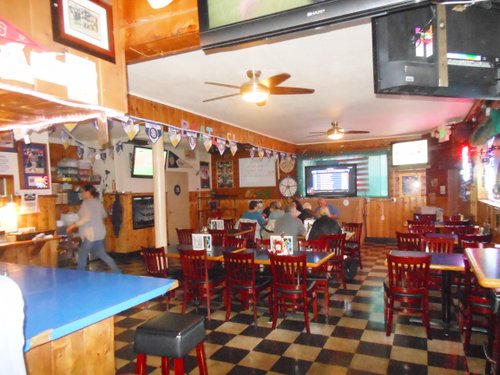 And they mean the “grill” part too: they have a fresh sheet of offerings each day. Tonight that includes a grilled meatloaf sandwich for $6.99 I’d go for in a flash, except they’re out. And other deals: their basic “Original Scoreburger” is only $2.99, their biscuits and gravy’s only $1.99 (but that’s weekends only), and “TJ” tacos are $1.25.

While I’m waiting, get talking with the couple next to me, Cheryl and Doug. They’re lifetime I-Bethans. “But this is the first time we’ve eaten here,” says Cheryl. “We came in for the 99-cent tacos.” 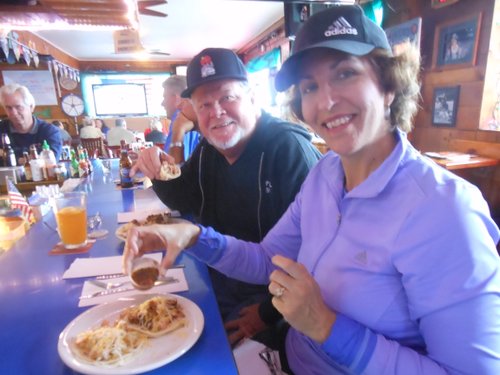 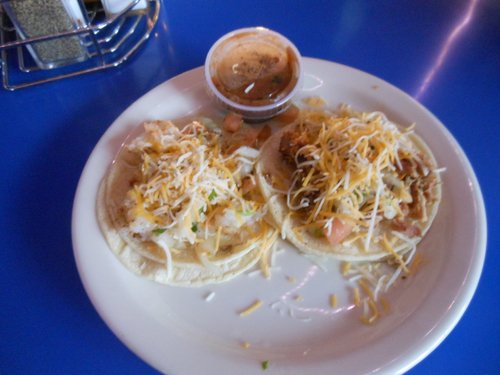 But then Joe brings my, uh, wings. Three of them. Big. With a sweet, dark glaze. And they come with this pile of big, home-fried chips. 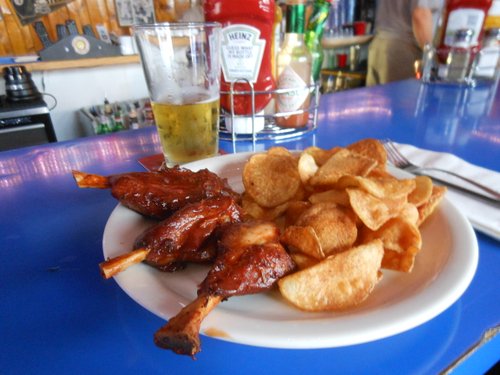 “Actually, the wings are really bone-in pork shanks. Lower back leg. The meat around the fibula,” says Joe.

“Maybe I could go with you to Jamul, see these pigs in their natural environment?” I say to Joe.

He looks at me.

More in a Tin Fork, soon.