“My dear chap, this must be the cleanest city in the world.”

These words from my English buddy Robin who came out from London to visit us colonials a couple of years ago.

Yes, he’d seen “Top Gun,” he’d watched Tom Cruise yukking it up with Kelly McGillis in there, yelling with Goose on that honky-tonk piano, “Great Balls of Fire!” 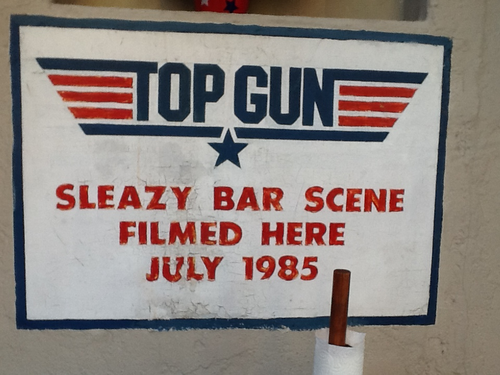 He had to come.

‘Course they’d had a fire in there since the movie. In ’08. And okay, the jukebox melted, but unbelievably, the piano survived. Sounds just as honky and tonky as in the movie.

It was this time of day – sunset – that we came. Had us some fun that night. And what I learned since is if you just sidle up to the bar and squeeze in, you’re surrounded by jovial guys and gals pretty-much anytime. 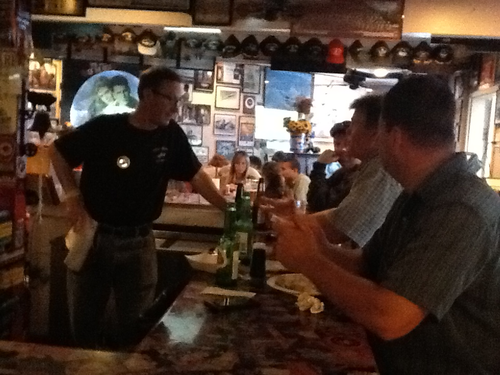 So I almost go for that when Mike the barkeep... 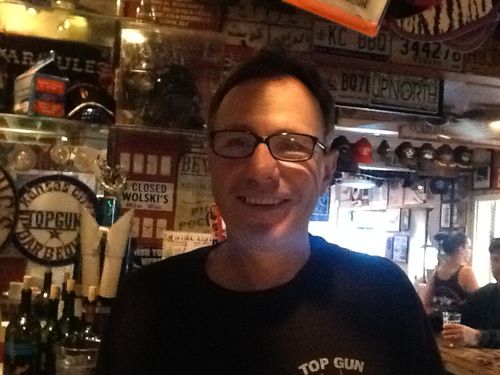 ...convinces me I’ll get a way bigger bang for my buck if I go for the open-face pork rib plate, which comes with ribs on bread, and two corn cobs, and lotsa BBQ sauce, for, ulp, $9.75. 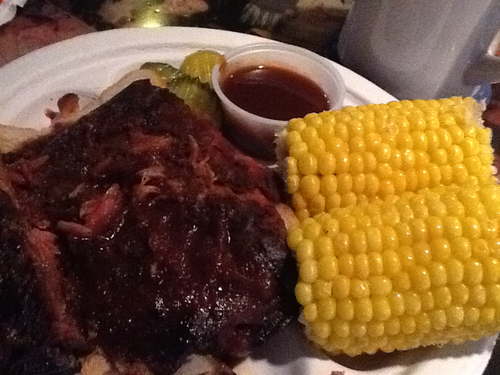 But it is a deal – maybe five ribs in there, and corn’s good. And so’s the conversation. Mike shows me photos of The Fire that just about destroyed the place in 08. 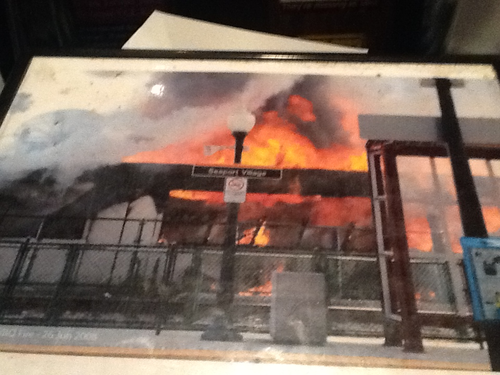 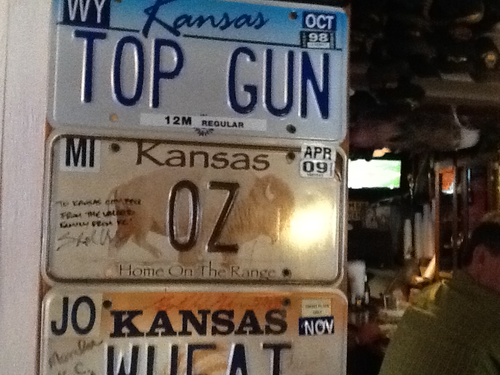 ...and the Navy donated caps of all the ships we’d had. It was incredible,” he says. “And we’ve definitely improved on that old brick BBQ.”

Then he’s off to take the picture of a couple of customers. Except, from the bar they’re backlit silhouettes. “OK, you come here,” he says, “and I’ll go there.”

The two girls come behind the bar and pretend to pull a pint.

I also take a pic. I’ll email it to my buddy in the UK, show him his ultimate bar’s still alive and kicking.

And I’ll be back – but 45 minutes earlier next time.