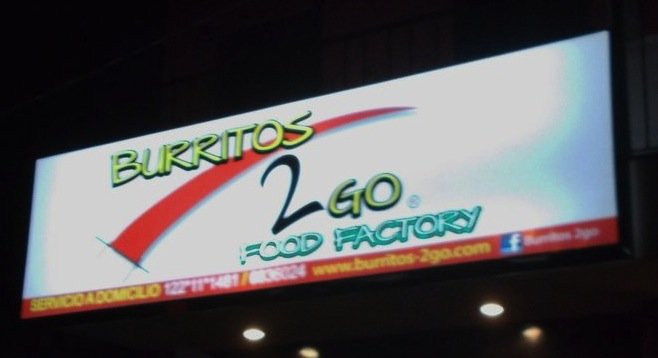 TJ: Now THIS is a burrito

“This is the true burrito,” says Yanko Quezada. “Not those big fat things you have in San Diego.”

It’s nine at night. I’ve just paid Cathy $1 for one of his desebrada burritos... 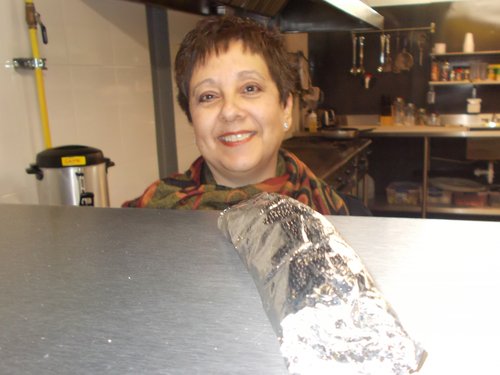 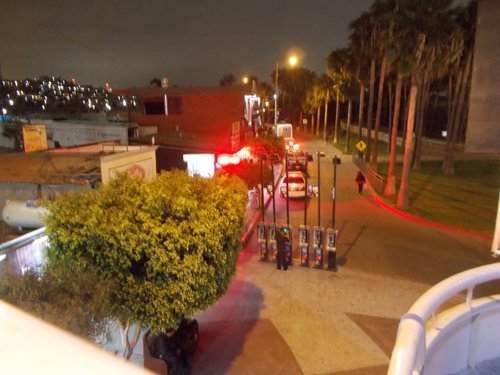 It's not far from the crazy traffic line at the border. 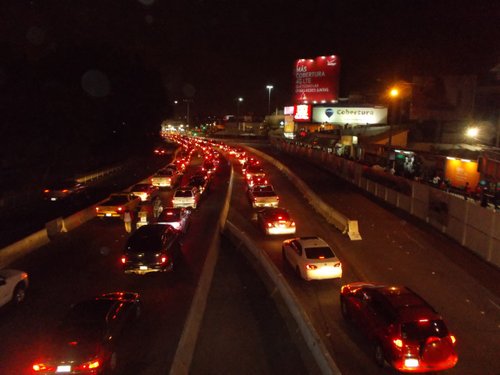 The burrito’s five inches long, and an inch round. That’s all. Has shredded beef inside, and pretty nice and juicy it is too.

I never knew there was such a thing as a “real” burrito, like one this size. This place, Burritos2Go (Rampa Xicotencatl, Leyva Aleman #229, Colonia Cuautémoc, Tijuana), is Yanko and his wife’s brand new idea: create good burritos for people waiting in the line to go north in the mornings, mainly Tijuana people working in San Diego industries like NASSCO, and coming back after work in the evening. At least 20,000 do this every work day, he reckons.

The thing is, his new store sits right on the sidewalk where people are shuffling slowly past, when the line is long enough. Which is twice a day. 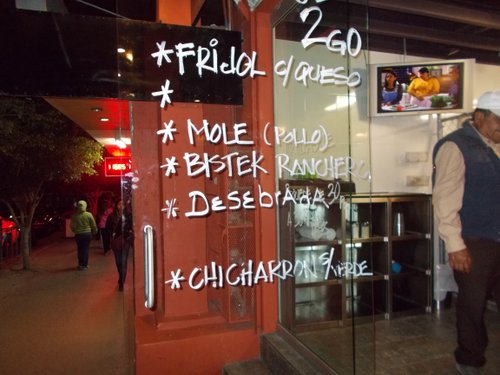 “We’re lucky. We get two busy periods,” he says. “The people coming back used to enter Mexico on the other side of the inspection lanes. Now they have to come right back here on this side. It’s great for our business.”

At the moment they’re just selling four kinds of $1 burritos. Beans – the most popular – beefsteak, chicken and desebrada.

“But soon we’ll be making salads and other dishes.”

He says some guys in the morning line buy a couple of dozen to take with them to San Diego – to sell for $2 apiece where they work.

Better start eating because Yanko and Christina,Blanca and Cathy, his lady workers, are packing the place up. 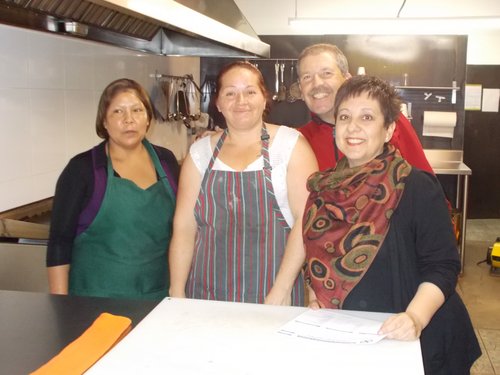 It’s been a long day. “We open at five every morning,” says Yanko. “That’s when the line is longest.”

The desebrada is, well, a lot smaller than I'm used to... 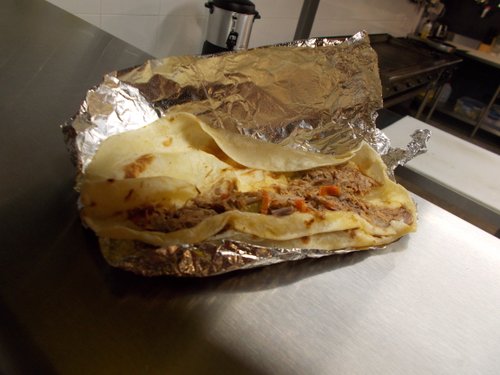 ...but nice and squelchy, and has a peppery afterkick that makes it interesting.

Then I spot a jar of cookies – galletas de canela - 25 cents each. Ooh, crumbly, cinnamon.

Then, oh man, Jesús González comes by with a bag of churros he makes at his little stand on wheels out on the sidewalk. 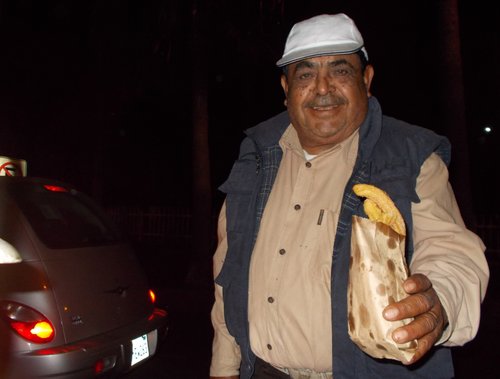 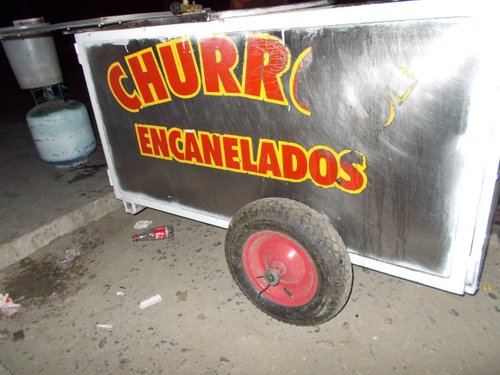 Can’t resist. About 15 cents each. These are also encanelados - with cinnamon.

I finish up. And not bloated like after your usual big fat wrap.