Snooze you can use: Ping Pong tonight at Snooze, Hillcrest!

The breakfast eatery is staging its 2nd annual ping pong face-off. No food, plenty of booze 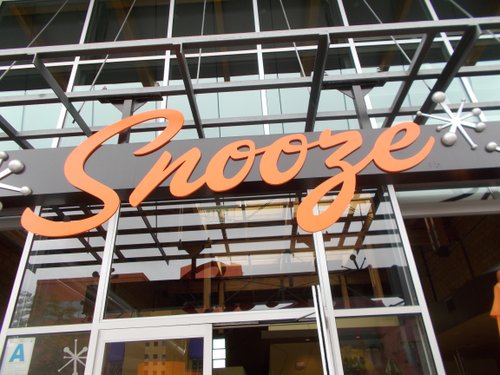 ...they’re holding their Second Annual Ping Pong contest, with a three-foot-tall trophy topped by a table-tennis bat for the winner and a 6-inch tall mini-cup for the runner-up. 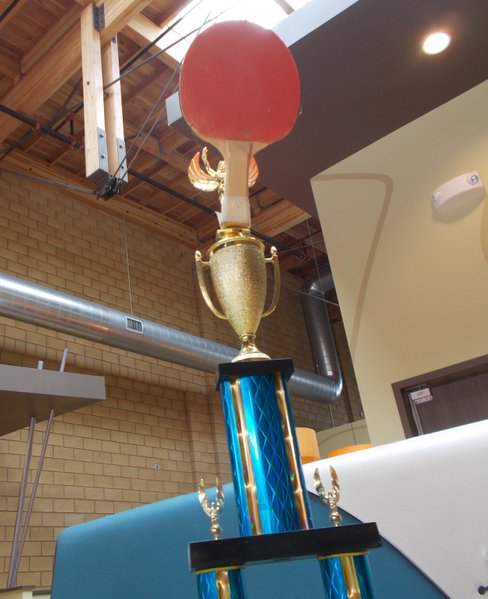 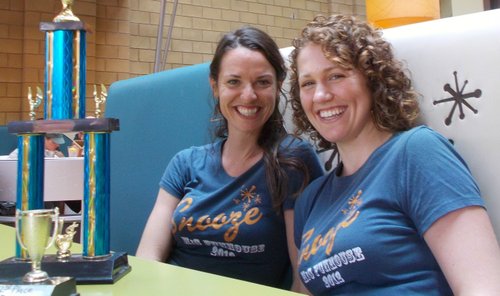 Rachel and Carly, two of the Snooze servers, will be playing in the Ping Pong tournament

“All the staff will be competing, but the doors will be open and any member of the public can take part,” says Justin, who’s running the bar right now (about 1pm). 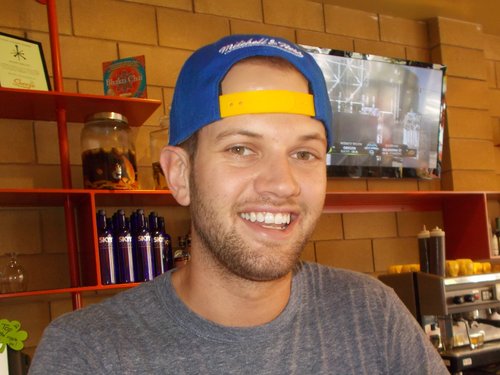 “Last year’s winner was Matt Meyer. He worked here. But he’s gone back to Colorado, so it’s wide open.”

There’s plenty of room. This way-big space is actually new but feels like an old hangar. There’s lots of space between tables... 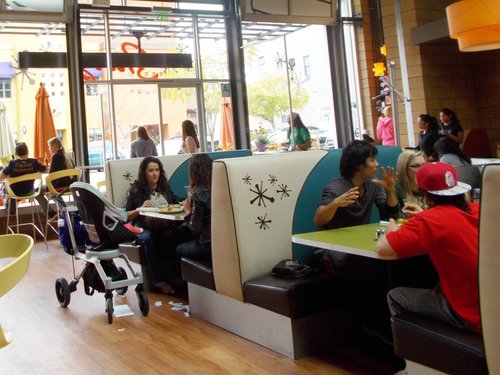 ...And it definitely has a hip feel about it. I was attracted to here just because even though everything else on this side of Fifth was empty, this was a-buzz with people. Kinda like Sushi Deli-2 always is downtown. Crowded. Fifteen-minute wait. People having breakfast at midday. 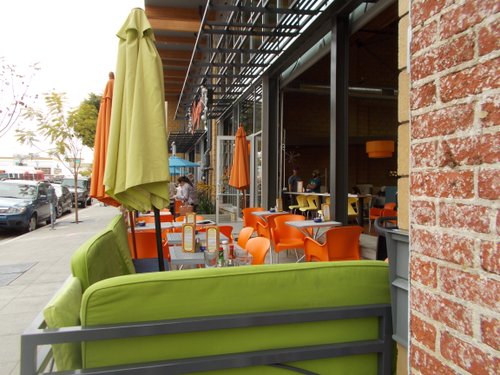 My kind of place! It’s been going a year and from what I've heard, clicked from the start.

I’m here for a late breakfast. Don’t know why I haven’t been before. I ordered a breakfast pot pie ($9), and it’s the lightest, airiest, smoothest, flakiest thing I ever did eat. Natasha brings it... 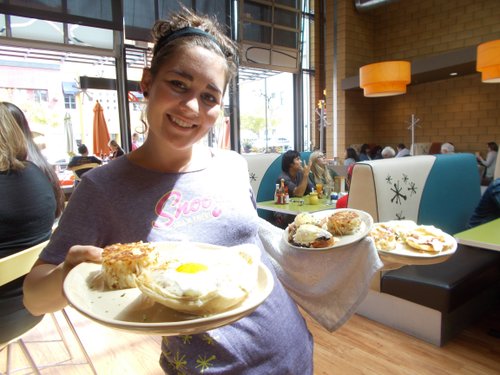 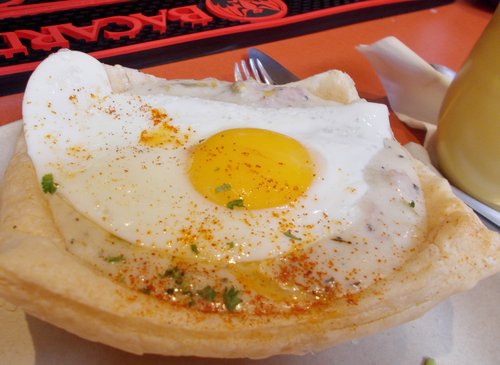 ...It’s got a, like, filo pastry boat under a gravy scattered with house sausage, rosemary, carrots, celery, parmesan cheese and I don’t know all else.

A leaning tower of hashbrowns sits beside it on the plate. 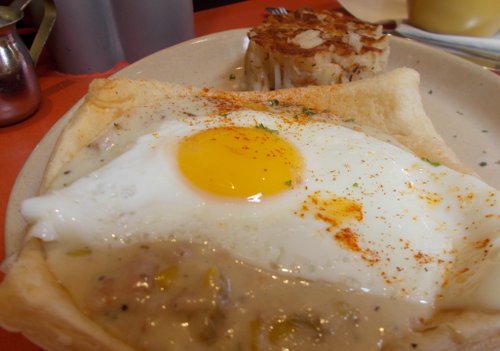 Natasha also brought me a coffee ($2.50, with endless refills).

The place serves alcohol at the bar from 6:30 in the morning when they open. Lots of night shift hospital crew from nearby Sharps Mercy come in for a Bloody Mary, says Justin, to help them get to sleep. 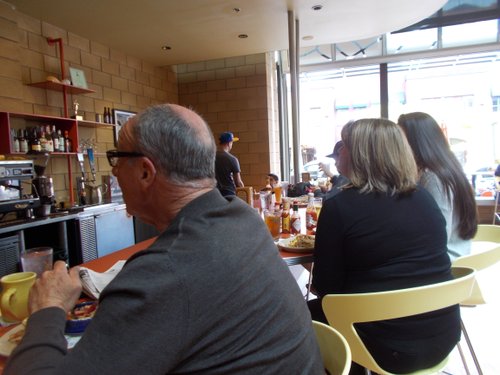 And has a great orange and lime-green padded-seat patio out on the street... 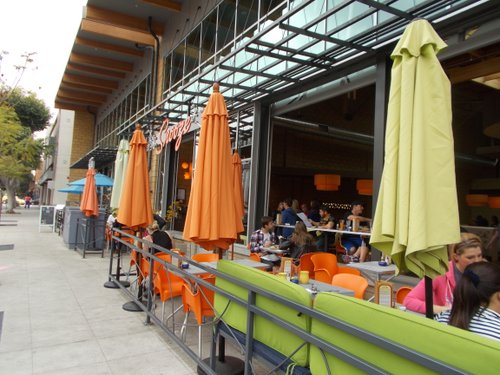 ...Design-wise, you’d say Lindbergh Terminal meets Petco Park bleachers, but I like it. It’s full of color, it brightens up the sidewalk, and you can bet it's sunny in the morning.

So how come a wakey-wakey morning place is called “Snooze”?

“It was the owner’s idea,” says Justin. “He ran a nightclub, his girlfriend was a teacher. He’d come in just as her alarm was going off to start her school day. So he’d sometimes hit her clock’s snooze button just so he could have a moment with her. That’s where the idea came from. That snoozing moment before you have to go off and do your thing.”

So the ping pong contest: The restaurant usually closes at 2:30 p.m.. Will they have food?”