No such thing as too late for breakfast here

I’ve been wandering in downtown La Mesa looking for lunch in all the wrong places, heh heh.

Actually, it’s eight at night and I'm looking for dinner, and truth is this place is pretty alive in its quiet La Mesa way, with bars, eateries, a wine bar or two all open.

But I never expected this. 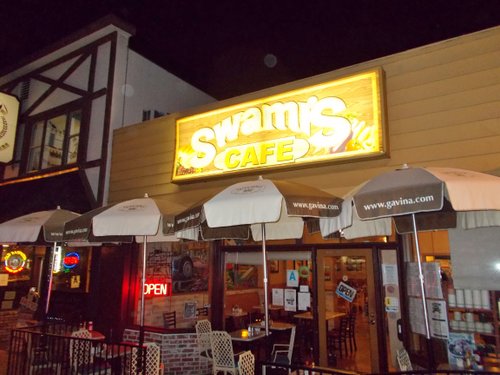 But at the top of its board of specials, nothing so healthy: chorizo hash breakfast, with pork chorizo and two eggs, $8.95.

Hey, a place that serves breakfast at night?

I'm in like Flynn, asking for exactly that. Before they change their mind. Nothing more pleasurable than late late late brekky.

Takes a while to come because they have to heat up water for my poached eggs. But that’s good too, ’cause while I’m waiting, I get to scan the murals on both walls. One side’s a lo-ong wave... 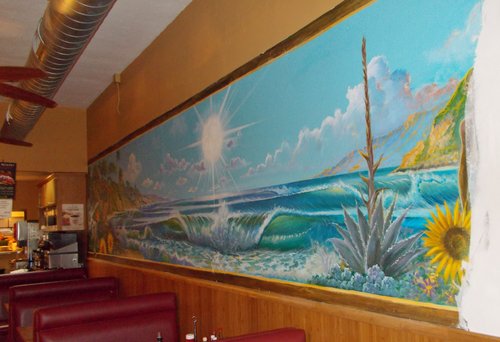 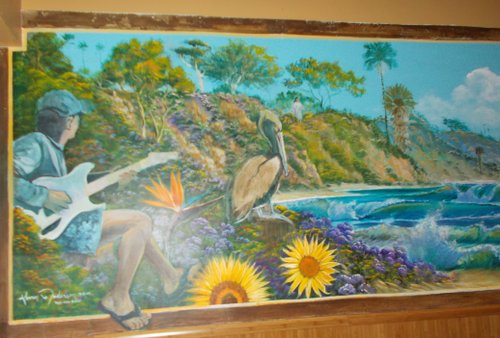 ...The other side shows La Mesa and its steam loco, and Mount Helix behind. 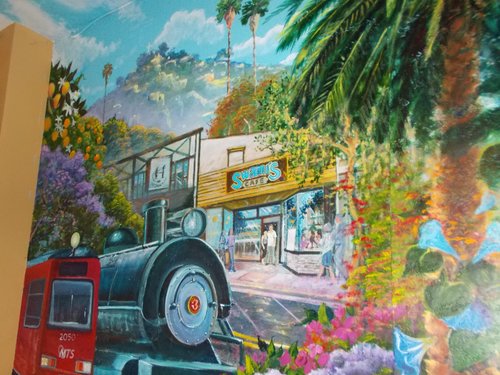 Long story short, murals are totally beautiful, chorizo hash is totally delicious. And funny thing: When Jennifer brings it over it just looks like a little Mount Helix, a big white deep-bowl plate loaded with a mountain of sautéed potatoes, green peppers, tomatoes, jalapeños, all covering a glowering magma of greasy pork chorizo. Greasy's just the way chorizo should be, so sabroso, with the kicker of a tangy splattering of white feta cheese. Oh, and two perfectly poached eggs sit like snowcaps on top. They don't last long. Soon they're soaking golden into the whole mess. 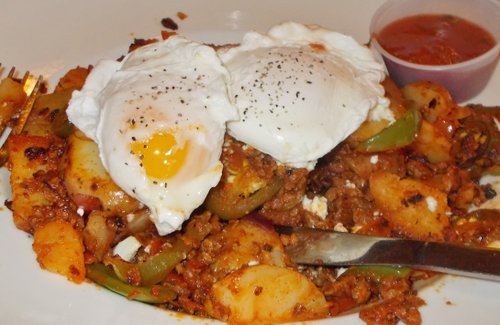 And a pot of red salsa. That's soon gone too. 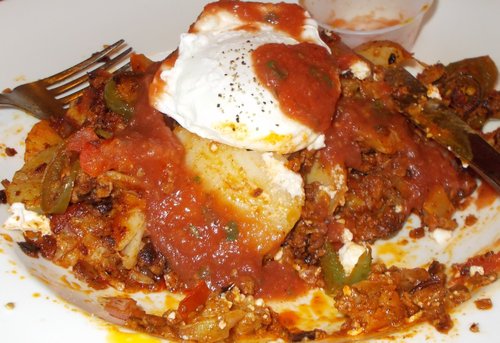 And the breakfast hours? 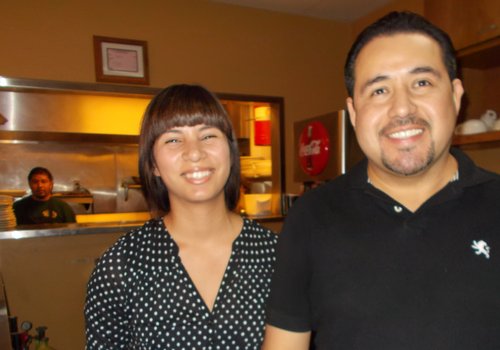 He says just about everything here has its soy version too, from chorizo to chicken, to turkey and bacon.

It takes me till closing time, nine, to get through the li’l mountain. Arnoldo the manager says don't worry. This is the easy shift, compared to the mornings.

"Then it can be packed," he says. "Specially on weekend mornings. We get lines outside."

So hey, when it comes to eating brekky, the night time could just be the right time.