After spending the past half-decade in North Park, Eclipse Chocolat is moving to South Park. In doing so, owner Will Gustwiller will be taking over a 4,000 square foot space that is a whopping four times larger than Eclipse 1.0. That’s certainly cause for celebration. At least Gustwiller thinks so. 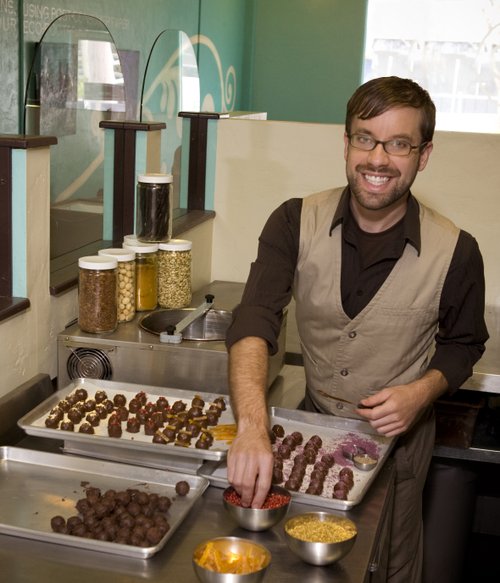 This Saturday, February 2 from 11 a.m. to 6 p.m. visitors to the new Eclipse Chocolate Bar & Bistro (2145 Fern Street, South Park) can simultaneously check out the new place and participate in activities including a build-a-bar workshop, and a Charlie and the Chocolate Factory costume contest. They can also watch as eight platinum ticket holders (ala Wonka, the tickets were hidden in limited edition Eclipse chocolate bars) vie for $25,000 in prizes. 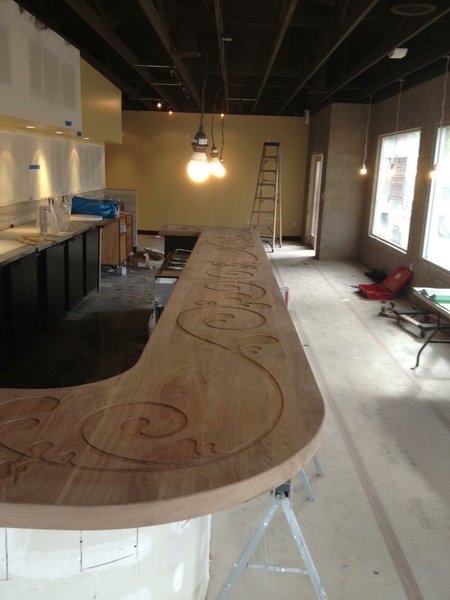 The work-in-progress bar should be polished off and spiffed up by this weekend's grand opening.

Now, I’m all about the food and think highly of Eclipse’s sweets (if I didn’t, I wouldn’t bother writing about the company’s move or its grand opening), but when I see five figures’ worth of possible winnings I feel compelled to include a few sentences about said prizes. Especially considering one prize is a lifetime supply of chocolate. Holders of platinum tickets will compete in chocolate-themed competitions for the chance to secure a 20-year “chocolate allowance” that translates to an ounce a day over that span. 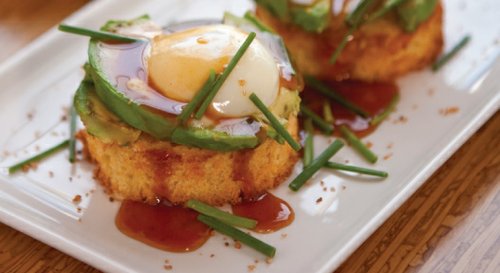 Beyond the grand opening, Eclipse Chocolate Bar & Bistro will feature an expanded menu including vegan and gluten-free options and a seasonal sweet-and-savory brunch served from 9 a.m. to 2 p.m. on weekends. The latter will become a daily offering beginning in March. What will be available from the get-go are local craft beer and West Coast wines. Chocolate meets chocolate stout. Wonka would approve. And even if he wouldn’t, thankfully Gustwiller does.