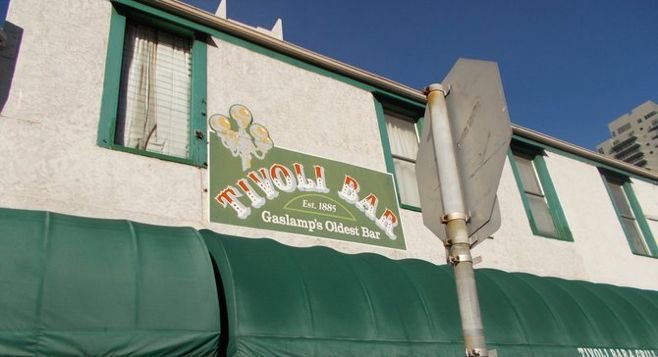 Oh man. I never do this.

Have beer for breakfast.

But here I am, sitting in the Tivoli, jes' 'cause of the sandwich board outside 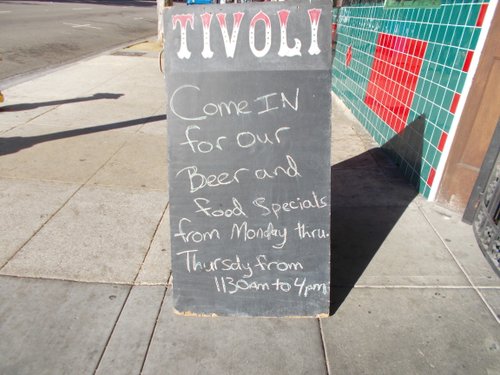 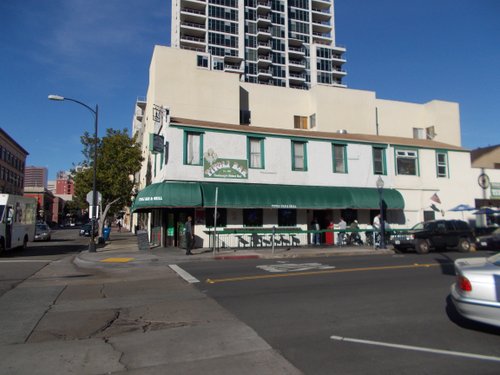 Came in, looking for the Canadian guys, actually. They used to run the grill in here. Always had poutine on. That's the Quebec dish of fries topped with gravy and curd cheese. Healthy? No. Scrumptious? You betcha. 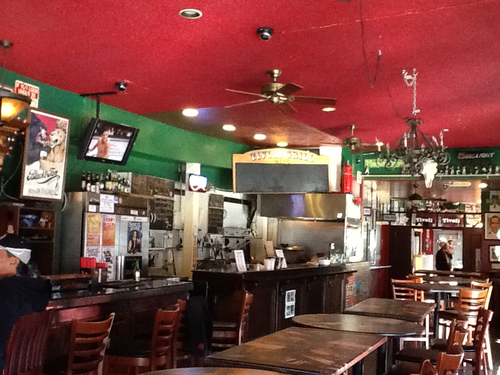 ...but none of the Canuck regalia no mo'.

Instead there's Russ, big red-haired guy who could be a Canuck hockey player himself. "They've been gone two years now," he says. "But we have deals. Cheese steak, sliders, or you should try Bill the Butcher if you're hungry."

Except for the sandwich board deal. Domestic beer plus a hot dog for $5.

That's what I go for. Sit up to the old bar with Wyatt Earp... 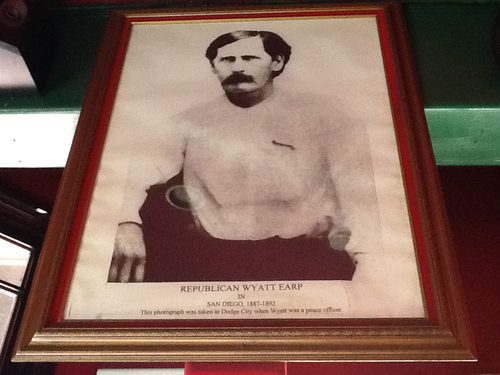 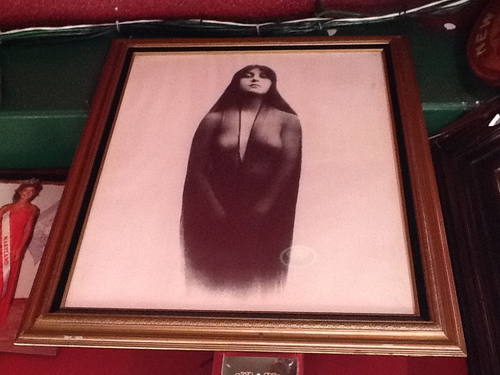 ...looking down from their portraits beside the curved glass corner doors. (I know. It's probably not the actual Josie, but a naughty Victorian substitute model.)

Whatever, I let out a big sigh. Relaxation.

"Their cheese steak's beyond good," says this guy next to me. Billy. Been all over the world. Tried to swim to Egypt from Aqaba once. Aqaba's where Lawrence of Arabia had his first great victory in the movie. 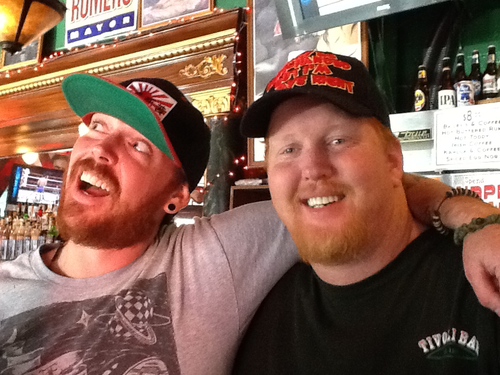 But it's too late for cheese steak. Nathalie, the barkeep... 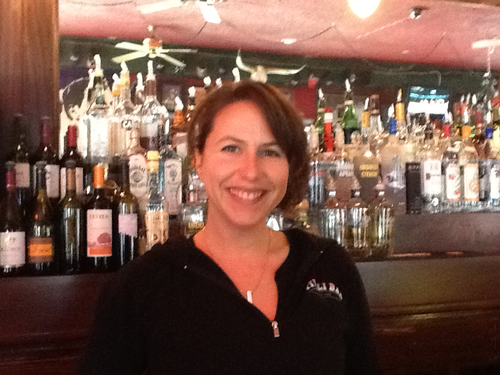 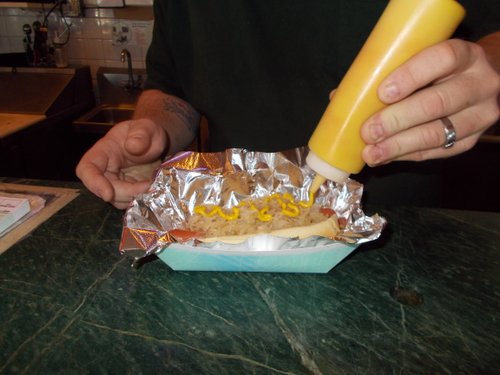 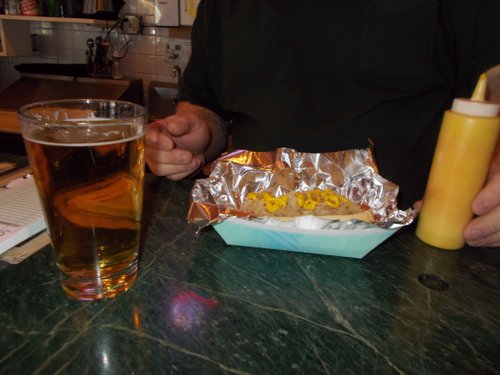 But the great thing is the bar itself. Unchanged I swear, since Wyatt's time. You just feel comfortable. Talk to the guy next to you. Soon Billy and I are yakking about Peru (his ma came from there), Germany (his pa came from there), and the Maldives (that's where he'd go back to at the drop of a hat).

Then Russ comes by to show off his hat... 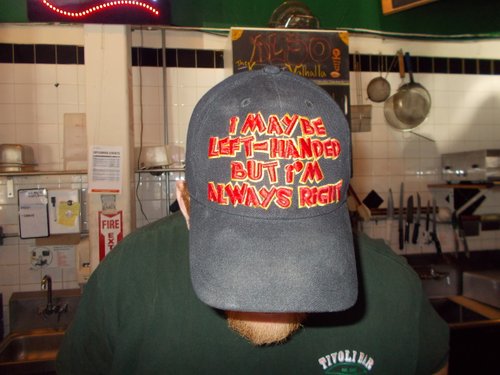 Sigh. Time's flying. And to think I only stopped here because it had a sunny sidewalk patio. Who knew I'd get sucked inside to a life of sin and likker?

Well hey, it is the Stingaree. Guess people have been making this same mistake since 1885. 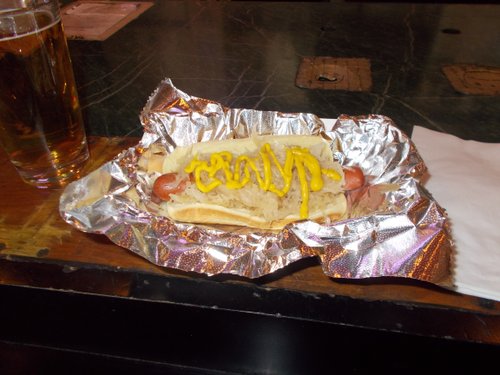