Fabrison's: crêpe lessons in the sky

Okay, aboard the 901. Looks down from the Bay bridge to the 32nd street naval base. "That's where my dad took me to see his ship, before he shipped off for the Philippines, back in the day," he says.

Ray's been a chef most of his life. "I've cooked all over the country. Forty-one years," he says. 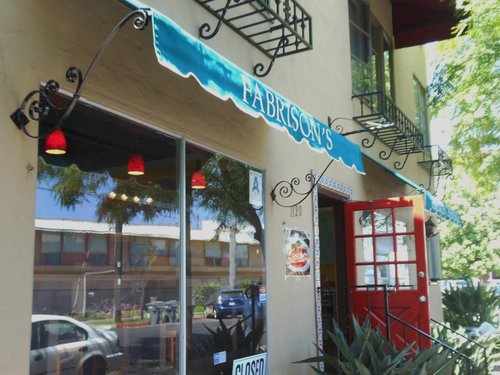 ...But maybe he's most famous at the Fabrison's stands at farmers' markets like Barrio Logan and specially the Saturday Mercato in Little Italy.

He's like a celebrity chef there, working the crowds, telling jokes, above all rocking out those crêpes a mile a minute. "I made well over 100 last Saturday," he says.

Ray says Fabrison's actually holds crêpe-making classes. But here's his secret to making their most popular one, Fabrice's Breakfast Crêpe, stuffed with sausage, bacon and an egg:

-Chop up the sausage and bacon

-Make a hole in the middle

-Crack the egg, drop it in the middle

-Grab spinner (the T-shaped batter-spreader), swirl it around, pulling, not pushing

-Leave second side cooking 2-3 seconds only!

-Fold, shape into a triangle

-Eat, quick! Nothing worse than a cold crêpe 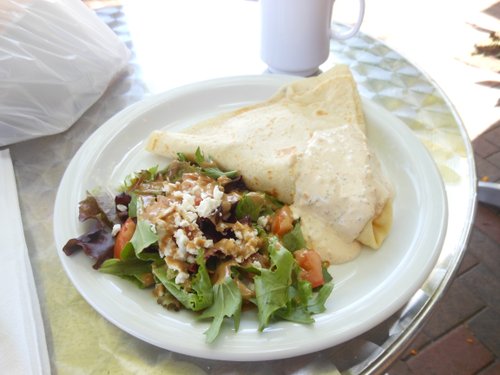 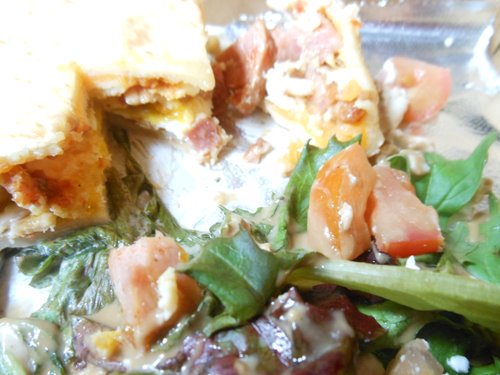 By now we're at 12th and Imperial.

"You should come, take a lesson," he says.

Hey. Maybe I will. Then set up business next door. (It's alright guys. Kidding. And you'd have nothing to worry about even if I wasn't. Ask Carla.)