Downtown: Nose to the phos at Pho Xpress

It's the aroma, getting richer and richer...

The thing about the Vietnamese soup-meal pho is the more you slurp it down, the better it gets. The more concentrated, the more flavorful.

That’s my tragedy tonight. In a rush. Truly ten minutes before the trolley. Won’t have time to parlay this pho into its full pho-tential…

Of course that’s why I came here. Vietnamese places are always muy rápido when it comes to food, plus, these guys have a name to live up to, right?

It’s in the part of town when the biz community has half an hour for lunch and they’ve gotta be outta here. So I guess they’re used to folks like me.

I come in about eight at night. 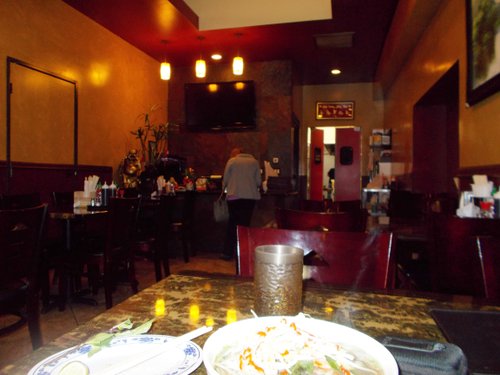 Still quite a few people in here (they close at nine). All seem to be heads down, nose into phos. I was going to have a banh-mi, the Vietnamese-French sandwich.

Phong Bach brings my pho out within a couple of minutes, steaming. 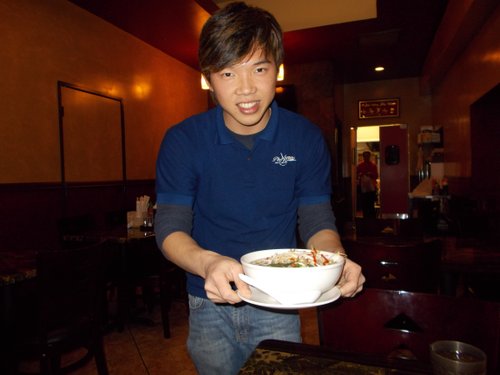 Plus the side plate of a branch of real mint leaves (I guess, or is it Thai basil?), lime, and bean sprouts. 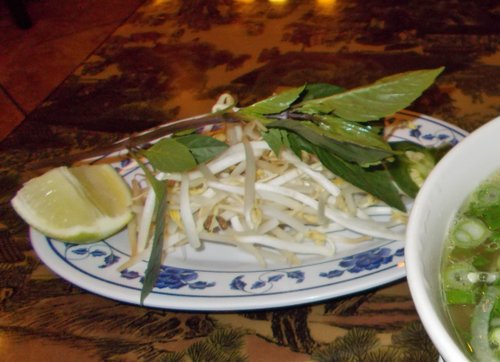 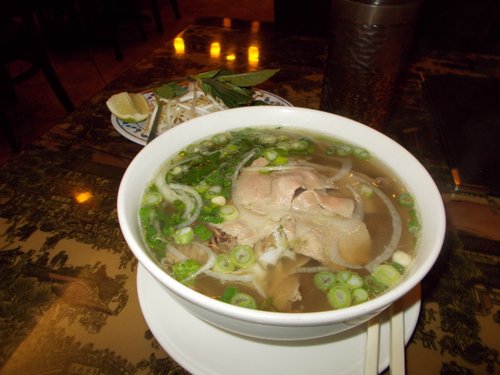 So I get some red Sriracha sauce, and then some dark brown, sweet oyster sauce, stir them in to the little bowl you get, then rip off the mint leaves. 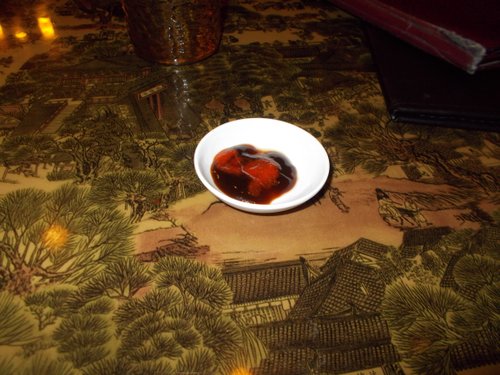 So: china spoon in left hand, chopsticks in right, I have at it. Couple of spoon slurps, the chopstick attack, picking out the beef flank, the brisket, the tripe, the rare and well-done steak slices, and ending the cycle with a heavy lift of the rice noodles.

Thing I like is here, it’s okay to hurry, leaning into your dish is OK, slurping is positively admired. Turns out Phong is from 30 klicks south of Saigon. Says his name means “White Wind.” Oh yeah. Phong, as in “phoon,” as in ty-phoon (mighty wind). Says the dish was originally called “pho bac," soup of the north. But that adding the raw veggies is a southern thing.

I eat, talk, admire the Vietnamese art on the walls. 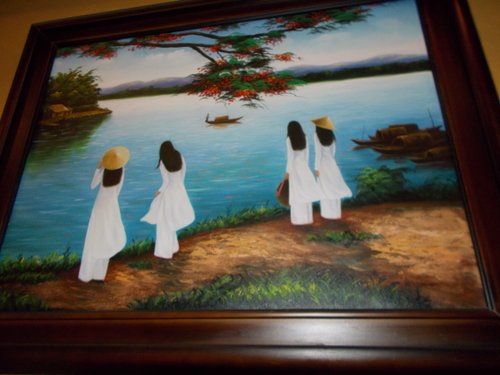 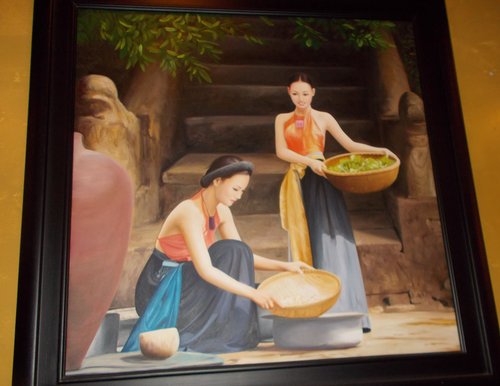 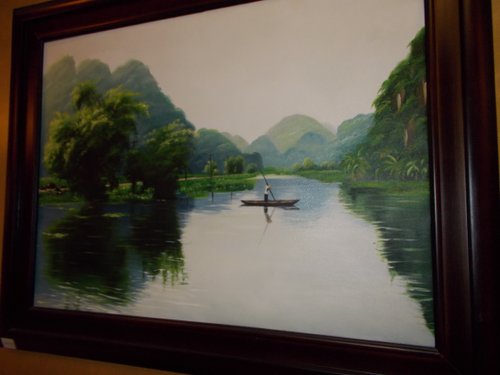 And then: Oops. Time’s up. Trolley and Carla call: gotta go. All that soup! Final slurp, pick up sandwich, make private oath to come back and do this properly.

PS: Carla gives in to my drooling back at the ranch. Flavor of her banh mi: nice grilled pork flavor, made more tart by bits of pickled daikon, and sweeter by the carrot sticks, plus cucumber, onion and cilantro. Love it. Even though it’s a mix of east and west, there’s something distinctively Vietnamese about the taste.

But really, my heart goes back to that soup-meal that's good for breakfast, lunch, or, in my case, dinner on da run. 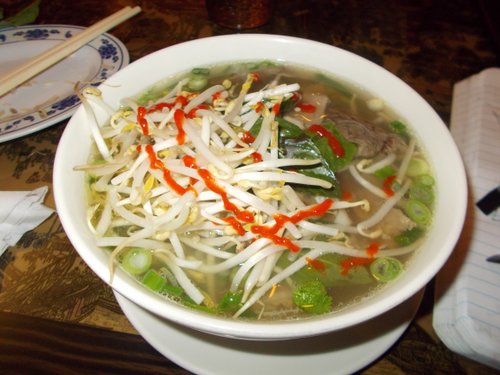 Your attempt to alliterate with the phrase "Nose to the phos" doesn't quite work because the pronunciation of pho is fuh (like the word "fun" without the "n"). Also, it isn't oyster sauce that's on the tables in pho restaurants, but rather, Hoisin sauce. It's like the Asian equivalent of a barbecue sauce, whereas oyster sauce is made from oysters and has a milder, sweeter taste and lighter texture. You were correct in your guess of Thai basil as the accommodating herb. Glad you enjoyed your experience, and thanks for highlighting a dish that, as a Vietnamese American, I grew up with as comfort food.