Harry’s reinvented the BBQ sauce, and the nation's most SW farmers' market is richer (in aromas) for it

Was at my favorite farmers’ market.

It's the one in IB (Imperial Beach Pier Plaza, 10 Evergreen Avenue, Imperial Beach, 619-397-1917) where the market’s tent city springs up right by the ocean.You see tents, surfers, dolphins, Coronado islands, ocean, Japan, in that order. 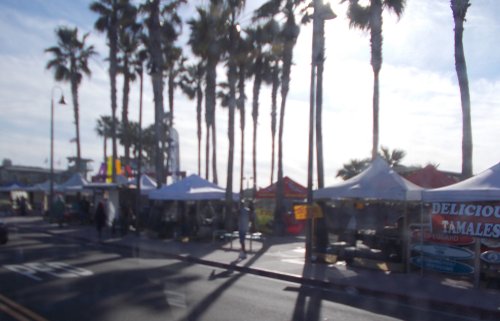 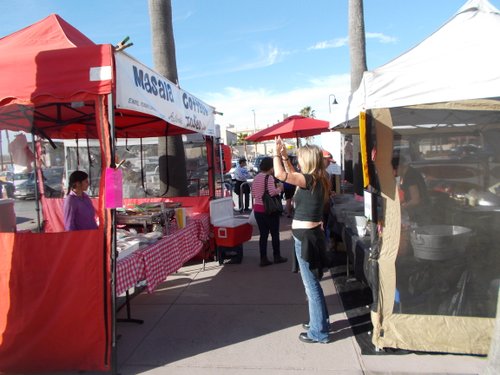 So I’m looking and dreaming when the nostrils started twitching.

Switch to auto, head back into tent alley. Arrive at Harry D’z BBQ. 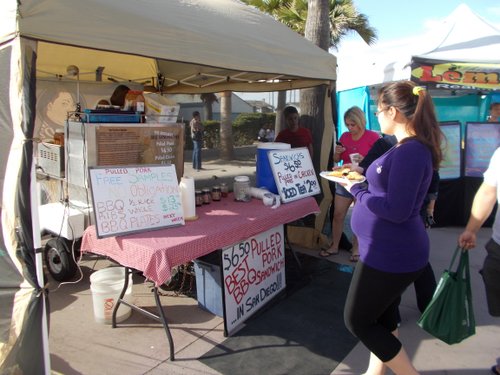 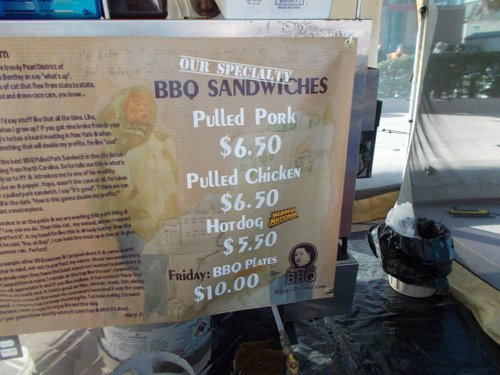 Picture of Harry D is in the logo, so I recognize him cooking racks of ribs behind the counter. 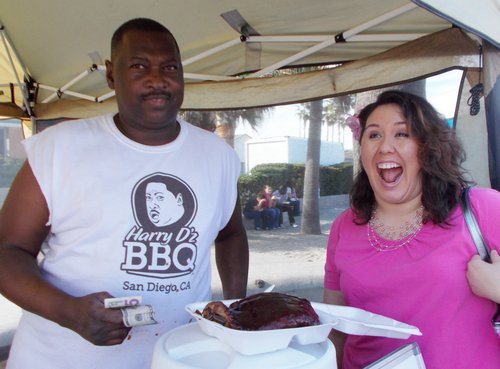 Harry and customer Starlight with her $13 half-rack of ribs

And now a mom and her two kids come up. They're getting the pulled pork sandwich. They wait while he loads up two buns with the pork. Sign says they’re $6.50... 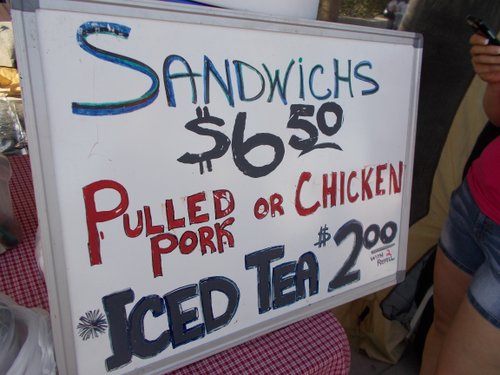 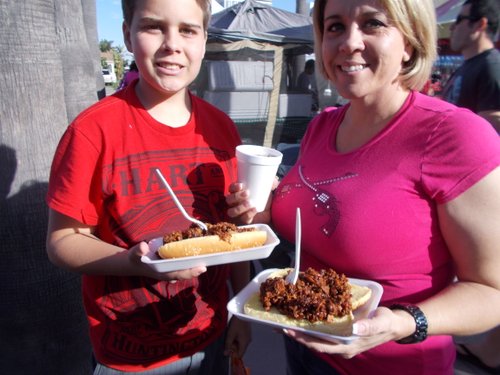 Sharee and son Zach with their pulled pork sandwiches 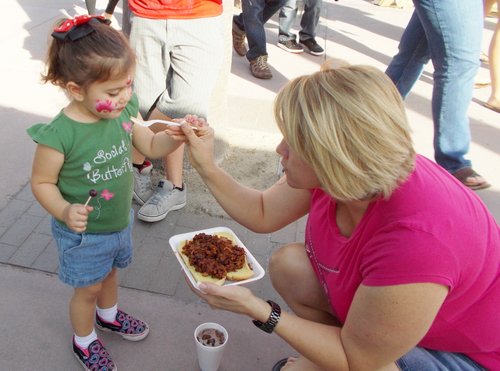 Daughter Mikyla gets a taste

Also, I see he sells his own sauce in jars (and has a full-on website with a list of the farmers’ markets he goes to, harrydzfood.com). 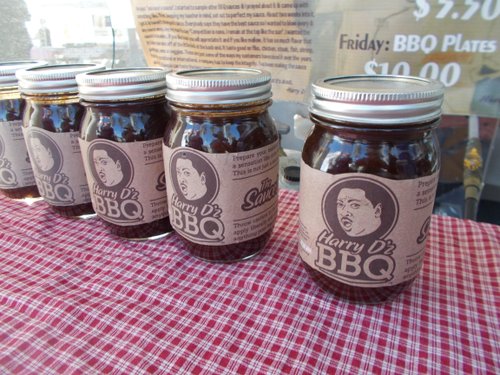 I order the pulled pork sandwich just like Sharee's... 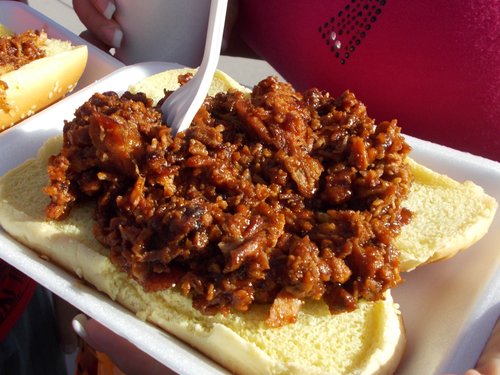 ...take a chomp, and ooh. Yeah. Sweet and smoky. It’s truly luscious, but also interesting. Not sure if it’s got that North Carolina touch — he’s from there — (and Carolina sauce is supposed to be the daddy of them all, a bit more vinegary than, say, Hunt’s Kansas City-style) but man, it keeps you coming back for another chomp.

“How did you make this recipe?” I ask.

All I can say is it’s pretty filling, pretty fulfilling. Even the 933 bus driver appreciates it. He lets me finish it before I jump aboard and we head inland.