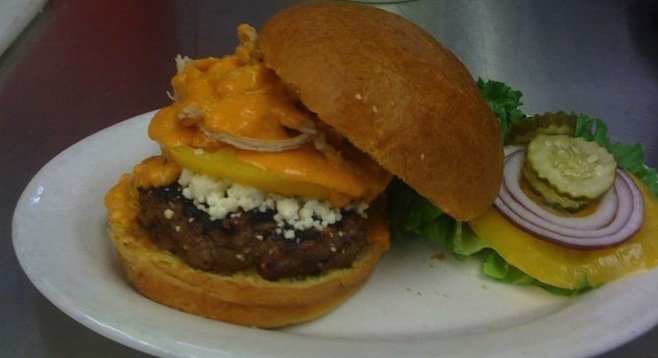 Most people take a step back in wonderment when I tell them that, growing up, I was the fat kid. I’ve since gotten a handle on my eating habits, but back in the day, I ate like there was no tomorrow. Back then, it wasn’t so much about indulging in the finest things life had to offer. All I needed was a good burger. Looking back, burgers made up a significant portion of my diet. Anytime my family went out to a restaurant, be it a steakhouse, Mexican place, diner, deli, or what have you, I ordered a burger. No one would have guessed back then that I’d grow into the discerning (or skinny) epicure I’ve become.

Even now, I love a good burger. So much that, sometimes, it’s tough to fend off the chubby youngster imprisoned under my skin to order something more culinarily interesting for the purpose of doing my job as a food writer. That probably explains why I’m so critical of places that specialize in burgers or claim to have a kick-ass burger but fail to deliver. In my mind, it’s so easy to get one right that getting one wrong is a sign of ineptness. As I announced last week, Rancho Bernardo’s Urge American Gastropub invited me to develop a recipe for a burger to go on their menu as a special. That creation is currently available and I’m ecstatic about it.

So, what’s one step up from ecstatic? I’m at a loss for the proper adjective to describe my elation over the fact that, this Friday, April 12, yet another of my burger creations will be on the menu at a local restaurant. This one is a collaborative effort between myself and Ivan Derezin, the owner of Churchill’s Pub & Grille (887 West San Marcos Boulevard, San Marcos), created to be served at that North County craft beer sanctuary in tandem with a special beer I had a hand in brewing.

The beer is Sierra Nevada Beer Camp #93 Celebrator Beer News 25th Anniversary Double Pale Ale, a robust, mega-hopped brew for which only one keg still exists in all of San Diego County. It will go on at 5 p.m. along with the burger, a capsaicin-laced physical challenge of an offering that, like the beer, is definitely not for the timid.

The patty is made of high quality ground beef with the following enhancers mixed in: cumin, paprika, ginger, and oh yeah, spicy tikka masala paste. Adding to the incendiary qualities of this pepper bomb is what we’re calling “Ivan Hates You” feta cheese sauce. A pub with serious English influence, Churchill’s offers numerous Indian dishes and curry that comes in at various heat levels like “mild,” “hot,” “extra spicy,” and...“Ivan hates you.” Did I mention this guy grows a number of rare blow-your-head-off-hot chilies behind the restaurant? He likes him some heat, as do I, and he’s not afraid to share the love…no matter who gets hurt in the process.

Billed as the Ivan and Brandon Hate Your Taste Buds Tikka Masala Burger, it will also include crispy fried onion strips and habanero pepper threads, and some heirloom tomato slices to at least create the illusion of a cooling element. It’s less gourmet, but definitely not the type of burger you’re bound to find on any menu here or pretty much anywhere. 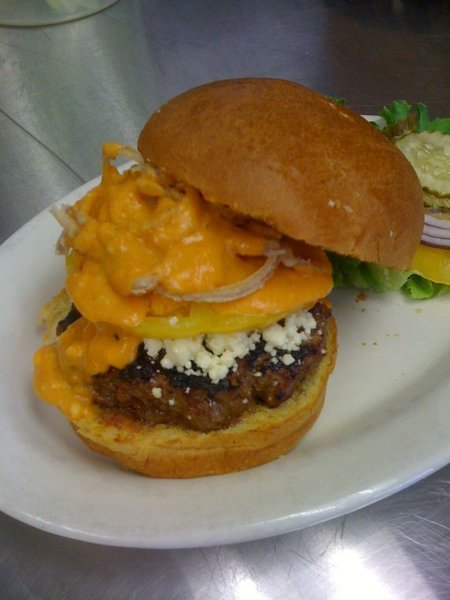 If this sounds up your alley, give it a whirl. And, hey, there’s no shame in getting some of the hot stuff on the side so you can sample it instead of daring yourself to down it all. And if you’re more a hop head than a hot head, come on over and get the beer and skip the burger altogether. Be true to yourself and your spice tolerance, and hopefully we’ll see you on Friday!