In Rancho Bernardo, the trio is known as “the brothers.” For two of them, Nate and Zack Higson, this makes perfect sense. They’re brothers, after all. But for Grant Tondro, who met Zack many years ago in driver’s ed, inclusion in the group speaks of just how close these three have grown over time, not only as friends, but as entrepreneurs.

Over the past several years, they’ve worked together to bring two RB restaurants to life—The Barrel Room and Urge Gastropub. The former is a wine-focused business, the latter a craft beer haven. Both have been like children for Nate and Grant, and now, Zach’s getting his own baby—a retail outlet serving fine edible and quaffable specialty items called Brothers' Provisions (16451 Bernardo Center Drive).

Located in a retail center two blocks from the trio’s existing businesses within a space formerly occupied by Chicago Title, the upscale grocery will, as one would expect, have a wide array of craft beers and standout wines for sale. An immense inventory of bottles will be stored in a walk-in cooler against the store’s east wall. Wine for sale to-go will be stored in an area just off from the main space next to a closed-off, temperature-controlled room designated for reserve wines and cigars. 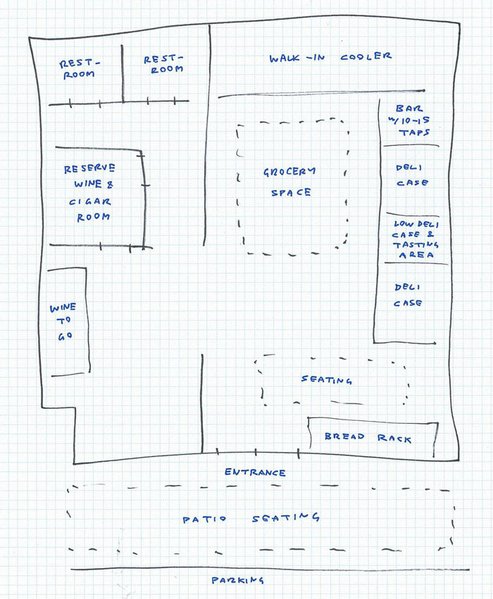 I could show you photos of a construction site, but this rough sketch of Brothers Provisions' floorplan is probably more helpful.

Brothers' Provisions will also have beer available for consumption on-site with 10-to-15 taps at a bar abutting a 24-foot-long row of deli cases housing charcuterie, pickled items and no less than 125 different cheeses. That fromage will be cut to order and never shrink-wrapped. Fresh bread will be available on its own or as part of sandwiches served up from the deli counter which can be enjoyed indoors or on a patio sporting seating for 30. There will also be a number of specialty dry goods for sale. 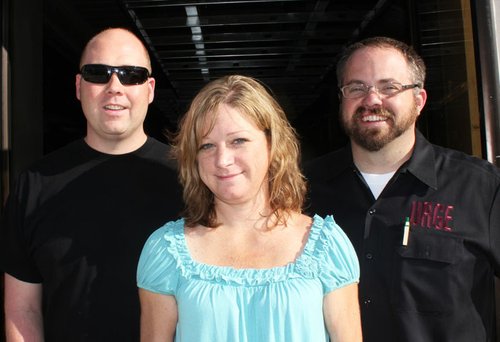 In hiring a seasoned professional to oversee this operation, the brothers sought out Michelle Leamer, formerly of Venissimo Cheese Shop. She certainly has the experience needed to head up what is a similar operation, and will work closely with Zack to make sure his baby grows up big and strong.

In building Brothers' Provisions, which is scheduled to open sometime in November, the brothers—self-admitted foodies—hope to appeal to people like them who spend their weekends traveling from farmers markets to cheese shops to specialty grocery stores to get all of the items they want for a meal. They enjoy the hunt but concede it takes too much time, making having as much as possible under one roof a helpful time saver.