I've recently bemoaned being charged more than I thought was fair for a sandwich I felt lacked luster. Happily, I had the opposite experience today at the Deli Llama in Hillcrest.

The little sandwich shop on the corner of Fifth and Pennsylvania has a delightful circus/Victorian burlesque theme that mandates velvet tapestries and sandwiches named after carnival acts. The whole thing isn't entirely overdone, so it stops short of irksome and is ultimately very charming. 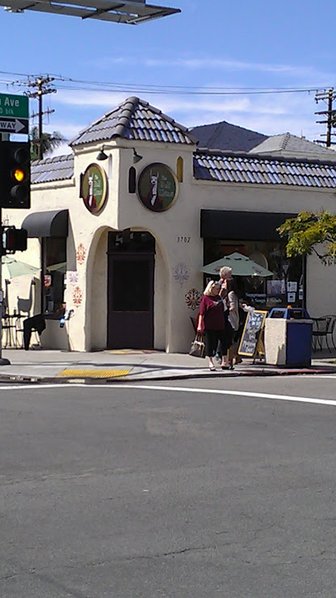 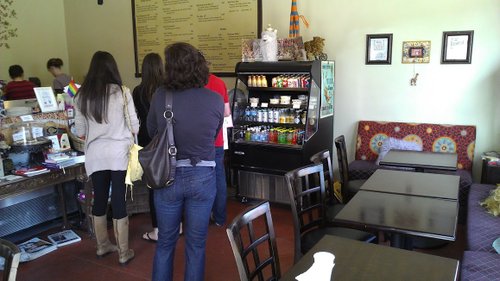 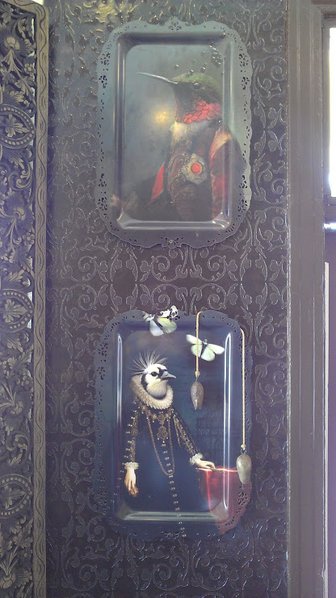 In addition to the offbeat style of the place, the sandwich at Deli Llama was quite good. A "Knife Thrower" ($7.50) was the name given to a toasted pastrami on rye. It was filled with Boar's Head meat, swiss cheese, mustard, onion, and sliced tomato. This is a pretty basic combination, but the staff at Deli Llama managed to maintain the cardinal virtue of keeping everything in the proper proportion. There was enough mustard that the sandwich had zing, but not so much that it exploded out the sides with every bite. There was an adequate ratio of meat to cheese. It was, in short, built correctly. 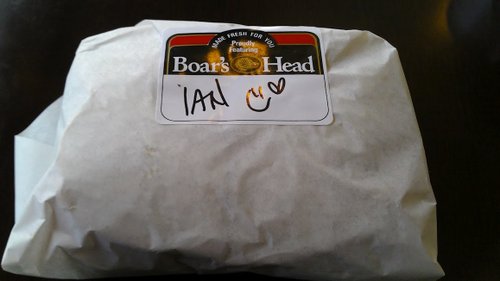 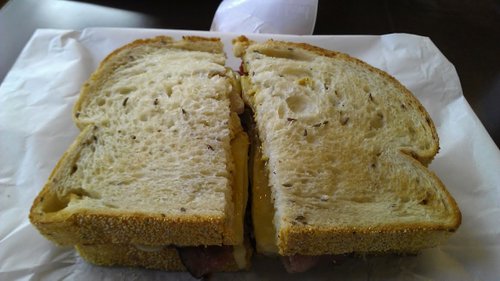 The only real shortcoming of the sandwich was that the meat could have been a bit more judiciously trimmed before slicing to remove some tough bits that were impossible to bite through; and which ultimately caused a few slices of pastrami to be torn from the sandwich before their time.

The menu is restricted to sandwiches, salads, and soups. Items are, for the most part, classic lunch counter fare: Turkey club, cobb salad, BLT, etc. But a few novel choices--like the brisket sandwich ($8.95) with blue cheese coleslaw on a torta style roll--promised potentially good discoveries in the event of a return trip.

Thank you, Ian! That is so kind of you to take the time to write this :) We don't have a kitchen, so we are limited to "non-cooked" food... at our next location, we will have a kitchen and add take-out gourmet meals :D Looking forward to seeing you again! you rock!