When I decided to sell my home, right in the middle of the mortgage meltdown of 1998, I left my furniture in it so it would show better. I furnished my new apartment with a combination of Ikea and Goodwill shabby chic. It’s served me well.

The problem is, the house sold quickly, and I had to put all my “real” furniture in storage. Four years later, most of it is still there. So, every couple of months, John and I head to Public Storage in Miramar for a day to reclaim our belongings little by little. This means we have to find someplace to eat among the approximately nine hundred thousand taco stands, sandwich shops, and Indian buffets that line Miramar Road from the 805 to the 15. 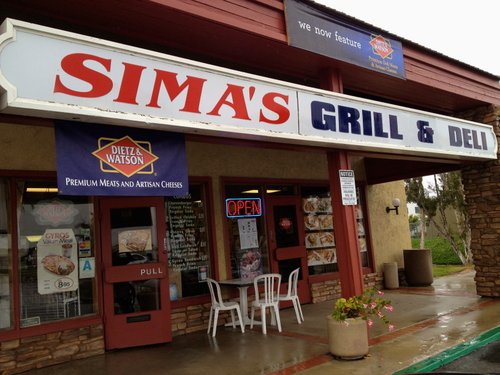 Enter Sima’s Grill & Deli. It’s not the prettiest place, but it’s spacious and has a decent variety of menu items, with soups, salads and sandwiches at reasonable prices. Service is fast and friendly. 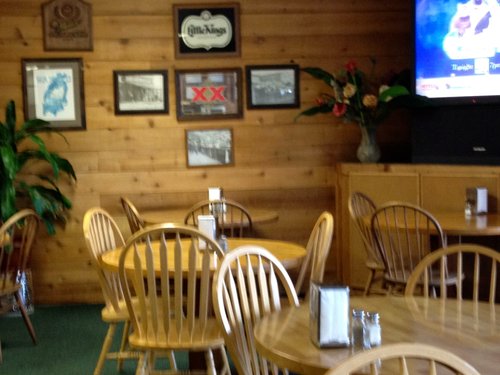 I got a gyro sandwich ($5.55). It was pretty good, actually. The meat was juicy and not greasy, the pita soft and warm, and the lettuce, onion and tomato were fresh. I liked that the garlicky tzatiki was on the sandwich and not in one of those dinky cups. It was a generous sandwich, and hit the spot after a long morning of picking through my dusty storage unit. 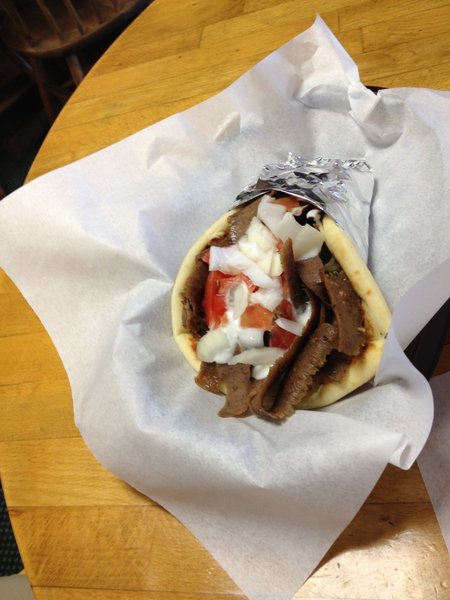 John got a simple burger ($3.95) with fries ($1.75). The menu states that burgers are formed daily, but I couldn’t confirm that from the looks of it. I'm not saying they aren't, but it was hard to tell. It was dressed up with mayo, tomato slices and a huge chunk of iceberg lettuce. I didn’t take a bite, since I was nursing a cold, but John said it was decent, a bit on the dry side, but not inedible. The fries were okay, crisp enough, but the oil they were fried in seemed a little old. 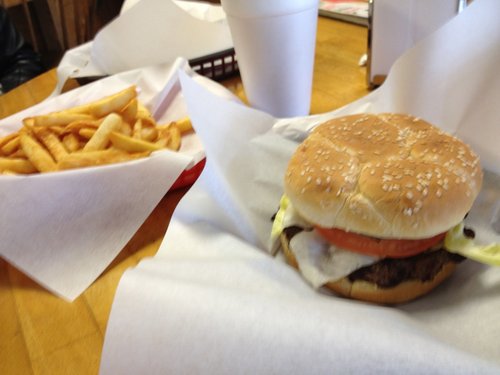 And if you know anyone who needs an Ikea bedroom set, give me a call.