I was recently asked: “If it were the last meal of your life, what would you eat?”

I’m used to being the one asking people questions, but once the amazement that somebody was actually soliciting my opinion for a change wore off, I found myself befuddled for a whole new reason. That’s a serious question.

It shouldn’t arouse as much deep thought as it did for me. I mean, obviously I’m not going to be held to anything I say. Nobody can figure when my last breath will come, grocery shop then cook accordingly. Still, I found myself working on this hypothetical query for some time, typing out long lists of delicious ingredients I’d want—no...need—a bite of before I kick the proverbial bucket.

I came up with some composed dishes, but for the most part, found myself listing ingredients. The fact most of them were proteins—the majority of them succulent, fatty ones—explains my high cholesterol and says a lot about my personal tastes (though soft-shell crab and escolar made the list). After I’d run through duck, pork, rabbit, and carne asada, I started to think of items other than meat that have meant the most to me during my time on this fast rotating orb. That’s when it occurred to me—before I checked out I needed a platter of Venissimo Cheese Shop’s finest.

No joke—the mere thought of a trip to Venissimo so stirred a yearning for funky, runny fromage that I found myself at their counter less than 24 hours later trying cheese after cheese looking for the best mix to bring home and pair up with Marcona almonds, preserved fruits and, of course, craft beer and wine. This resulted in a full stomach, a slight buzz, and gratification about the fact that Venissimo exists…and I don’t have to be on my way to the afterlife to get a bite. If I have it my way, there’ll be many more trips there before the big sayonara. I’ve never had a bad experience at any of their three San Diego locations. 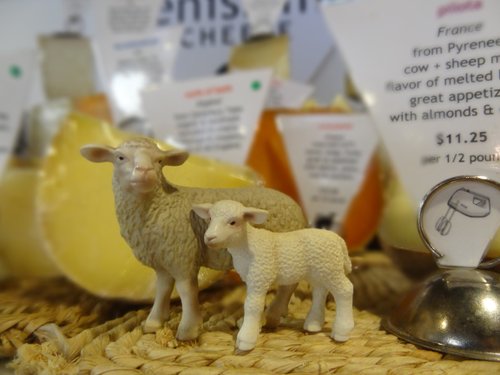 It would be hard to, considering you can get a full-on education from the staff, who’ll serve you up anything you ask for pre-purchase. If you find yourself in such a blissful state that your memory melts like mozzarella in a wood-fired oven, there’s always the receipt of purchase, which lists all the specifics about the cheeses including the foods and drinks they pair best with.

It’s good to see businesses like this grow and I’m happy to write Venissimo’s recently moved out of its Del Mar location to a larger, 1,200 square foot space located at 2650 Via de la Valle, #C140 in the Flower Hill Promenade. A grand opening celebration that will include a special "cutting of the Parmegiano" will take place on Saturday, July 7. Complimentary treats will be offered to attendees all day long with the rite of whey occurring at 3 p.m. 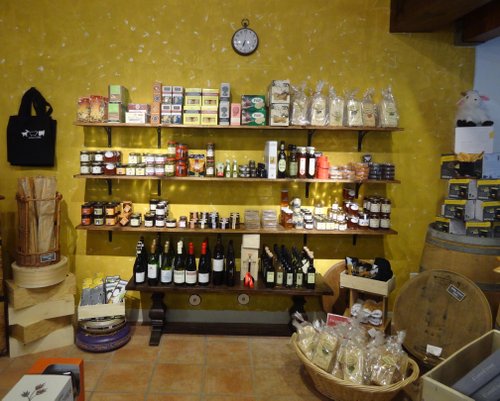 The extra room at their new spot will allow them to hold Academy of Cheese educational classes on subjects ranging from cheese pairing to cheese making; and make space for patrons to have a seat and enjoy a warm baked camembert, cheese and charcuterie board, or Venissimo’s version of a grilled cheese panini—the venini. Wine and craft beer are also available, making it even easier for people like me to fulfill their last wishes…even without the Great Unknown staring them in the face.

Impressive. I hope the larger space reeks as deliciously of cheese as the current space. It's well-contained in the current, modest space. I can almost taste-smell it now.

Cheese is my last meal, too, along with a good baguette and enough vin ordinaire to go around!